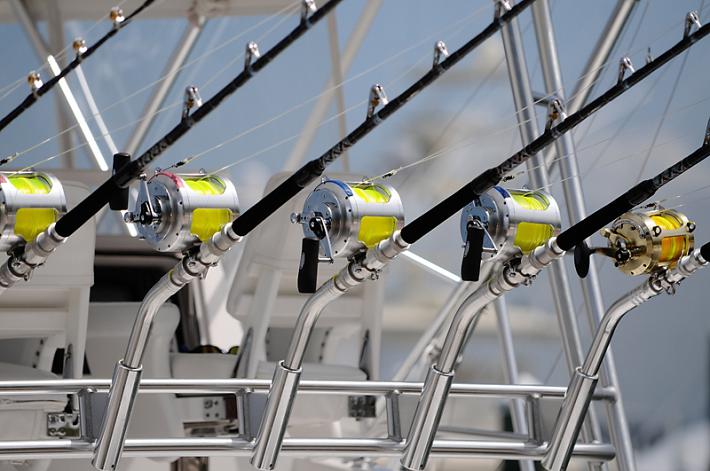 Where to Find the Hottest Fall Fishing Action

Fall is here, and as the calendar moves on, so do the fish. As summer winds down and weather and water temperature changes begin, migration patterns are in full effect, meaning the fish are on-the-move. Knowing where to fish and what to target will ensure an active fall fishing window ahead of the big Bahamas wahoo tournaments in November (such as Bimini Wahoo Mayhem, Wahoo Smackdown) and the Costa Rica billfish tournaments starting back up in January. We caught up with HMY Yacht Sales Professional Brian Komer to get the skinny on where you can find the hot action, offshore and inshore, during fall. Born in North Miami and raised in Palm Beach County, Brian grew up backcountry fishing with his family in the Florida Keys which quickly progressed into his love for offshore fishing, especially in south Florida. He may be slightly location-biased, but he’s not wrong when he says, during fall, “South Florida and down into the Keys is a major hot spot.”

WHERE TO FISH & WHAT SPECIES TO TARGET

Florida—particularly on the east coast, from central Florida in places such as Fort Pierce and Cape Canaveral, south to the Keys—is unsurprisingly still a hotbed of activity in the fall. The main attractions are the hard-charging sailfish and they deservedly get tons of attention. The tournament circuits (live bait, dead bait, anything goes) kick off the first week of November and run through April, from Palm Beach down to the Keys (following the migratory pattern down the narrow continental shelf). 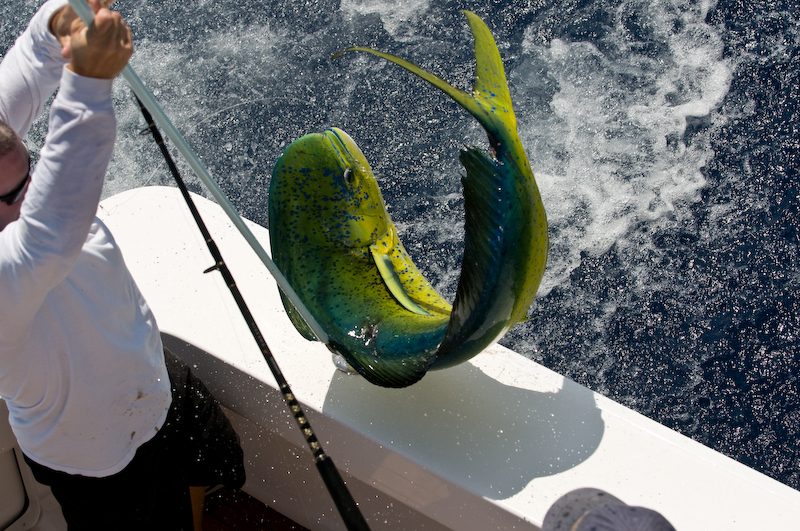 Brian loves this time of year in south Florida because, in addition to sailfish, anglers have a chance to catch a wide variety of sportfish, including cobia, dolphin, blackfin and yellowfin tuna, and wahoo. 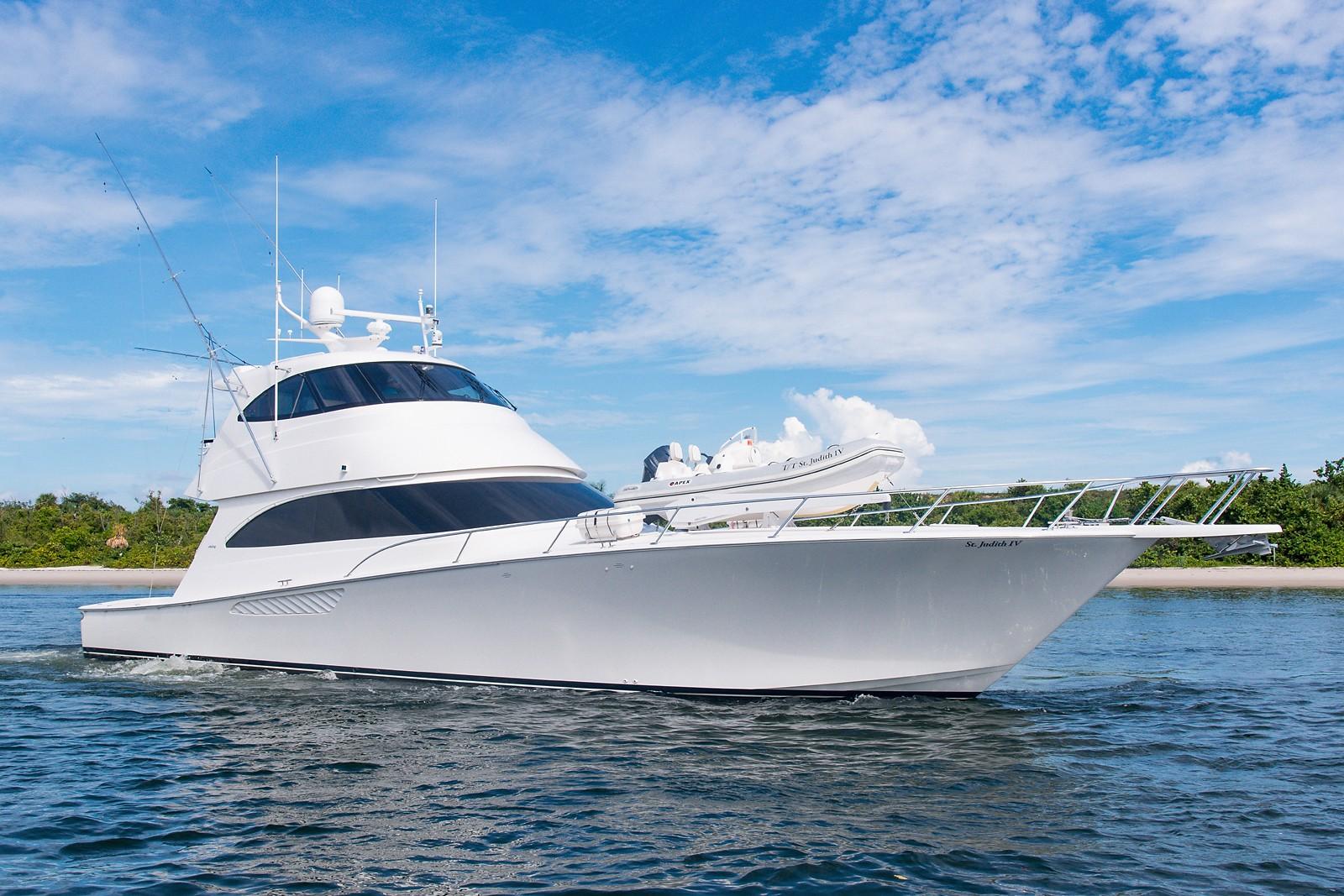 And because the shelf is less than two miles from shore, it’s accessible to all types of vessels. You can be in a 20’ center console or a sportfish such as this 2013 Viking 66’ Enclosed Bridge and be right next to each other catching the same thing. Feel like staying inshore? No problem. From the surf you can land snook, tarpon, crevalle, and smaller pompanos. And once October is here, get ready for the mullet run, which brings in even more predators, including the big blacktip spinner sharks.

If you’re looking for marlin, this is your honey hole. Brian says the white marlin fishing here, particularly around New Jersey, Maryland, and Virginia, is phenomenal and overall, it’s been a crazy season. 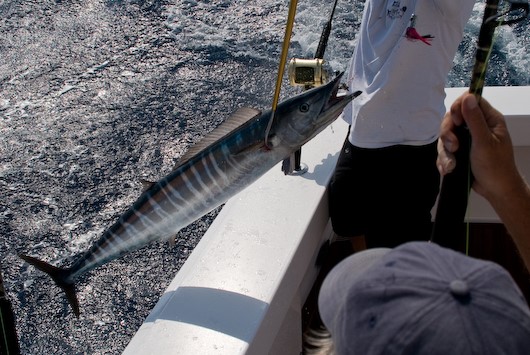 Offshore anglers can also land the occasional blue marlin, as well as yellowfin and big eye tuna and wahoo. This will continue through September and into early October before they start migrating. Inshore you’ll find plenty of striped bass, flounder, and fluke. 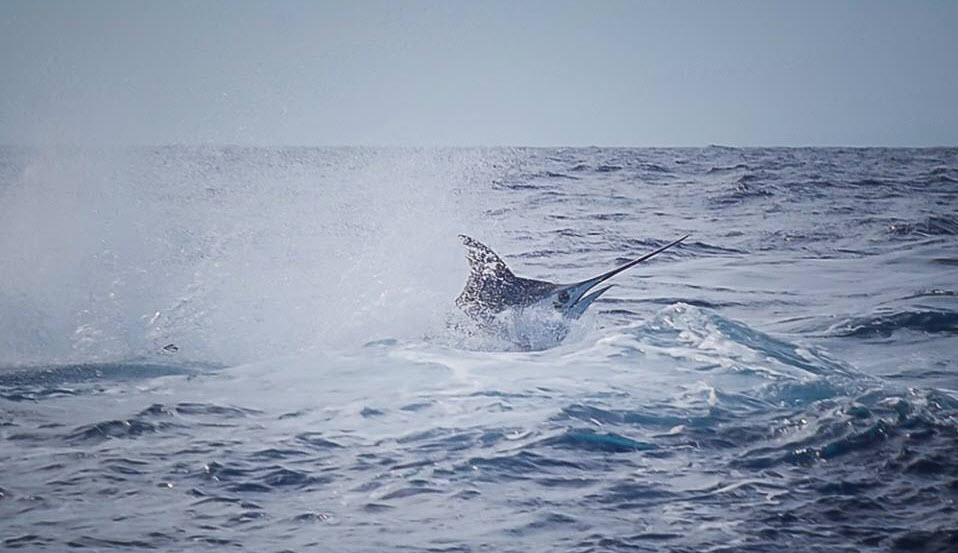 Up around that same Montauk area, Mike says this time of year you can look forward to a big white marlin bite. A little farther Northeast, not to be forgotten is Prince Edward Island, where Mike says you can experience some of the absolute best blue fin tuna fishing. It’s catch-and-release only and the season ends in mid-October, so don’t delay if you want to corral one of these 1,000-pound behemoths. 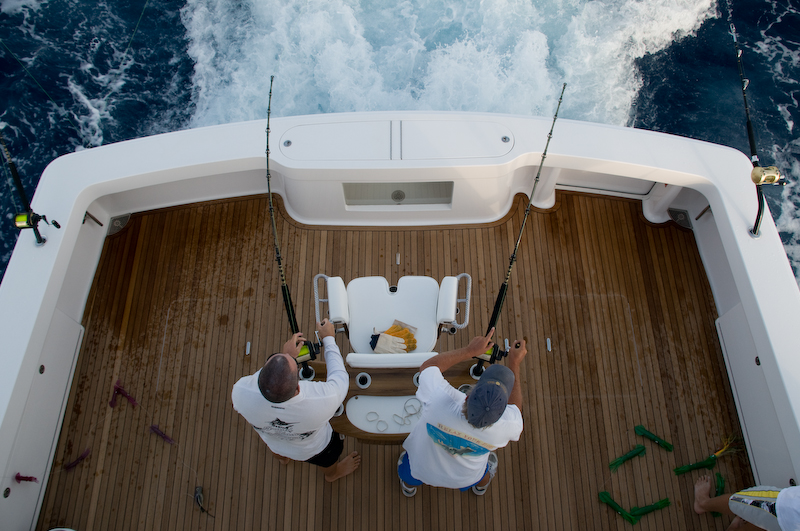 If you’re looking to head even farther south, you’ll find solid blue and white marlin action from September to October around the Dominican Republic. And on Mexico’s Pacific side, mid-late October sees big billfish tournament action heat up with Bisbee’s Los Cabos Offshore and Black & Blue tournaments, signaling it’s time for the chase. Wherever you go to chase your unicorns, have fun, be safe, and enjoy the time on your boat.