Owned by MIASF and produced by Informa Exhibitions, the Fort Lauderdale International Boat Show is heading into its 59th year, now with more than 1,500 boats on display and three million square feet of exhibit space. HMY Yachts is known for having one of the largest and most beautiful FLIBS displays in the industry year after year, and 2018 is expected to be even more extensive. This year, HMY is showcasing over 50 new, pre-owned, and brokerage vessels ranging from center consoles to luxury motor yachts. As the exclusive dealer for new Viking Yachts, Princess Yachts, OKEAN Yachts, and Cruisers Yachts, we're looking forward to displaying the newest models and innovations from all four manufacturers. 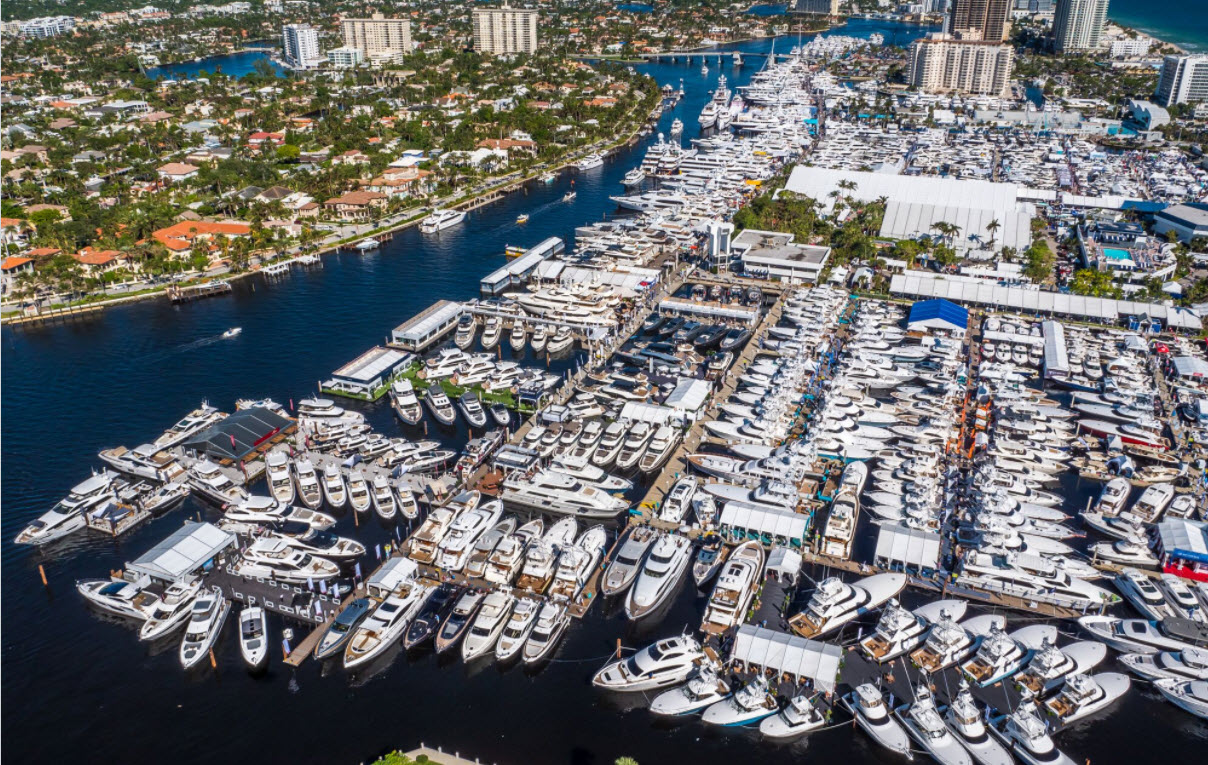 December’s telecast will be modeled after NBC Sports’ North American International Auto Show Special and will showcase the newest vessels, technical innovations, and performance reviews, as well as highlight the area’s lifestyle amenities. Additionally, a “Best of Show” trophy created by industrial designer Derek Jenkins will be presented to the most innovative new model design on display.

“We are thrilled to partner with NBC Sports Group and bring the Fort Lauderdale International Boat Show to a national television audience,” said Phil Purcell, MIASF CEO/President. “We are proud of the positive impact the show and the marine industry have on the South Florida region and the State as a whole, and we welcome the opportunity to share some of the show’s spectacular exhibits with NBCSN’s viewers,” he added. 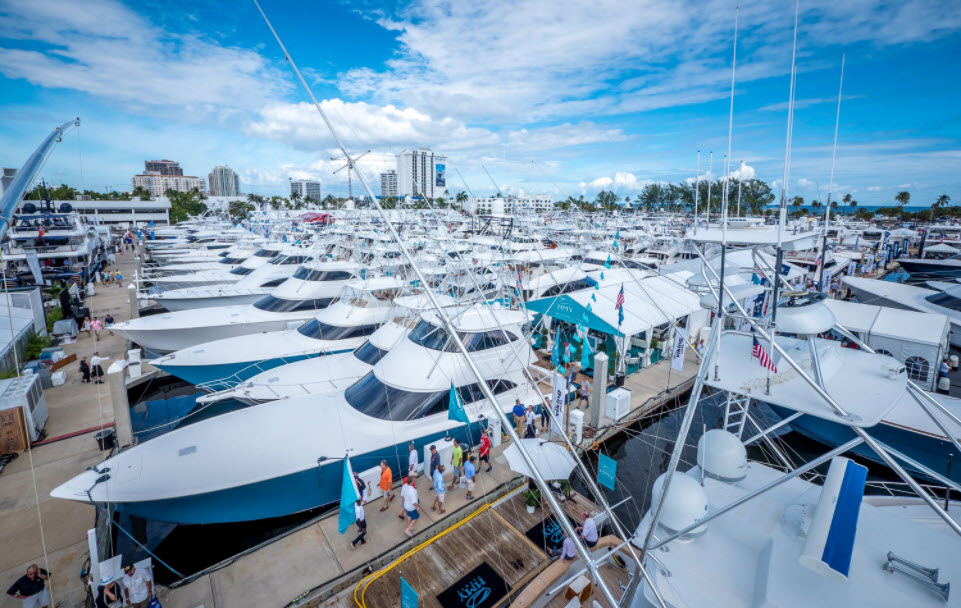 “The goal is to showcase the boats, the lifestyle, the event and then the region,” said Phil Purcell, MIASF CEO/President. “Why does the biggest show in the world take place in Fort Lauderdale? Because it’s the refit and sales capital of the world, with an $11.5 billion economic impact in the region.”

“No other show in the industry has a major uplink to a major network affiliate,” Purcell said. “The result will be an hour special. But the bigger picture is, how do we leverage some of the other assets that NBC has, like Squawk Box and the Today Show?” 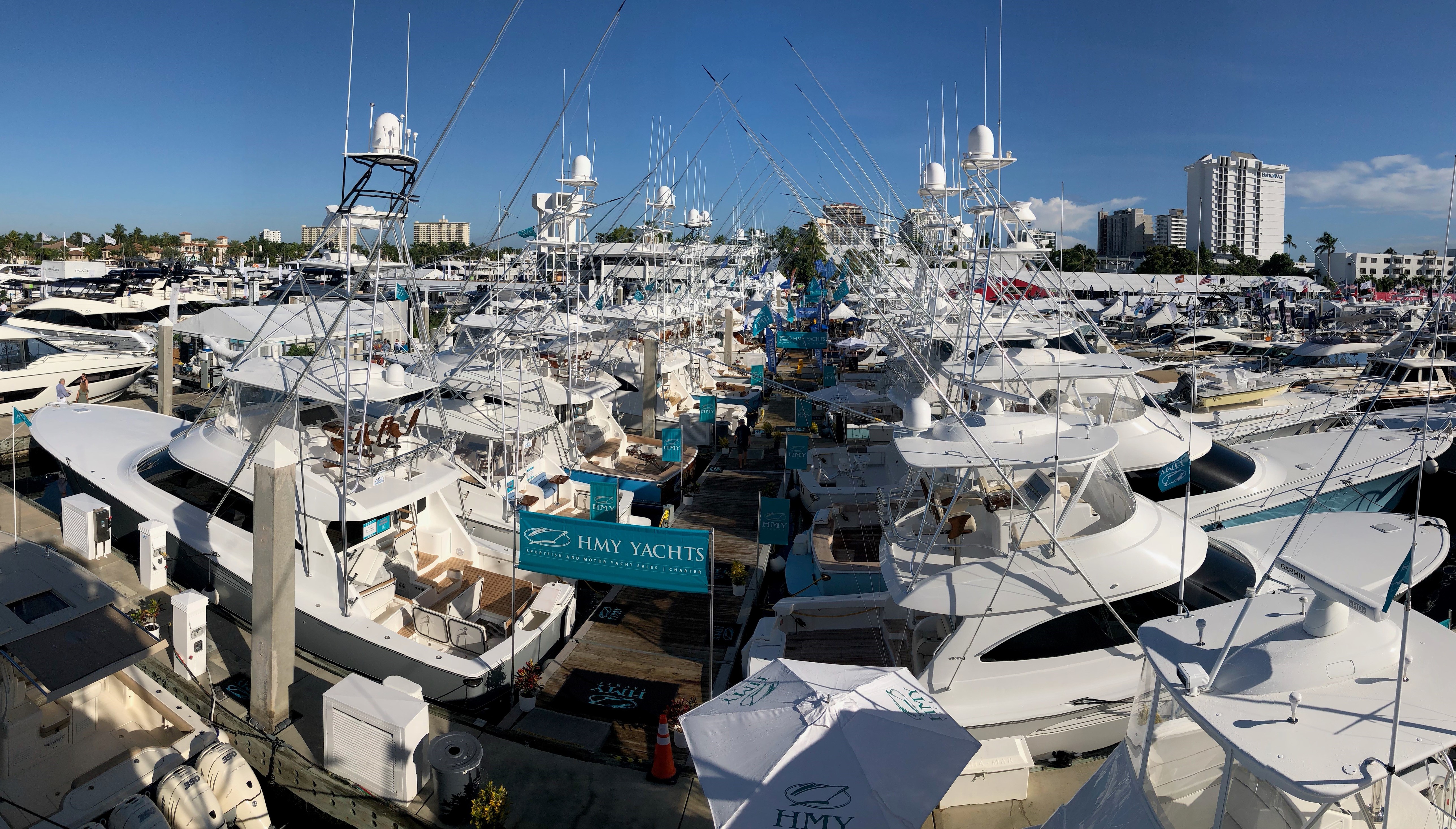 NBC owns broadcasting rights to the Super Bowl as well, and a lot of franchise owners and coaches are also in the boating industry. Purcell hopes this will spawn other shows focused on the overall national boating industry in locations across the country.

“You have fishing shows, flip a house, flop a house, RV shows, but no shows about how boats connect families, whether it’s a paddleboard or a 13-foot Whaler or a yacht,” Purcell said. “We’re the cornerstone and the centerpiece, but the octopus has tentacles that can go out and bring these people into the community.” 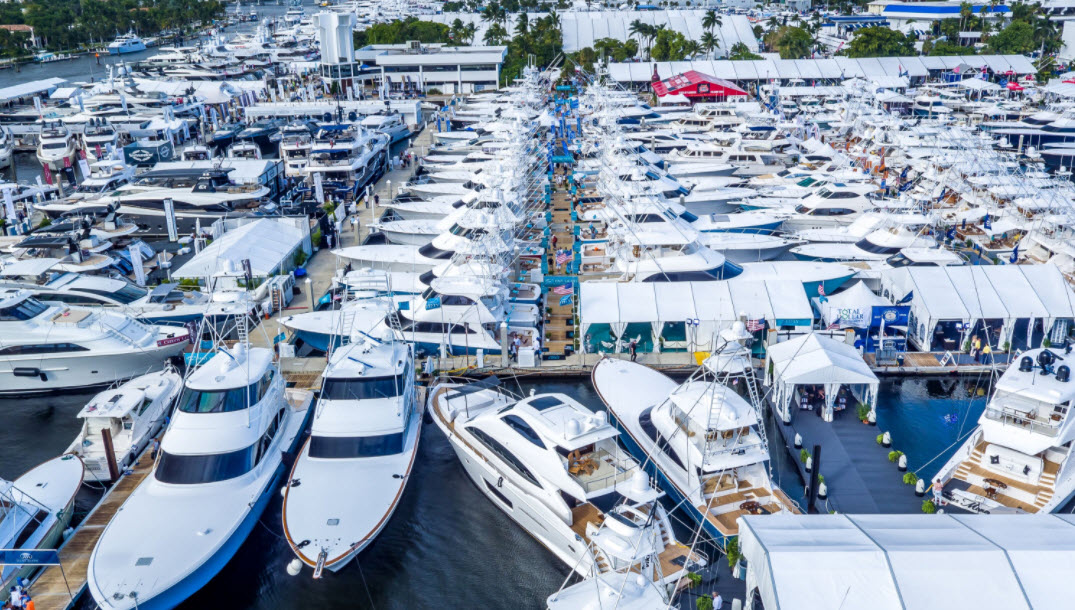 “Informa is excited to showcase the Fort Lauderdale International Boat Show to a national audience on NBCSN,” Andrew Doole, VP and General Manager of Informa Exhibitions said. “The program will be a unique inside peek into the diverse world of boating that will appeal to all ages and all budgets.”

“The Fort Lauderdale International Boat Show represents some of the finest yachts and high-performance boats in the world, and we look forward to showcase this world-class event on NBCSN,” said NBC Sports Group Senior Programming Director Jeff Macaluso.

The Marine Industries Association of South Florida (MIASF) is the largest trade organization in the Southeast United States dedicated to promoting, protecting, and growing the 110,000 middle class jobs in Broward County and 136,000 jobs regionally driving the economic output to $11.5 billion regionally. Created in 1961, the not-for-profit trade group is focused on the sound growth of the marine industry in the South Florida Region to benefit its members and their customers, communities, and the environment. The Association has over 500 members in Broward, Miami-Dade, and Palm Beach counties and is the owner of the Fort Lauderdale International Boat Show. For more information, contact Kelly Skidmore at 954-524-2733 or kelly@miasf.org

With over 200 trade and consumer exhibitions annually, Informa Exhibitions is a global market leader in such end markets as Boating, Beauty, Construction & Real Estate, Life Sciences, Maritime, Health & Nutrition, Agriculture and Pop Culture. Through face to face and digital channels, its transaction-oriented exhibitions enable communities to engage, experience and do business. In doing so, Informa brings together people who want to buy and sell, network, do business and gain inspiration. Informa’s industry insight, coupled with its innovative and entrepreneurial approach, provides them with the opportunity to create business advantage and access markets. Informa Exhibitions is a division of Informa PLC, a leading business intelligence, academic publishing, knowledge and events business, creating unique content and connectivity for customers all over the world. Informa PLC is listed on the London Stock Exchange and is a member of the FTSE 100.