Viking Yacht Company has set into motion an ongoing development program which will allow them to have the youngest fleet in the marine industry. In true Viking fashion, another winning sportfish model has been expertly crafted and is gearing up to make its much anticipated debut as an addition to the top-of-the-line Viking fleet. Late last week, the new Viking 48 Convertible finished up its last of many extensive engineering sea trials. Now, surrounded in excitement, the new model is on its way to Florida on a four-day shakedown run in preparation of its debut at the 20th Annual VIP Boat Show preview at the Viking Yacht Service Center in Riviera Beach scheduled for January 29-30, 2016.

Built in the unwavering Viking tradition of excellence with relentless attention to detail, the new 48 Convertible features an attractive three-stateroom, two head layout with a spacious salon and galley. As a slightly scaled down model in the Viking tournament yacht family line, the Viking 48 C effortlessly combines luxury and power making it an undeniably superior fishing machine. It is everything you have come to expect from Viking Yachs, and so much more, as the industry-leading company proudly approach their 52nd year of continuous operation. 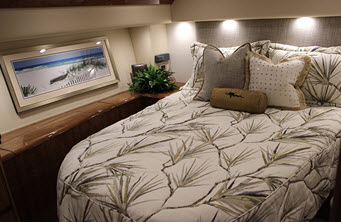 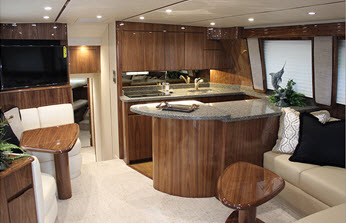 After the Viking 48 Convertible makes its initial debut in late January at the Viking VIP Boat Show, it will then head down to Miami to give Yachts Miami Beach show attendees a first look in February.