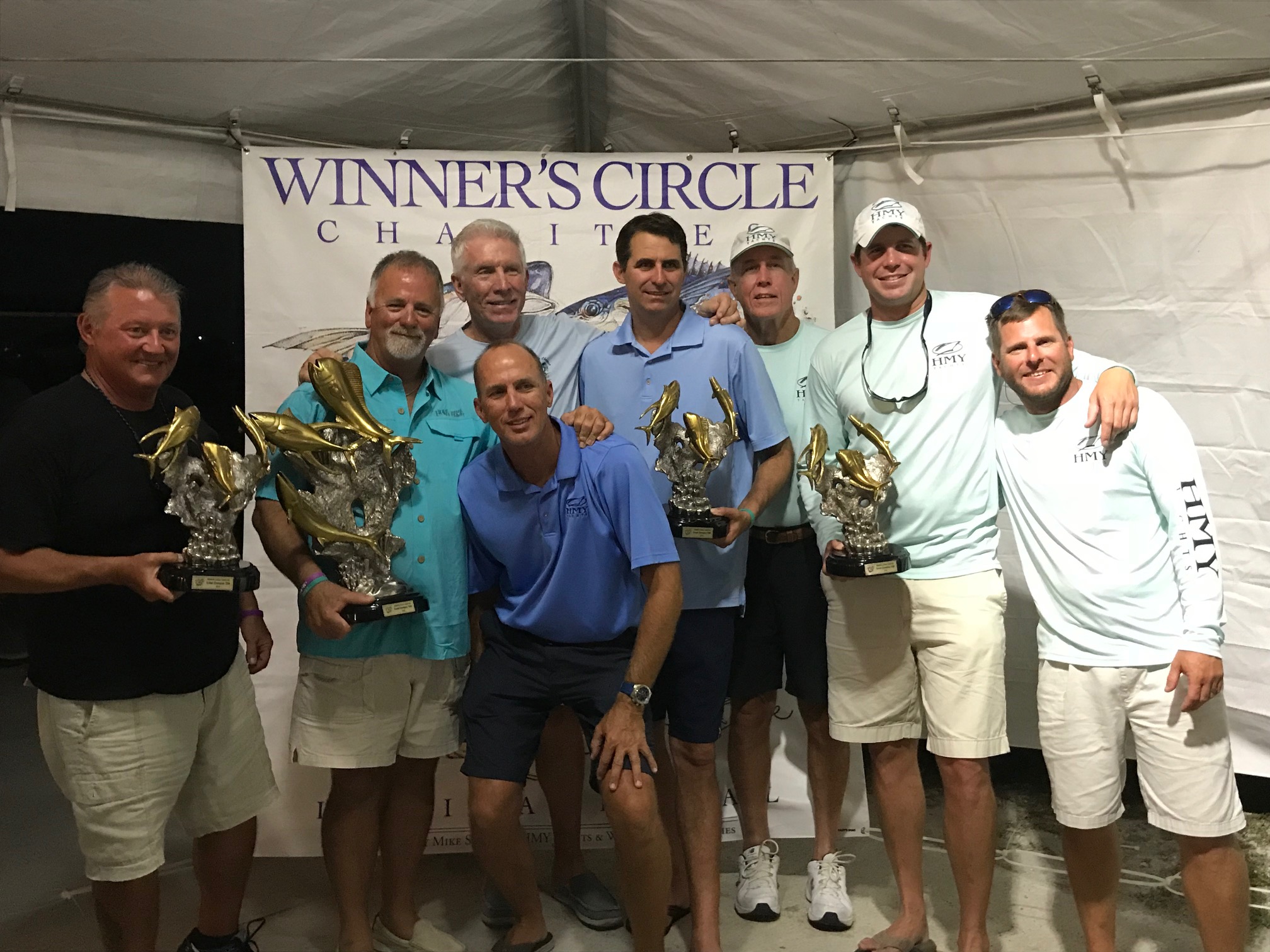 Tom and Alison Beckmeyer bought 70’ Viking Mr. LTD through HMY Yacht Sales Professional Mark Mitchell this past September, and this was the first Bahamas trip and tournament for the boat. With Mitchell as their captain and Alicat Fishing Team aboard, they caught all three fish species on the first day. This relieved some pressure on the team, but they knew they needed to catch some bigger fish to gain a little weight on the leaderboard.

Mitchell recalls scoring the tournament record 99 lb wahoo on day one, “About ten minutes before I wanted to pull lines and start running back we had a big bite. We didn’t know how big the fish was until we got it close to the boat, but when it was about 50 feet off the transom, the fish went nuts. That’s when we knew we had a BIG wahoo! Tom Gresh played it perfect on the rod, and Nick Lansing got the gaff shot and pulled it in. Everyone went nuts when it hit the deck.”

Day two was just as exciting aboard Mr. LTD. After catching some early dolphin, they went after tuna, which was tough at first. Around 1 pm, Alicat Fishing Team found two birds and had two big bites, one pulling the hook. Owner of Mr. LTD, Tom Beckmeyer, fought the second one.

“We knew it was a big yellowfin after a few minutes,” Mitchell recollects reeling in the tournament record 115 lb tuna, “Tom was impressive on the rod and had the fish to the boat in 20 minutes. Tom Gresh and Van Mitchell gaffed the fish and another celebration ensued on the boat. We were in great shape for first but still had another day of fishing left. Luckily, the stars aligned for our team and we stayed in first place through day three to win the tournament.”

Mark Mitchell would like to thank Alicat Fishing Team and everyone who kept their cool and worked hard to land the win including Owner Tom Beckmeyer, mates Nick Lansing and Tom Gresh and anglers Van Mitchell and Dean Ganzhorn. 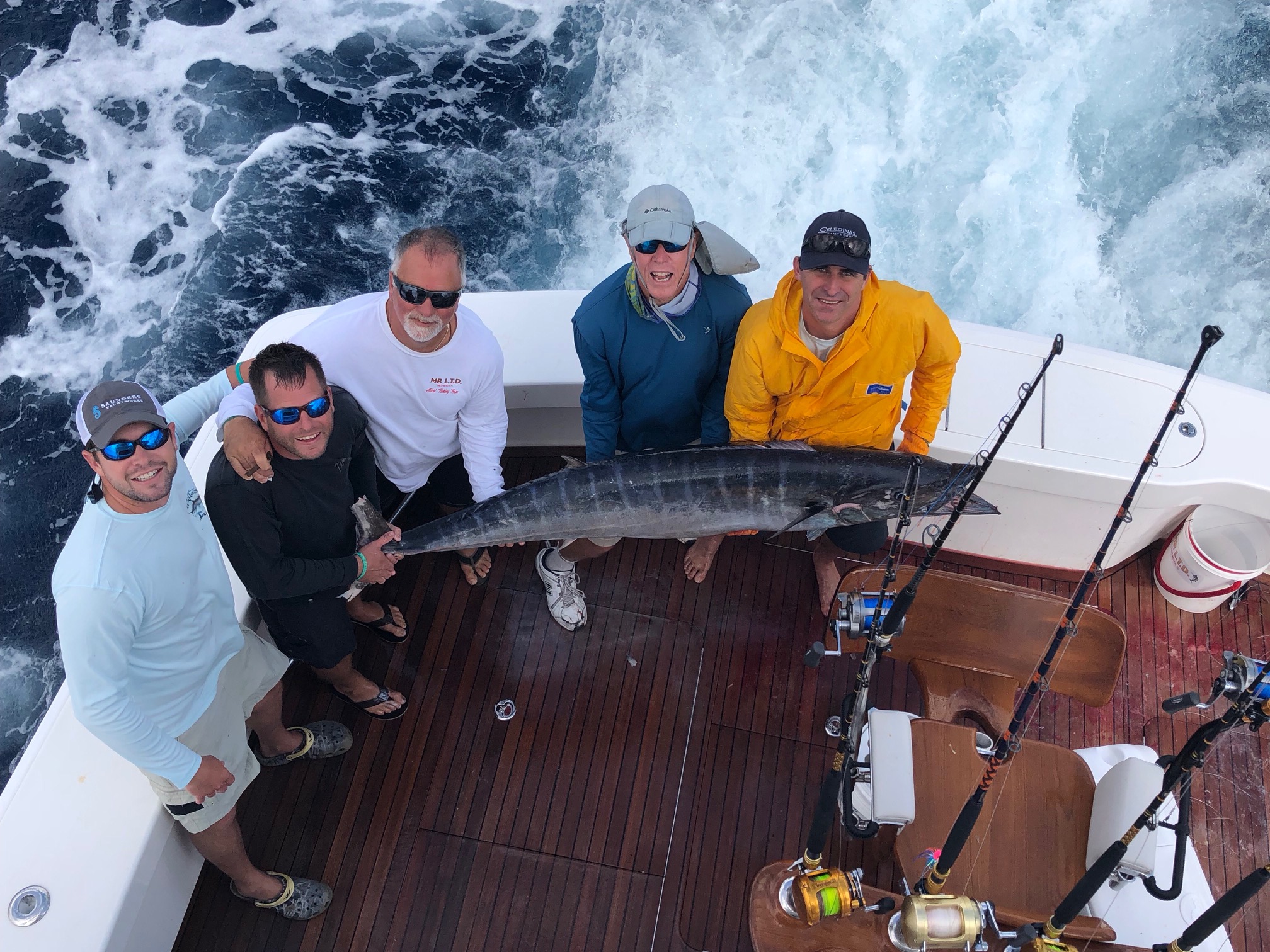 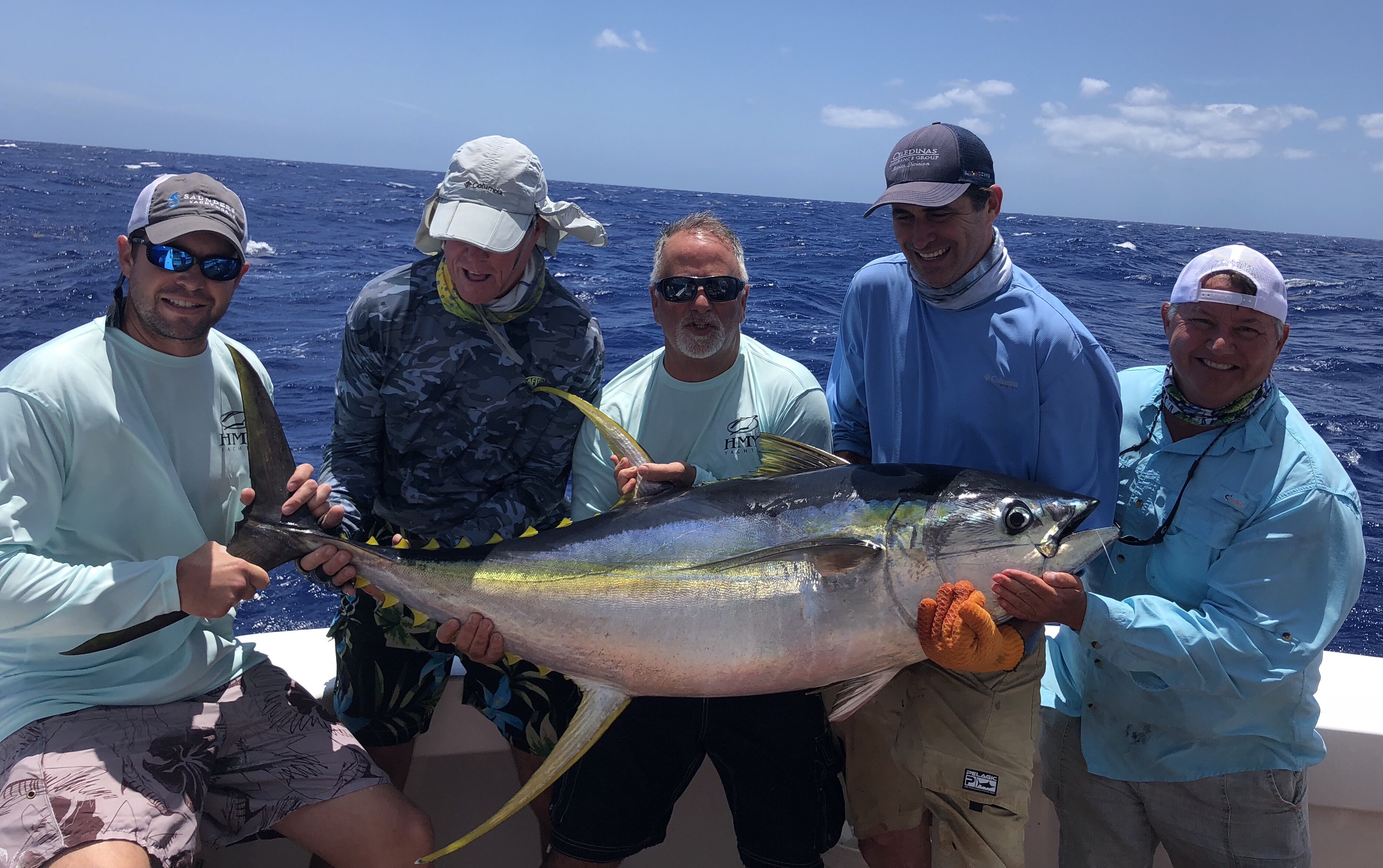 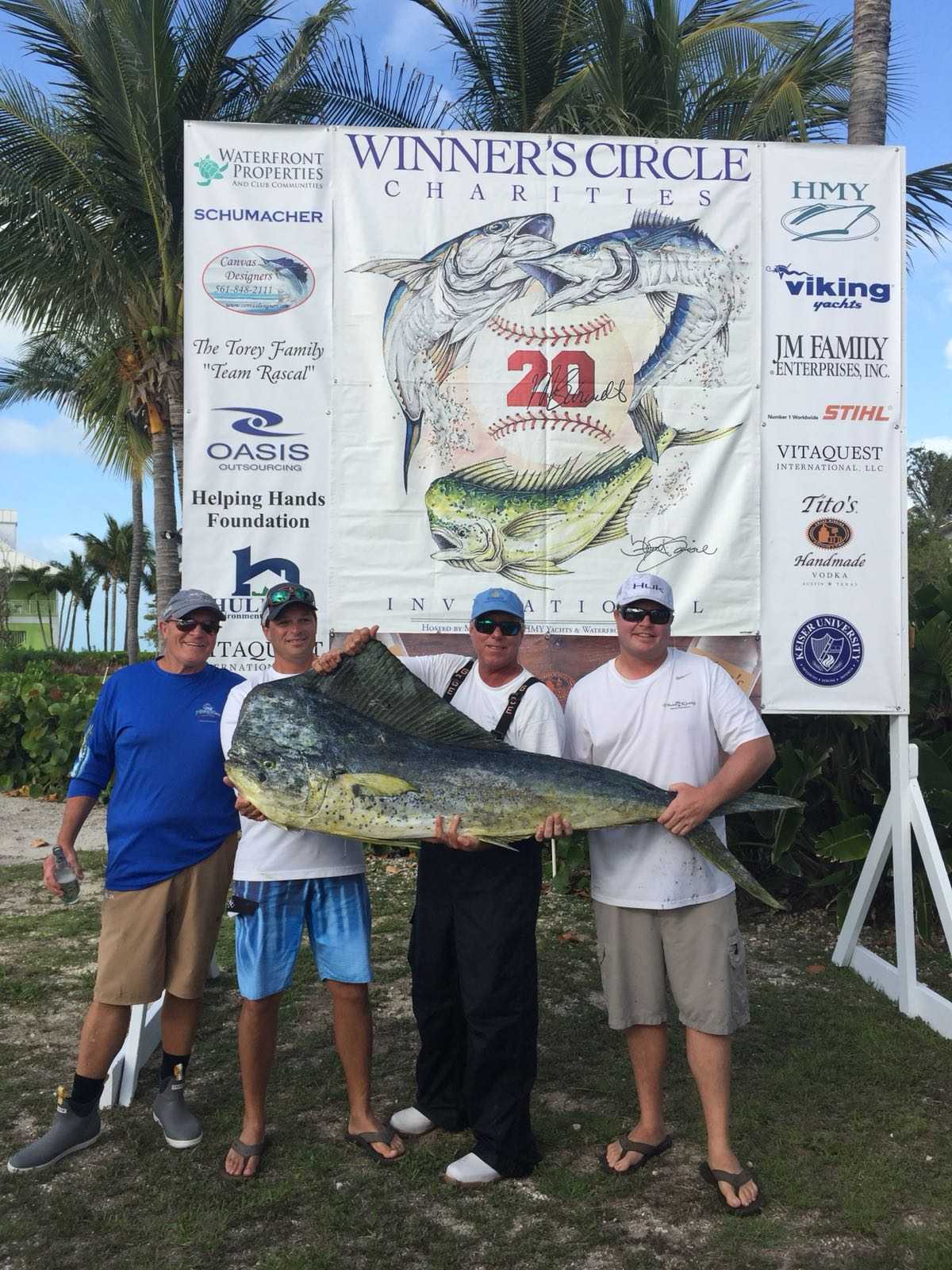 70’ Viking “Mr. LTD” seized the title of Grand Champion with two tournament record weigh-ins, a 99 lb wahoo and a 115 lb yellowfin tuna. A 23.6 lb dolphin rang them in for a total weight of 237.8 lbs with all three species. Second place was taken by 42’ Invincible “Honky Tonk” with a total of 117.2 lbs, and Gary Belcher's “Plum Krazy” fishing team slid into third place overall with a total of 94.1 lbs.

A few unexpected battlewagons came out of the woodwork, with John Krohn breaking in 55’ Viking “Perseverance” in his first tournament as her proud owner with the help of HMY Yacht Sales Professional Rob Spano. Dave Anderson’s 70’ Viking “Krazy Salts,” also made it out. The trip was well worth it; Anderson bagged top billfish release with two blues and two sails.

“This year’s [Mike Schmidt Winner’s Circle Charities] tournament had the roughest conditions in 19 years,” HMY Yacht Sales Professional and long-time Captain Brian Weaver remarks, “On the third day, we caught a sail, a blue marlin, and ended up scoring a hatchet marlin for a [billfish] slam. Too bad we didn't catch a dolphin, a wahoo, and a tuna- the right kind of slam- to win the tournament.”

This was the 19th annual Mike Schmidt's Winner's Circle Charities Fishing Tournament, and it couldn't be done without sponsors. We'd like to thank all of the sponsors who show up year after year in order to raise much-needed funds for our charities!

Scroll down for more pictures, and keep an eye on our Facebook page for our upcoming video of the tournament!