Click here to watch the video review of the Viking 80C.

The ever-expanding Viking Yacht Company fleet continues to wow us with the launch of another powerhouse achievement, the Viking 80C. She may be the little sister to the flagship 92C, but she holds her own in the lineup on all accounts. Taking a first glance at her distinctive profile, her beauty is undeniable with an eye catching exterior that showcases the most flawless sheer line. You can’t help but notice her sharp entry, strong bow and foredeck, perfectly proportioned house, striking black mask, nor the exceptional tower designed and built by Viking’s own Palm Beach Towers. The 216-square-foot, teak covered cockpit of the Viking 80C is ready for a showdown on the tournament circuit. It’s been expertly designed with clever features like storage under each gunwale, an oil-change system with quick connects, drop-in deck boxes, a dedicated compartment for the M26 Seakeeper Gyro, transom and in-sole live wells, Eskimo shaved ice makers, chill boxes, chest freezer compartments, four stainless-steel stacking bait trays, a refrigerated step box and an upper-mezzanine bench with added storage. The sitting height on the lower mezzanine provides crew members ideal aft sightlines. 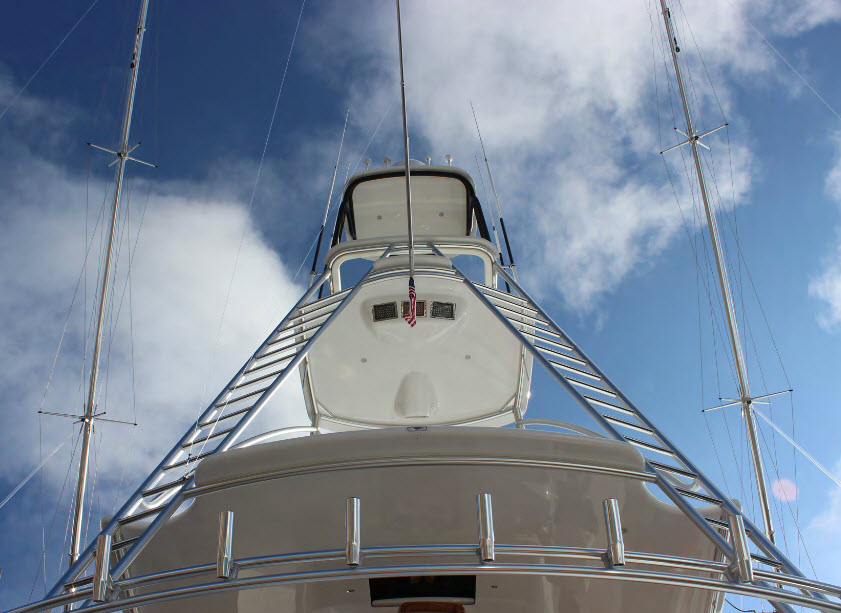 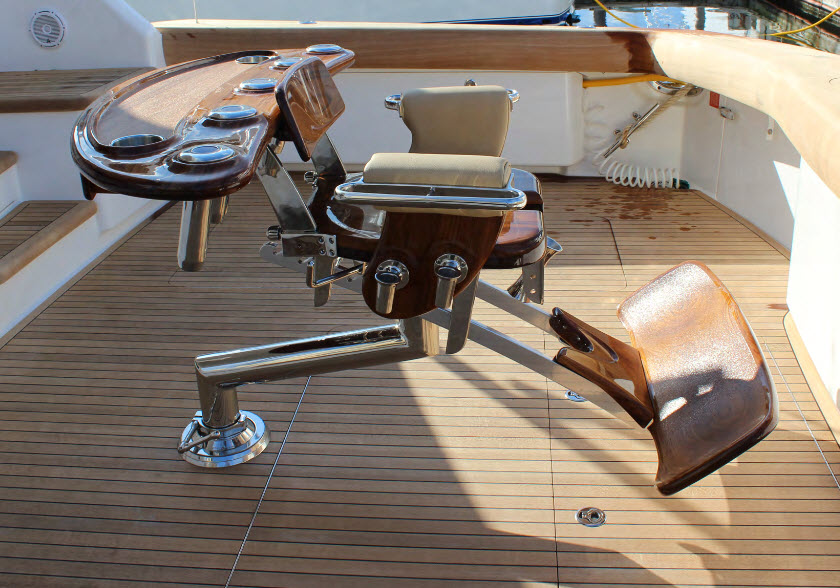 Heading into the spacious interior of the Viking 80 you’re met with a most inviting atmosphere. The portside galley is turned stern to bow and the view forward takes you through the salon, past the starboard dinette and down the stairs to the long hallways leading to the accommodations. This layout was first unveiled on the 92C and was so well received that Viking decided to offer it on the 80C as well. The salon offers plenty of room featuring a C-shaped couch to port, a convenient day head to starboard and a storage console with a 60-inch TV. 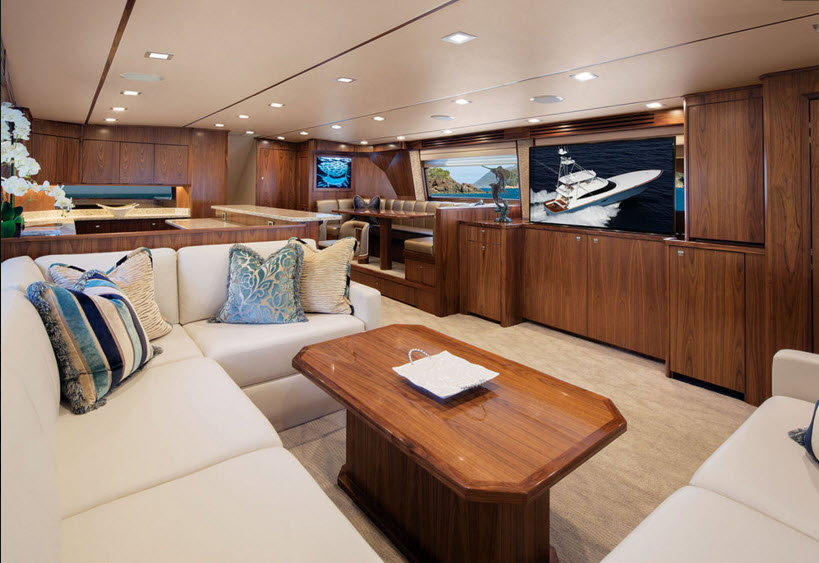 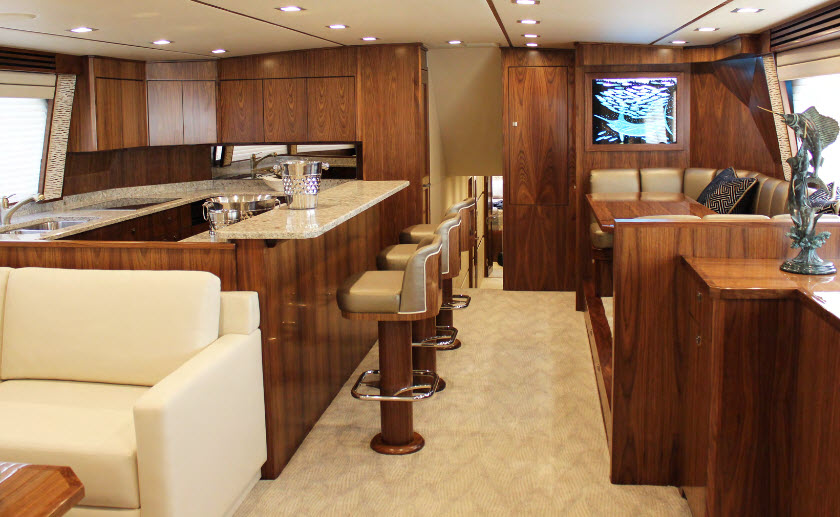 The five-stateroom, six-head layout is brilliantly arranged with the full-beam master down several steps to starboard, a queen-berth VIP to port, a pair of bunk quarters to starboard and the forepeak stateroom. Luxurious accommodations can be found in each including ample headroom and plenty of storage space for extended travels. 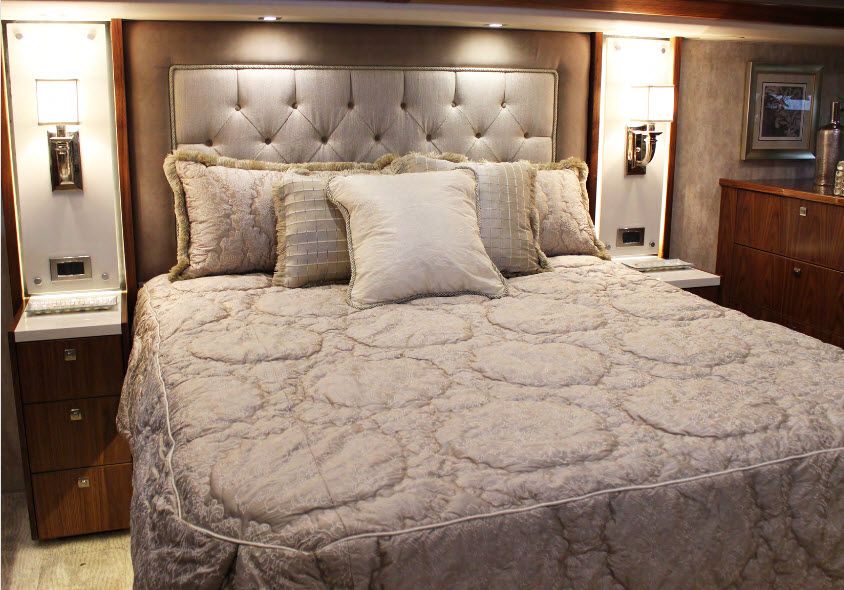 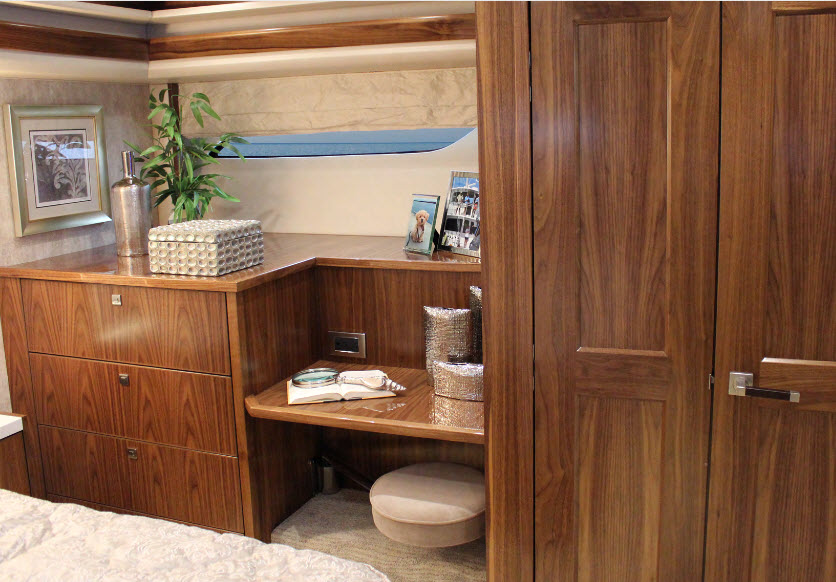 Up top, in true Viking fashion, the bridge is ideally laid out offering great sightlines both forward and aft. An elevated helm platform allows the captain clear views of the bow even with guests occupying the forward seating. The helm itself is huge, with an array of screens under a protective glass covering and easy to reach remove buttons. The Dometic STIIC touch screen and the OctoPlex system, which controls every breaker on the boat, are also readily accessible, along with management of the FLIR cameras, the electro-hydraulic Viper independent rudder steering system, the Seakeeper gyro, fire systems and more. 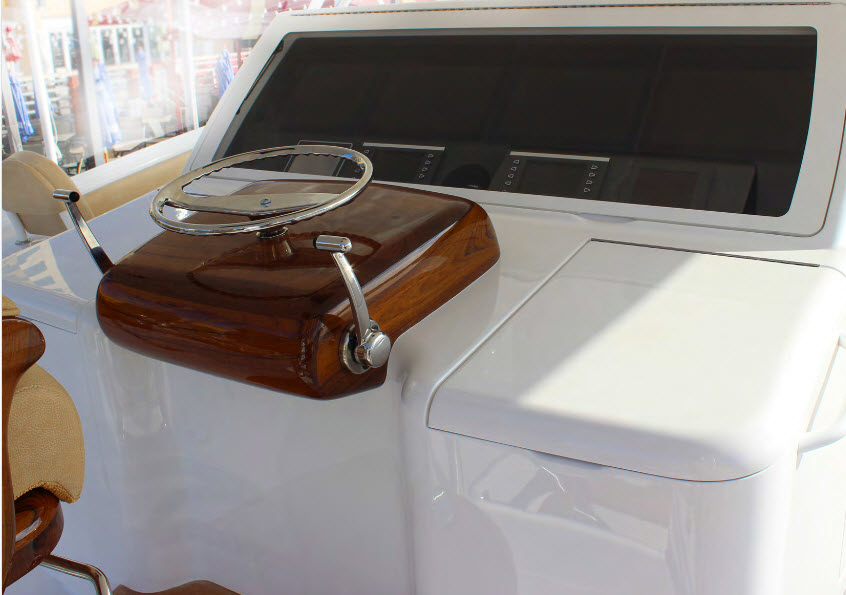 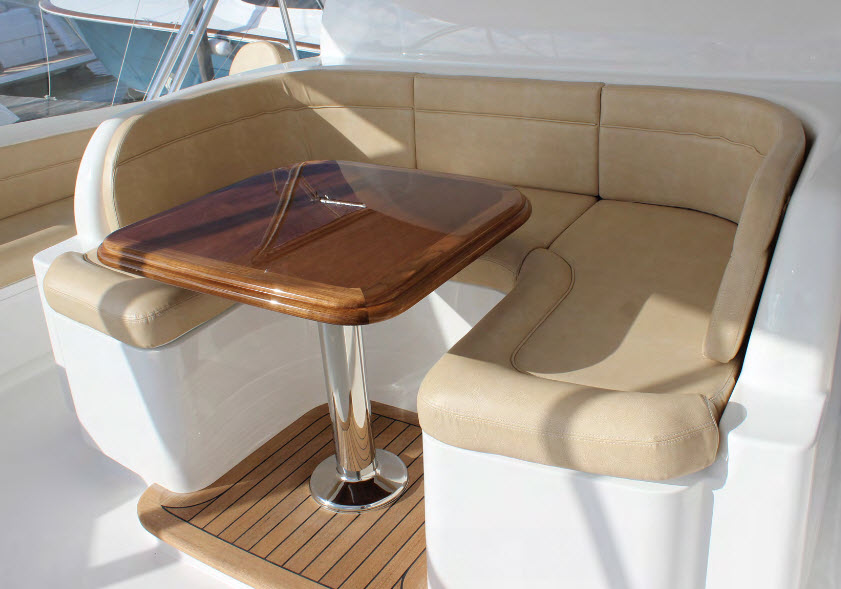 The well laid out engine room is accessed via the typical entry way of a wide hatch on the lower mezzanine. Front and center in all their glory are the big MTU 16V 2000 M96ls. There’s plenty of headroom and full access to all maintenance areas and equipment.The Viking 80C definitely delivers a great ride with its exhilarating performance and control. Weight-saving techniques used throughout the boat allow you to run at speeds of 41 plus knots and slice through turns at 35 knots. 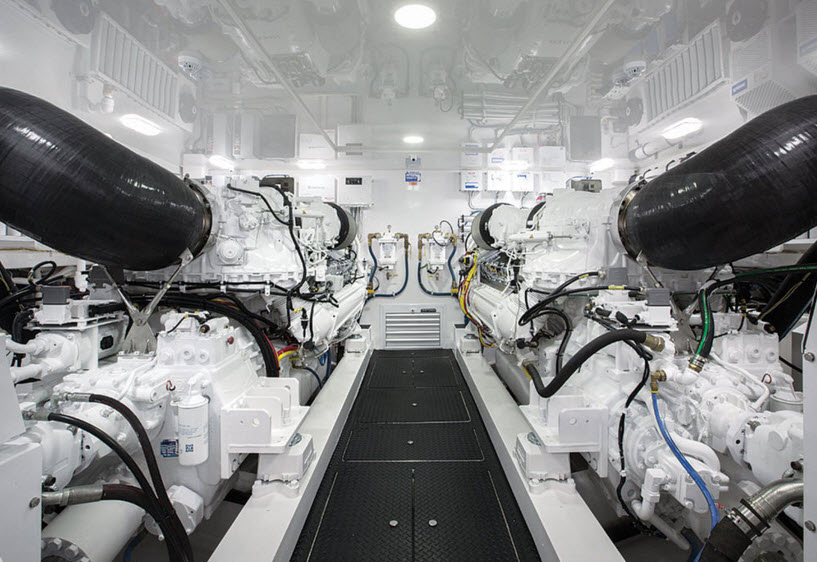 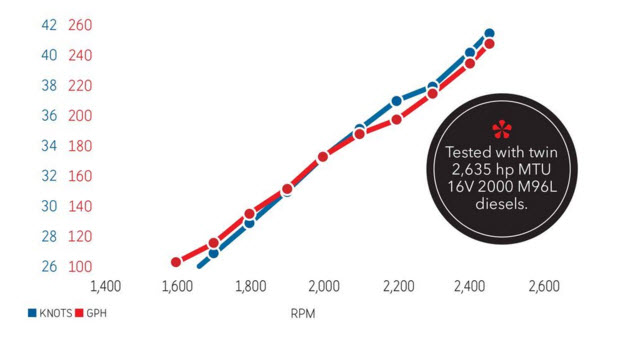 In every way, from the sleek exterior to the elegant interior and the mighty performance, the 80C is another winning vessel from Viking.