If you want to witness crystal clear waters teeming with reef systems and tropical fish you don't have to venture off to the Carribean. South East Florida provides a real treat to vacationers and locals alike with plenty of breathtaking underwater sites. Whether your preference is scuba diving, snorkeling or free diving, these spots in S.E. Forida will allow you to explore amazing coral reef formations and vibrant marine life. From novice to advanced explorers, there is a place for everyone, at every skill level to hop in and discover the beauty beneath warm South Florida waters. 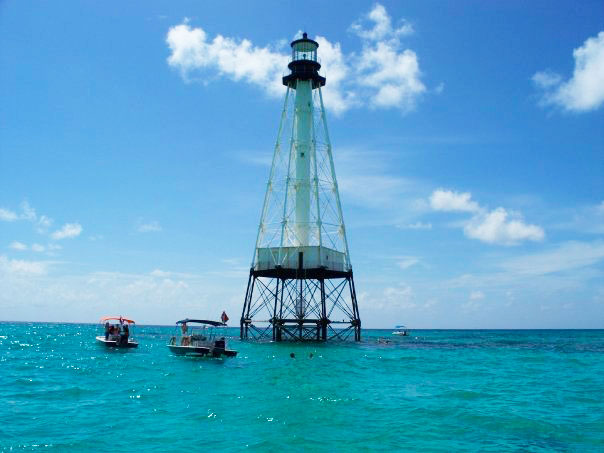 This marine preserve is a family favorite in the Florida Keys, providing excellent snorkeling and freediving. Viewing Hens and Chickens from the air, you'll see a large patch reef and smaller coral formations that radiate outwards from the center as though a mother hen was surrounding her chicks. Hence the name. The turquoise water here is considerably shallow, great for beginner level diving and snorkeling. Brain, star and finger coral mounds as well as sea fans are very abundant at this location in addition to tons of mesmerizing tropical marine life. Hens and Chickens reef is easily accessible and with an old lighthouse serving as a marker, it's not hard to find. Be sure to use the convenient mooring buoys installed so you can tie your boat off without damaging the reef and hop right in. It is worth noting that Hen & Chickens is within a Sanctuary Preservation Area (SPA). To protect the reefs, the wildlife, and the natural resources, special regulations are strictly enforced in these areas. Spearfishing, shell collecting, tropical fish collecting, and most fishing activities are not permitted. In addition, direct physical impact to corals is restricted. 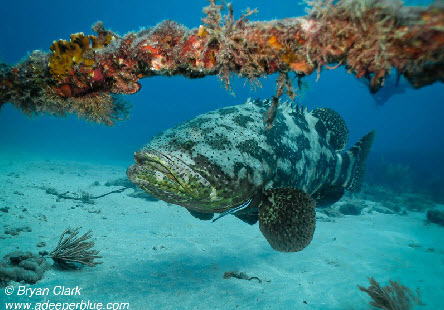 The "Aqua Zoo" site was nicknamed for piles of culverts next to the wreck of the Sea Emperor. The Sea Emperor was formerly a hopper barge that was used for mitigation. It was part of a fine levied on a dredging company that destroyed some reef habitat off Palm Beach County. She was filled with large concrete culverts and then sunk off Boca Raton ultimately creating the ideal marine life habitat. When the barge sank it flipped, scattering the culverts and landing upside down creating a fantastic playground for fish and divers alike. It was also given the name "Aqua Zoo" for the variety and size of marine life that inhabits this wreck. If you make the 50-40 foot scuba dive you'll see large southern rays, 200-pound Goliath Groupers, nurse sharks, eels and hundreds of other fish. Named "The stingray dive you can drive to" by Skin Diver Magazine, the Aqua Zoo has also been featured on numerous television shows around the world including "Wild Things" and "Adventure Crazy". 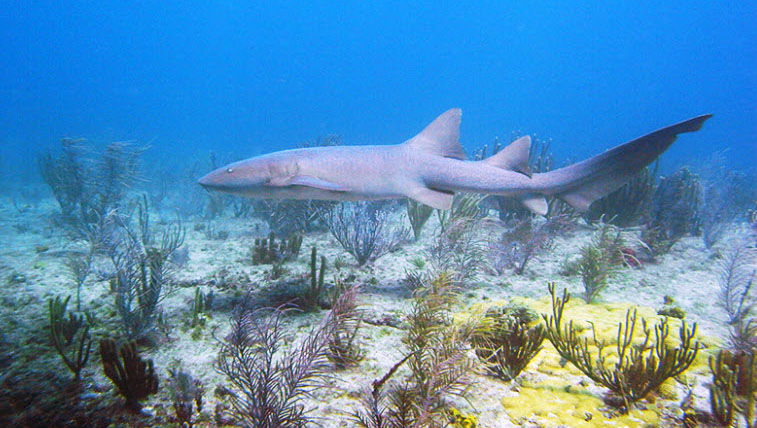 At 15-30 feet of depth, The Nursery in Pompano Beach is considered to be one of the best shallow dives in Southeast Florida, especially if you like observing sharks in their own habitat. The site was named the "Nursery" many years ago after the family of nurse sharks that reside in the location. There is good habitat here, with large under cut ledges. The sharks are used to divers and snorkelers and usually swim around under the boat. Hundreds of other fish surround the snorkelers on the surface and occasionally you can spot the resident moray eel. The "Nursery" has been featured in numerous T.V. shows and magazines. The "Nursery" is usually an anchor dive, because most explorers want to stay and interact with the nurse sharks. However, take a flag and venture down the ledge and come back for more shark action.

The SS Copenhagen was a steamer 325' long with a beam of 47'. The cargo ship Copenhagen was built by Priestman & Co. of Sunderland in 1898. The Copenhagen was owned by Glasgow Ship Owners Co. While en route from Philadelphia to Havana with 4,940 tons of coal, she ran aground on the Pompano Drop Off. The ship herself was unsalvageable but her cargo was saved. The Copenhagen remained partially visible above the water until WWII naval fighter pilots used her for target practice sending her to the bottom where she rests today. The Copenhagen was declared a State Underwater Archaeological Preserve in 1994. The wreck is broken up along the eastern side of the Pompano Drop Off. While some of the wreckage is buried you can still make out many features of the wreck. Being over a hundred years old this is certainly a historic diving or snorkeling a wreck site. Usually you see large schools of bait fish being chased by the rest of the food chain. The depth range here is between 15-30 feet perfect for a snorkeler or an open water diver. There are mooring buoys available in the area.

Located three nautical miles south east of the Hillsboro inlet lies The Guy Harvey shipwreck, an excellent, advanced dive site. The Guy Harvey was built in Holland in 1957 and the 185-foot freighter spent the last of her 10 years sailing between Haiti and the Lesser Antilles as the Lady Kimberly. She was sunk in 140 feet of water on May 10, 1997 courtesy of Guy Harvey and the Pompano Fishing Rodeo.  The ship sits upright with the bow pointing south. Gorgeous, large fish murals were painted on the sides of the hull by the famed wildlife artist. Though Guy Harvey smartly used white paint to stand out against the ocean blue, much of his paintings have since been covered with growth. At depths between 100-140 feet, this is a deep dive and definitely considered to be advanced; deep diving experience is required. Barracudas, hogfish and lobsters tend to call the Guy Harvey wreck their home.