Stone crab season has kicked off and if you’re like many seafood lovers, you know just how mouthwatering a fresh stone crab claw is. In Florida, recreational stone crab season has been underway since opening on October 15th and it runs until May 15th. Open season for gathering these crustaceans is not just for the purposes of commercial fisherman. If you have your own vessel, now is the perfect opportunity for you to head out and set up your own stone crab traps to harvest your limit of these delicious, meaty claws. There are of course a few stringent rules and regulations that need to be adhered to when it comes to trapping stone crabs, so let's review them. 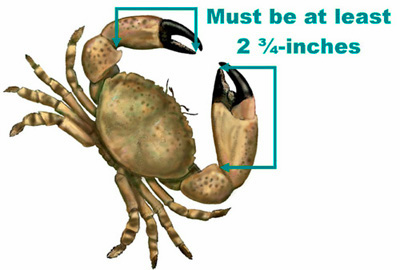 In accordance with the Florida Fish and Wildlife Conservation Commission guidelines, a stone crab claw must be at least 2 and 3/4 inches to legally be harvested and the daily bag limit is either one gallon of claws per person or two gallons of claws per vessel, whichever is less. It is absolutely prohibited to harvest egg-bearing crabs. Legal gear requirements include stone crab traps at a maximum of 5 traps per person and a dip or landing net. Illegal gear consists of any device that can puncture, crush or injure the body of the stone crab such as spears, grains, grabs, hooks or any similar device. The intention of stone crabbing is to harvest one claw per crab and release the crustacean relatively unharmed back into its habitat where it will survive and eventually regenerate another claw. Stone crabs are found in bays and estuaries along the Atlantic and Gulf coasts living in shallow waters and once they've reached adult size they will inhabit burrows 12 to 20 inches deep. Though stone crabs can be found as far north as North Carolina and as far west as Texas, stone crab claws are almost entirely harvested in Florida. 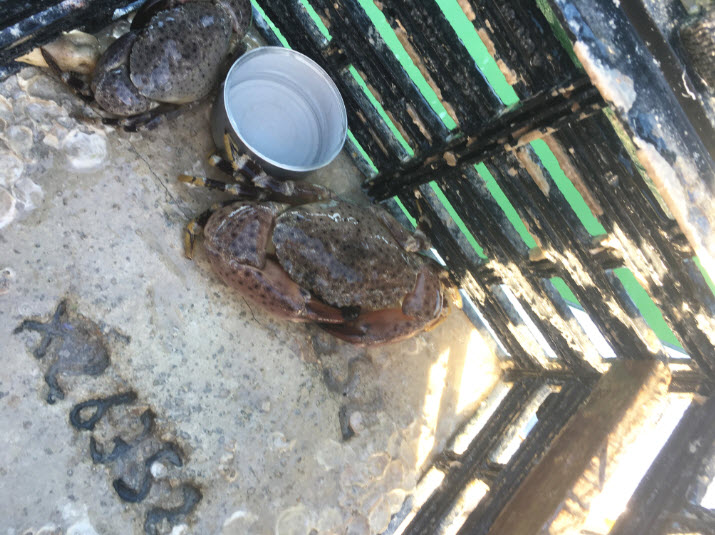 There are a few specifications to follow regarding your recreational stone crab trap. The Maximum trap size is 24 inches by 24 inches by 24 inches or a volume of 8 cubic feet. Traps can be made from either wood, wire or plastic and the throat or entrance must be 5 ½ inches by 3 ½ inches. As a harvester, your name and address must be permanently affixed and legible. The buoy must be no smaller than 6 inches and must be marked with a legible letter “R” that is at least 2 inches tall. Buoys are not required if a trap is fished from a dock. As an added bonus to the stone crab claws you will undoubtedly harvest, make sure to have some fishing gear on hand while you're pulling traps so you can catch Tripletail, a great eating fish that is well-known for hanging out around crab trap buoys. A Tripletail must be 15 inches to be considered a keeper and the limit is two per person.

While the majority of crabbers agree it's best to refrain from harvesting both claws of the stone crab, it is currently lawful to do so if they are of legal size. Even though you're allowed to harvest both of a stone crab's claws it is certainly frowned upon because this practice leaves the stone crab with limited ways to defend itself from predators. The crab can still feed on small amounts of food with no claws, but having at least one allows the crab to obtain larger amounts of food in a shorter amount of time. Stone crabs, like other crustaceans, have the capability of growing back their claws, but this re-growth process requires a lot of energy in the form of food. The faster the crab can obtain the nutrients required to molt and grow its lost claw, the sooner this renewable delicacy will have another claw to replace the missing one. Usually it takes between a year and 18 months for an adult stone crab to reproduce a claw. Juvenile stone crabs regenerate at a faster rate.

Further trapping regulations are that the crab traps must be pulled manually and only during daylight hours. Traps cannot be placed in navigational channels of the Intracoastal waterways, or in navigational channels maintained and marked by any county, municipal, state or federal governmental agency. To bait the traps you should use any dead bait fish and it is suggested to cut the fish into a few chunks. After baiting your traps, wait 24 hours to check them. Once you find a legally sized stone crab in your trap, be sure to use extreme caution when removing it as their powerful claws can easily crush your fingers. The video below, courtesy of FWC, details how to remove a legal stone crab claw.