This year, participants of the 53rd Annual Buccaneer Cup Sailfish Release Tournament not only competed with each other but also with some very sporty weather. On day one, Friday, January 22, 20 boats set out in rough seas and pelting rain. Saturday’s weather presented unbelievable westward winds blowing gale throughout the entire day. The weather may have been fierce but it was no match for this tough group of tournament fishermen.

On the first day, the lead seemed to be changing with every release called into the radio room which was located at the Jupiter Beach Spa and Resort. Team De-Bait-Able started the day off with the first sailfish trolling, quickly followed by Daryl Deka’s 39’ Contender, Doin’ It All/Hard Way, calling in a double on live bait. A slow but consistent bite carried on throughout the morning hours and by afternoon the lead was changing between three boats. Day one ended with Tuna Tango, Della Ann and Intents in a three-way tie for first place release points.

The first release on day two was at 8:32am by the 70’ Bertram, Kathy Jo, owned by Lewis Lakin and Captained by John Millroy. After not having a single release on day one, Kathy Jo, found themselves in a pod of fish and took advantage of their luck calling in a single at 9:22am followed by two doubles, the first set at 11am and the second just before 11:30am. Two more singles at 12:30pm and 1pm sealed the deal for Kathy Jo. The competition continued fighting their way through the high seas and winds trying to tally their totals.

The awards dinner at the historic Sailfish Club of Florida saw a lot of exhausted fishermen who gathered for a first-class seafood buffet, open top-shelf bar, a silent auction and some camaraderie where the beautiful Buccaneer Cup awards were presented along with $171,000 in Calcutta money. The Kathy Jo team took the trophies for 1st Place Boat, Most Points Overall, Most Points on Dead Bait and won the charity Calcutta for a free entry into the 54th Buccaneer Cup along with a heap of Calcutta money. Skipper John Millroy was presented with the InTheBite Top Captain trophy. Tuna Tango secured the 2nd Place Boat award with Della Ann placing third. Top Angler honors went to David Cash of the Della Ann, 2nd Place was Tony Huerta of the Tuna Tango and 3rd was Chris Manetta on the Old No. 7, who also received beautiful Buccaneer loving cups. Tournament Top Lady Angler was Tamara Slayton on the Reel Candy, who also took home the Biggest Fish award for a 31.5 lb. blackfin tuna caught on Saturday.

Congratulations to teams Kathy Jo, Tuna Tango and Della Ann.  A job well done to all who braved the weather and fished this year’s tournament. Thanks to everyone who participated, a significant amount of proceeds will go to the Recreational Fishing Alliance. 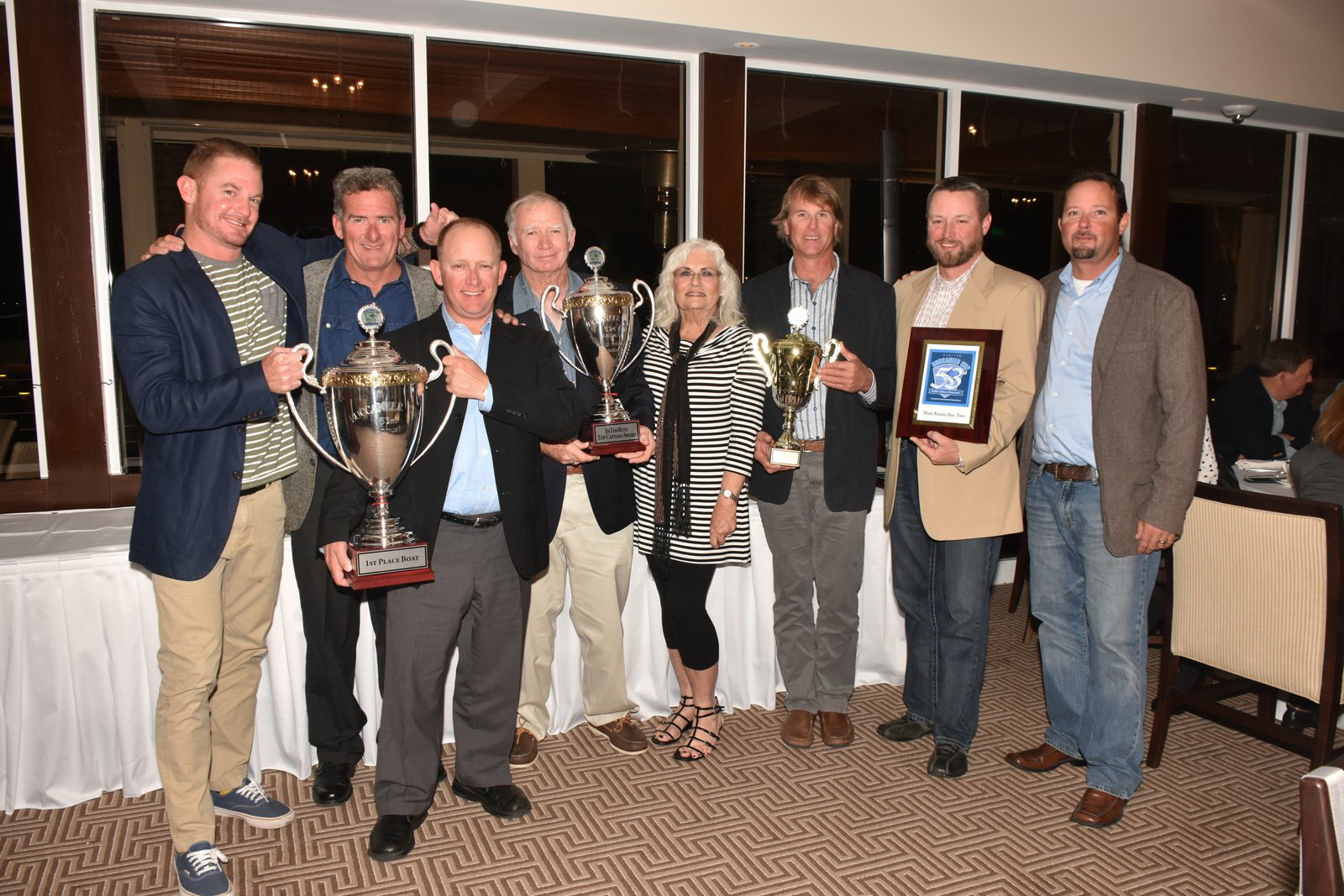 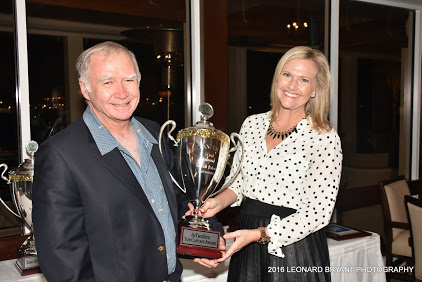 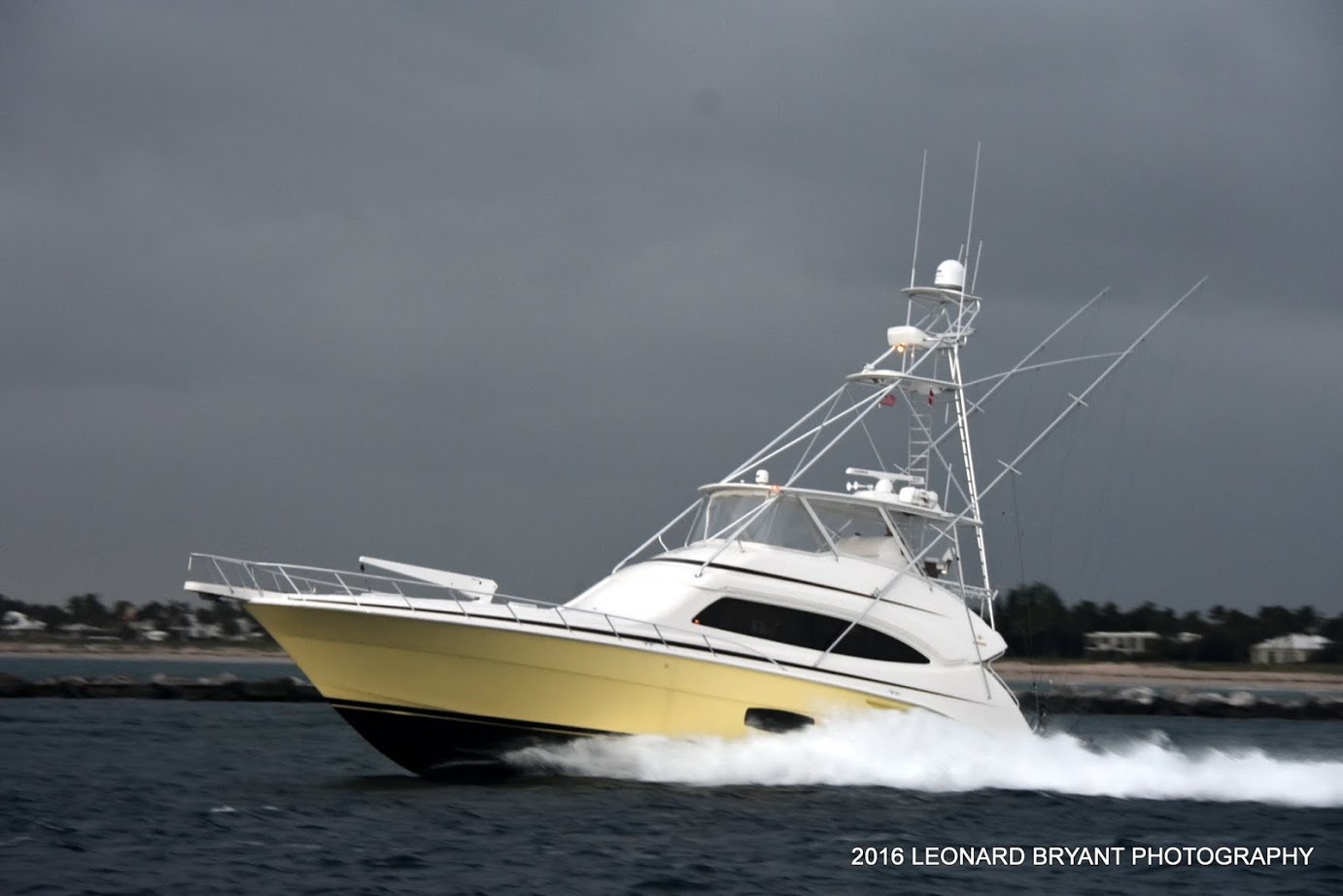