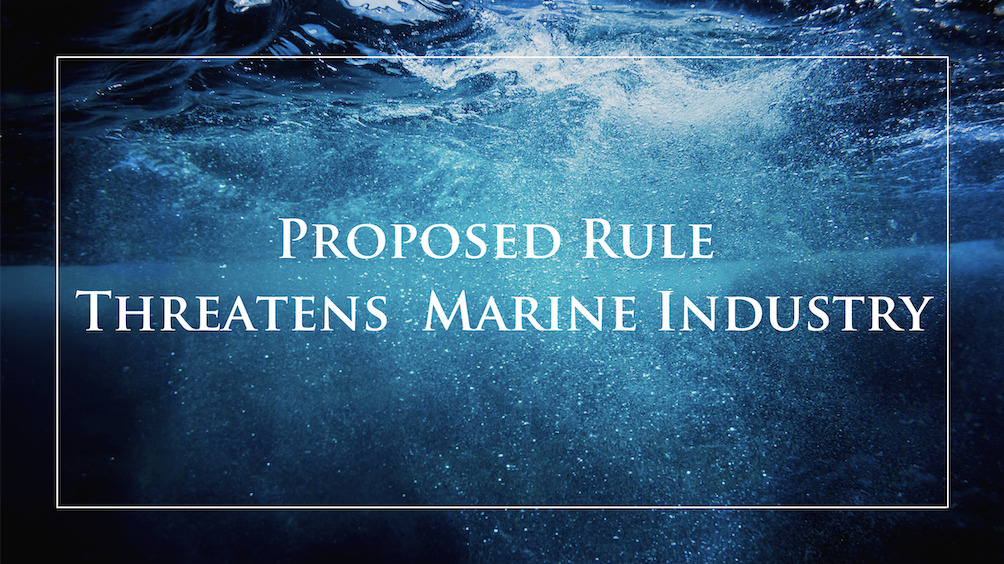 What is the proposed rule?

NOAA Fisheries is proposing a vessel speed restriction from Massachusetts to Florida that will protect North Atlantic right whales. This federal rule poses numerous setbacks to recreational fishing and boating, and if this rule is implemented, it will have unintended consequences for the public.

What would change with the proposed rule?

The proposed federal rule would:

The facts do not support the changes being proposed by NOAA.

For more information on the issue, click here to listen to the Power & Motor Yacht podcast with DePersenaire from Viking Yachts.

What are industry leaders saying?

“The proposed rule, as written, would be the most consequential maritime regulation that we have ever seen imposed on the recreational boating and fishing sector.”

“It will affect not only boat owners but marinas, tackle shops, charter boat operators – basically all maritime-related businesses on the Atlantic Coast.”

Viking President and CEO Pat Healey said, “This would be a devastating regulatory mandate. Right whale vessel strikes have just not been an issue for our industry. This is a classic example of government overreach.”

The proposed rule was published without any input from the recreational boating and fishing community.

“We had heard talk of a proposal but were never directly contacted in any way. This is important because the proposed rule imposes excessive and unnecessary negative impacts on our community as a direct response of NOAA single-handedly putting forward regulations without public input. Moreover, the proposed mandate would force thousands of recreational boats to operate at a speed that compromises their maneuverability and overall safety at sea.”

When was the rule change proposed?

The proposal was published on Aug. 1, 2022. Viking Yachts immediately requested a 30-day extension to the public comment period.

A letter from a broad coalition of recreational fishing and boating organizations was also presented to NOAA, who has since extended the public comment period to October 31.

“Now that we have the extension, we really need to turn up the volume and make sure our voices are heard,” said Healey. “Everyone needs to rally – yacht clubs, marinas, fishing clubs, charter boat associations. This is a huge deal that not many people know about.”

The primary way to voice your concerns about the amendments to the North Atlantic Right Whale Vessel Strike Reduction Rule is through the Federal eRulemaking Portal.

You can also provide comments through multiple boating and fishing groups, such as the National Marine Manufacturers Association’s Boating United group: click here, and through the International Game Fish Association: click here.

According to NOAA all comments will be read and considered. The idea behind these amendments is to ensure that the North Atlantic right whales are protected and do not go into extinction but also ensure as little burden is placed on the mariner as possible.

The Value of Storing Your Boat on a Lift

Why Exhibit Your Yacht in a Boat Show with HMY Yacht Sales?

5 Restaurants you should try near FLIBS