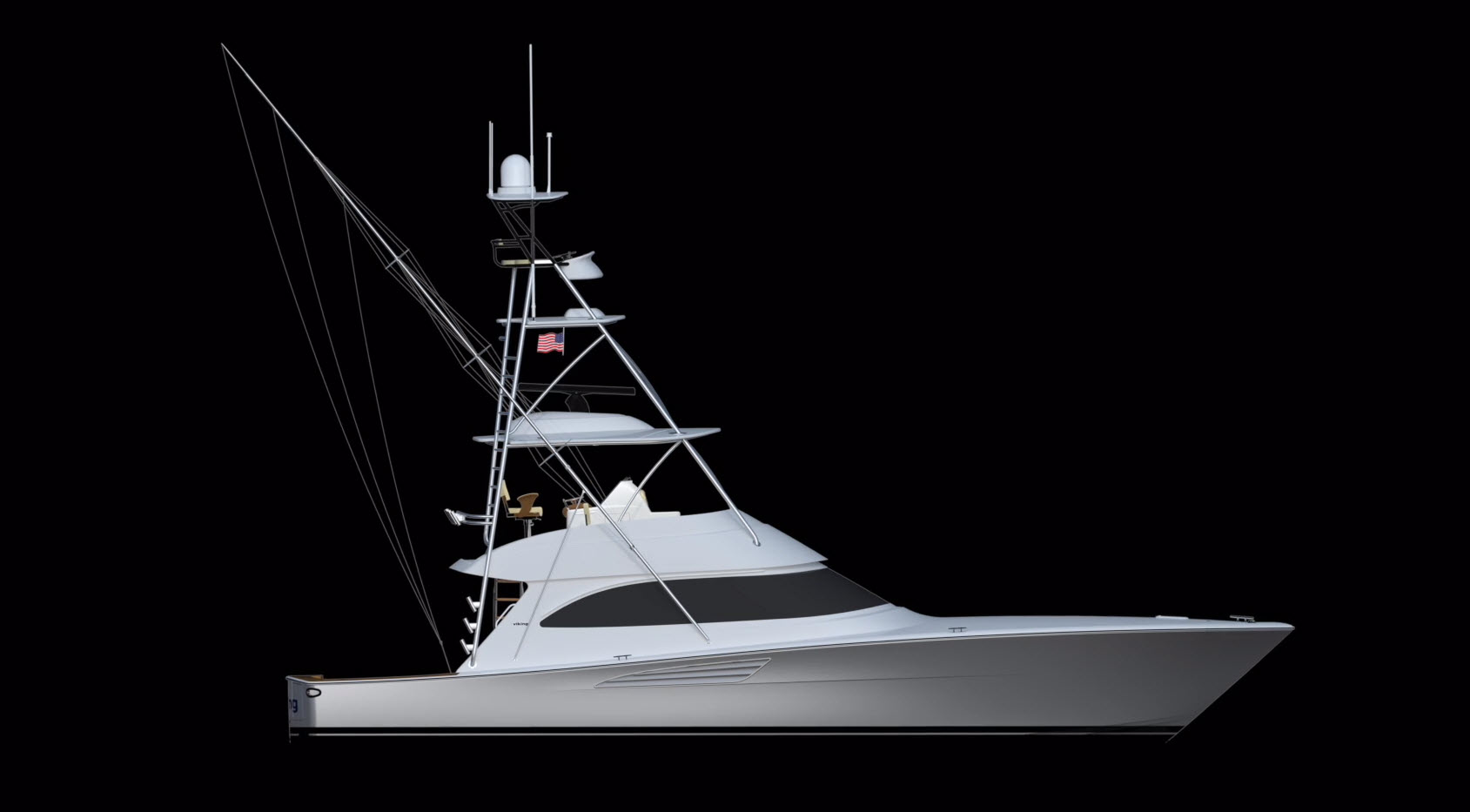 Our good friends at The Viking Yacht Company are always hard at work leading the industry in producing the latest and greatest sportfishing yachts that never fail to “wow” us. Coming off the heels of the exciting Valhalla V-46 announcement in August, Viking President and CEO Pat Healey has just introduced the company’s next yacht to hit the water, the brand-new Viking Yachts 54 Convertible. The 54 Convertible will make its world premiere at the Fort Lauderdale International Boat Show which runs October 28 to November 1.

Reaffirming its dominance in the realm of mid-size convertibles, Viking’s new 54 has been in the development phase for over a year and as many would agree this size range is the world-renown boat builder’s sweet spot. As stated by Pat Healey, “The design and engineering team at Viking has designed more boats between 50 – 60 feet better than any other manufacturer in the industry and we’ve been that way for 20 years”.

Stepping inside the Viking 54, which boasts 17’ 8” of beam, you’ll notice a few design changes in the salon area including the peninsula galley which offers a tremendous amount of space, two bar stools, pull out drawers, two sub-zero refrigerators and much more. Additionally, the salon door has been moved to be on the same side as the companion way. When you come in the salon door, you’ll now look down all the way to the forward stateroom which completely opens the boat up. Down below, both heads feature a shower glass door that takes up the entire wall allowing for that typically small space to feel far more open. What Viking has been able to accomplish with their new 54 convertible is giving you the feel of a much bigger boat.

Viking’s evolutions of design continue onto the cockpit of the new Viking Yachts 54 Convertible. Six inches have been added to this cockpit over the 52 Convertible which helps in the flow of the fishing setup with features such as a fighting chair, rocket launcher, and long riggers.

Currently, the Viking 54 is nearing the end of its time on the production line. It will hit the water for sea trials and further engineering in the next two weeks and Viking will check speeds and propeller sizing. HMY will be taking hull number one as a demo and using it on the tournament circuit. Stay tuned for more updates on this new addition to the elite fleet!

Contact an HMY Viking Specialist for more information on this new mid-size convertible: (561) 331-5200