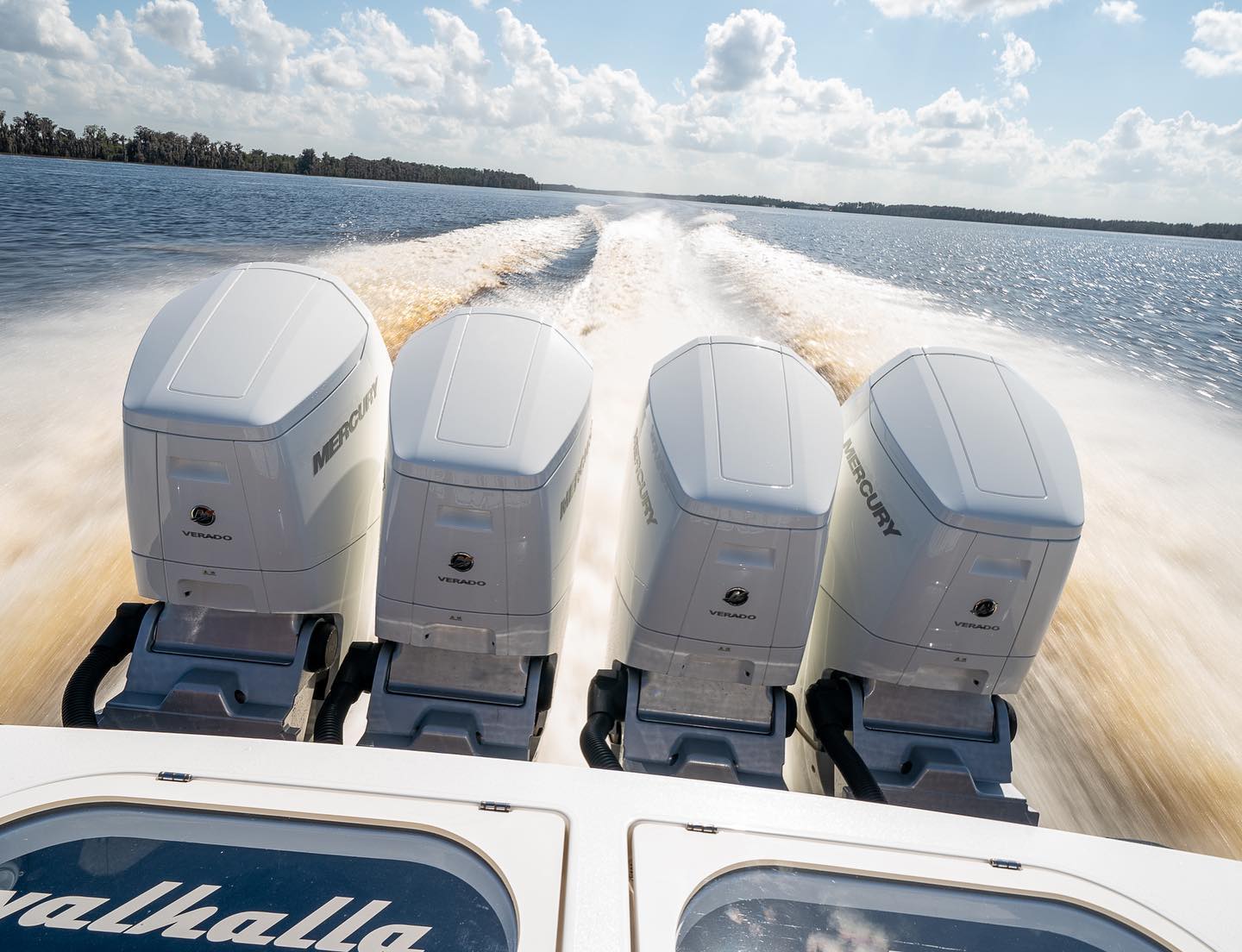 Have you heard the news? Mercury is taking on-water performance to the next level with the introduction of their most powerful outboard yet – the 7.6-liter V12 600-hp Verado. As the world’s first V12, 600hp outboard this industry-leading engine promises speed and handling like we’ve never seen before as well as enhanced technologies that enable exceptional fuel economy and range. Mercury’s development of such a revolutionary outboard undoubtedly answers the call for a more capable power package for the large center consoles and outboard boats of today that seem to increase in size with each new build.

“With boats continuing to grow bigger and performance expectations continuing to rise, boaters have been asking for a better, more capable high horsepower solution to meet their needs. The V12 Verado outboard is Mercury’s answer,” said Chris Drees, Mercury Marine president. “Using our advanced engineering and design capabilities, we completely redefined outboard performance. The V12 Verado outboard delivers boaters unrivaled freedom, luxury, and power to pursue their passions on the water. This is a remarkable engine that will change the future of boating.”

Thanks to Mercury’s newest outboard engine offering, the world’s best big center console just got better. Valhalla Boatworks has announced that it will offer Mercury’s new game-changing 7.6-liter V12 600-hp Verado outboards on the Valhalla V-46, the newly introduced flagship of the V Series.
“We’re extremely excited,” said Viking Yacht Company President and CEO Pat Healey. “This is truly an incredible engine, with ground-breaking performance and the kind of innovation we’ve come to expect from Mercury.”

Hull No. 2 of the Valhalla Boatworks V-46 – powered with four of the new Verados – was one of six boats chosen to showcase the new power package. It has been reported that Valhalla’s stunning high-performance center console hit a top speed of 75 mph and accelerated from 0-20 mph in 4.8 seconds. After testing out these new outboards at Mercury’s Lake X testing facility, the next stop for hull No. 2 of the V-46 is the Palm Beach International Boat Show, March 25-28. Valhalla Boatworks will offer the V12 Verados in both quad and triple configurations. The engine will join two other propulsion options from Mercury for the V-46: quad Mercury Verado 400s and quad V8 450Rs.

Contact an HMY Valhalla Boatworks Specialist today for more information on any of the Valhalla models: (561) 330-5030