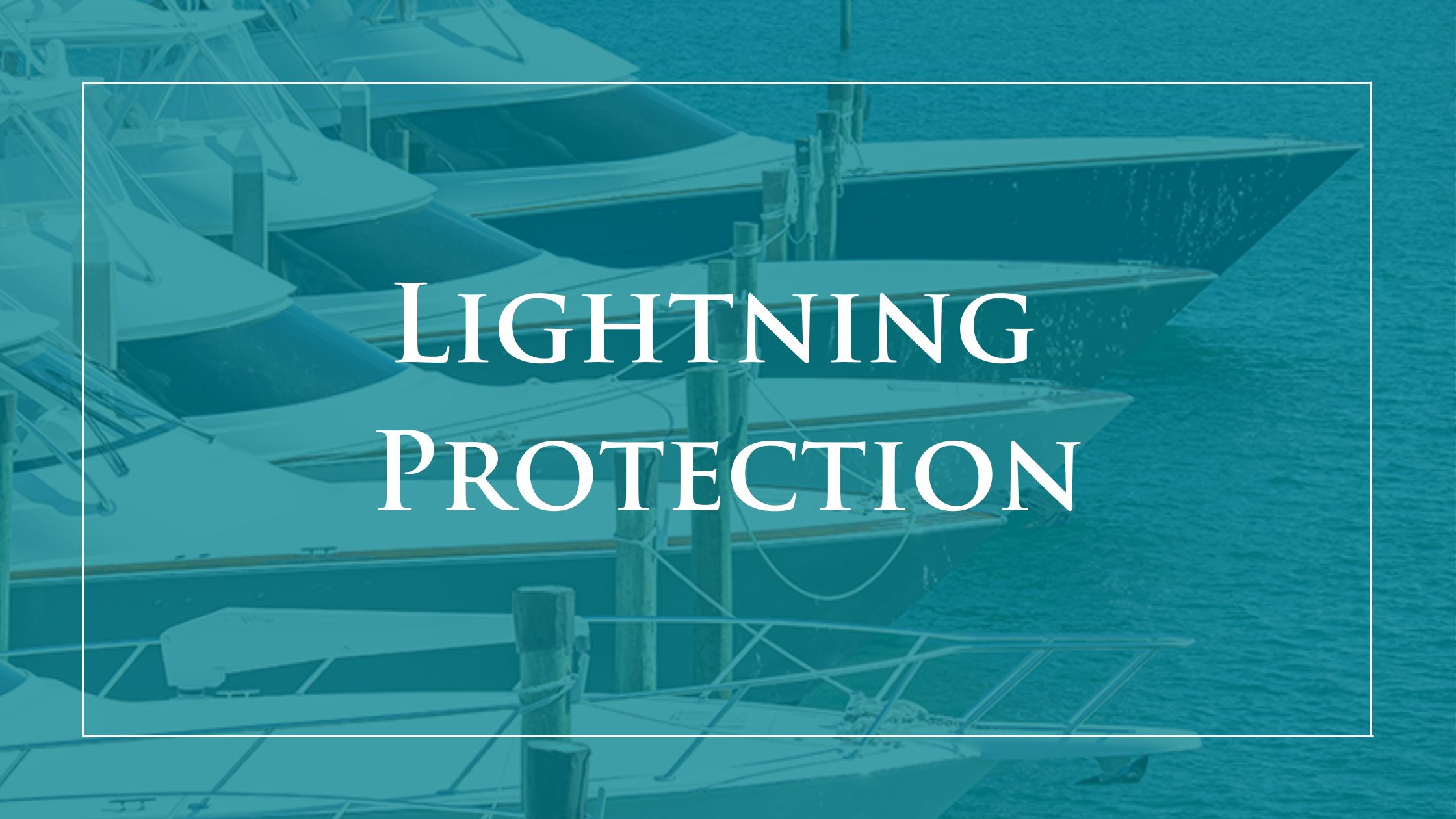 Have you heard of vessels being struck by lightning out on the water? Yacht owners are typically covered by insurance companies for the damage to their vessel, but what about the loss of time and the possibility of canceled vacation plans, charter trips, or fishing tournaments? HMY is here to share some good information.

Viking Yachts recently shared the news that the Viking subsidiary Atlantic Marine Electronics (AME) has become the exclusive marine distributor in the United States, Mexico, and Costa Rica of a comprehensive system that helps protect boats against the devastating effects of lightning strikes. No more canceled vacation plans, charter trips, or missing out on high stake fishing tournaments!

“As ship systems become more sophisticated and interconnected, lightning strikes are having a greater impact,” said AME General Manager Todd Tally. “We believe we have found a system that will be a game-changer in our industry.” 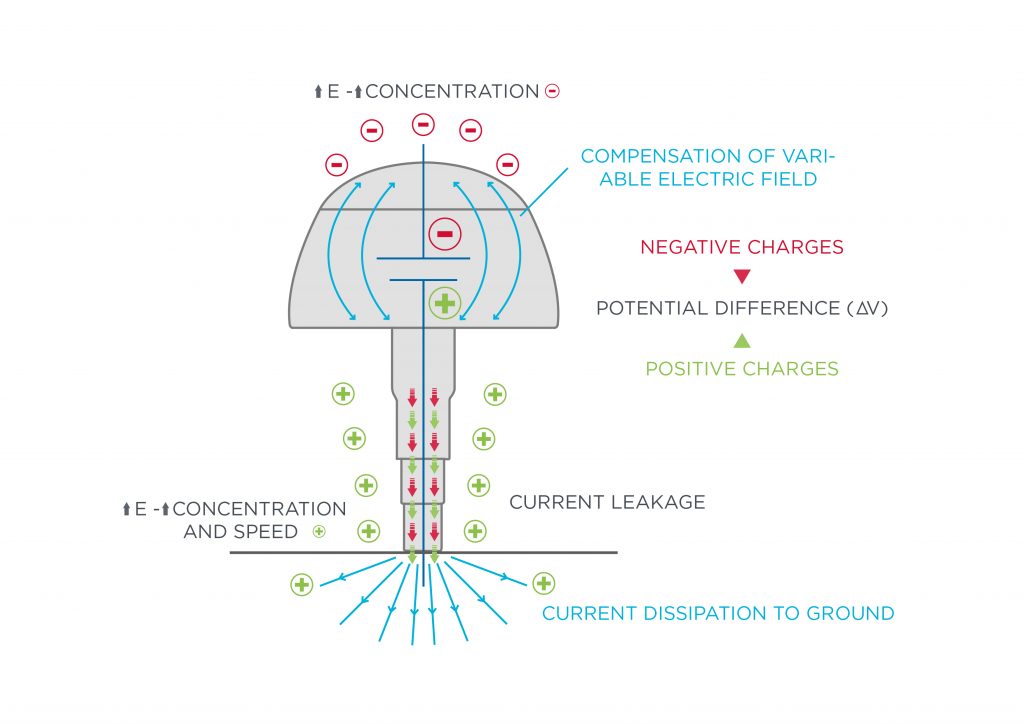 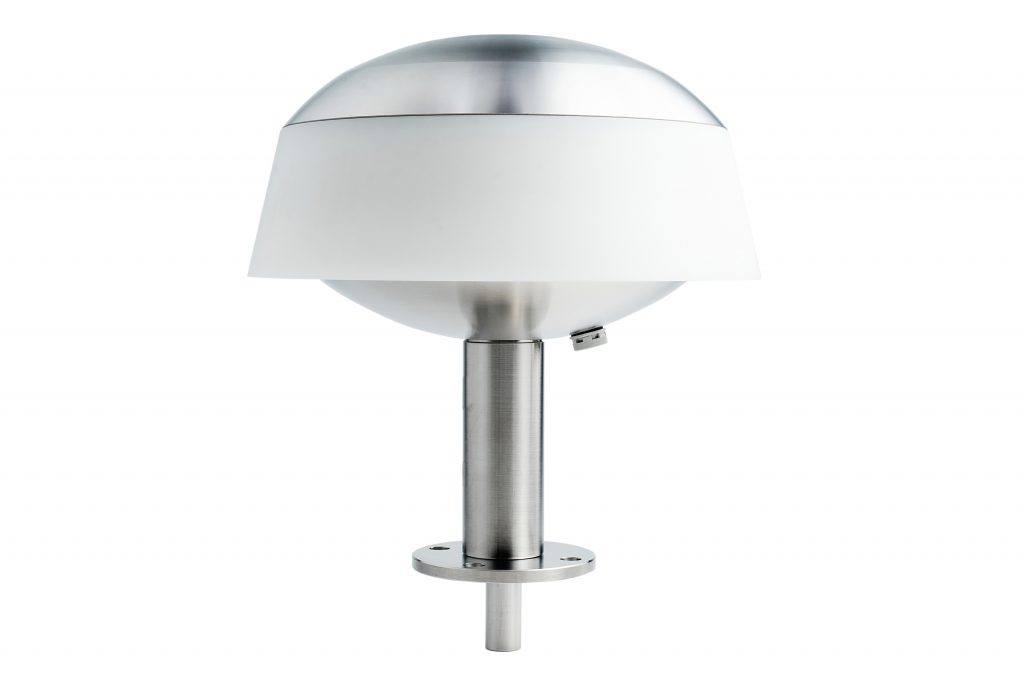 “The device is constantly collecting the ions from the atmosphere and bringing them to ground while avoiding the creation of an ‘upward leader,’ which would result in a lightning strike,” said Todd. 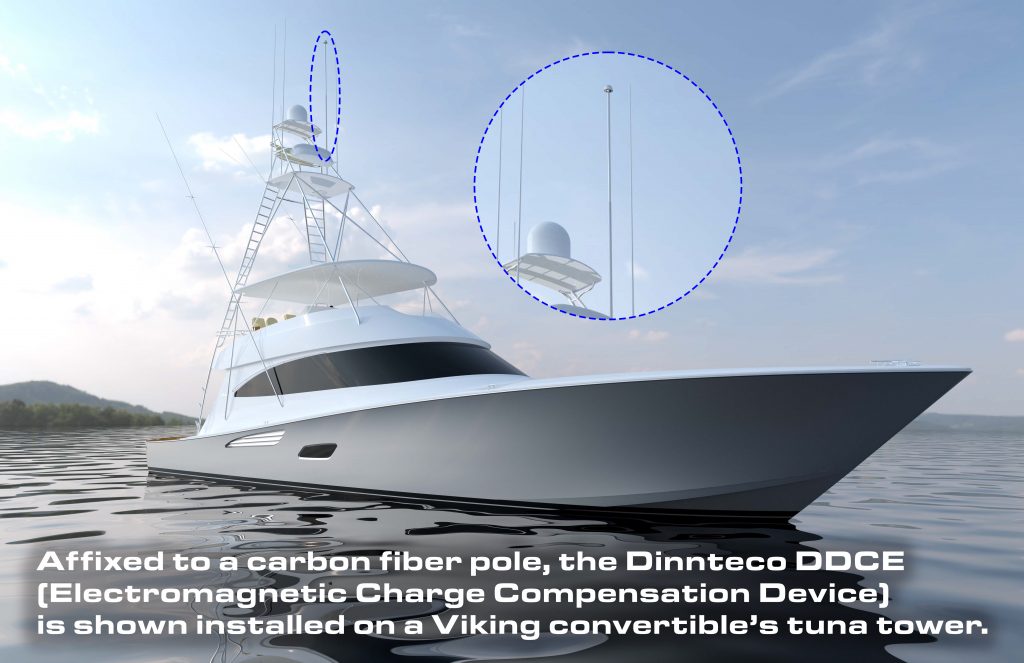 When DDCE is applied to a sportfish, the DDCE will be mounted on a custom carbon fiber pole on top of the tuna tower (as shown above).

If a yacht has outriggers, a second lightning suppressor called the DINEOL will be necessary. Both the DDCE and the DINEOL guard against direct lightning strikes. 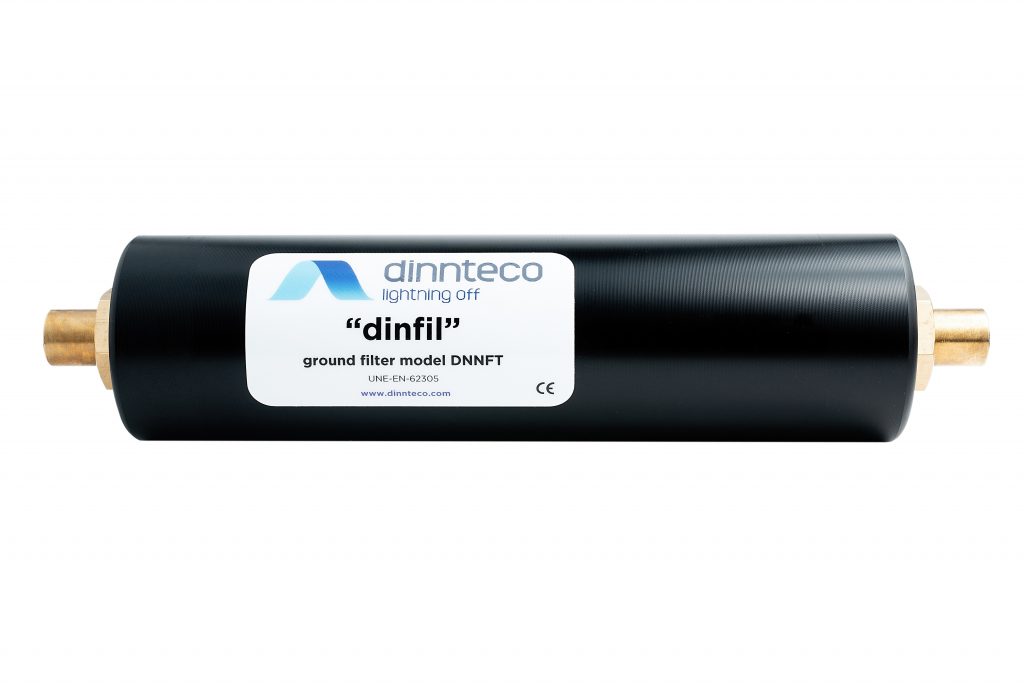 Dinnteco also has a third element, called a DINFIL (above), which protects the boat against indirect strikes.

AME has allocated a lot of time researching this product over the past year and has confidence in the Dinnteco technology. The next boat in the Viking demo program will be outfitted with the Dinnteco system. 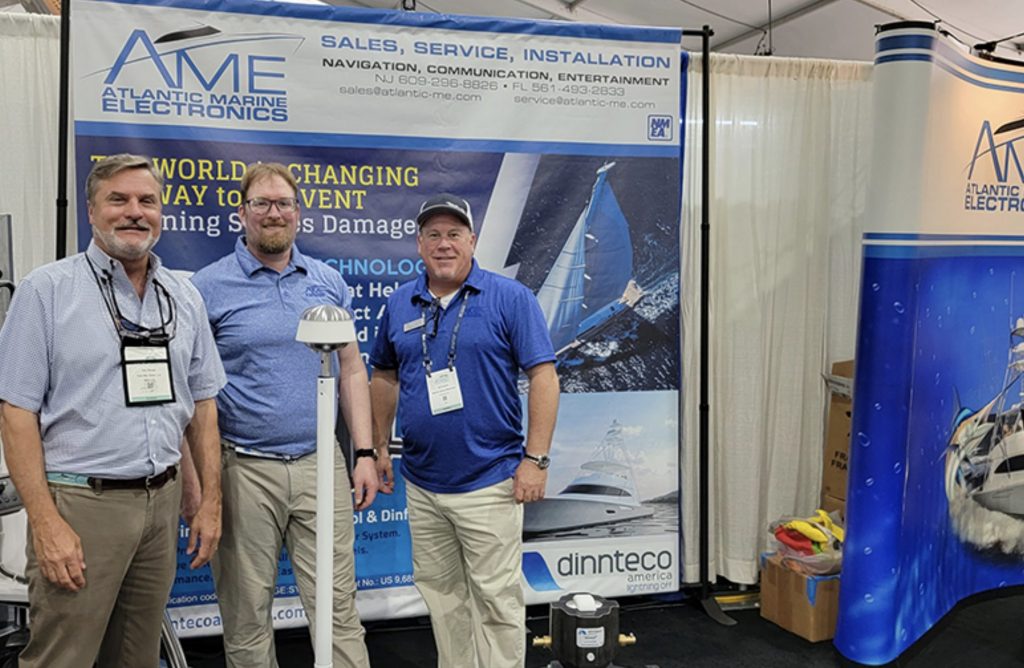 AME will be installing the system on new Vikings in its role as master dealer.

“We’re also interested in facilitating relationships with other companies so they can become dealers,” said Todd. “For instance, we have already partnered with ComMar Sales, LLC marine manufacturers’ representatives.”