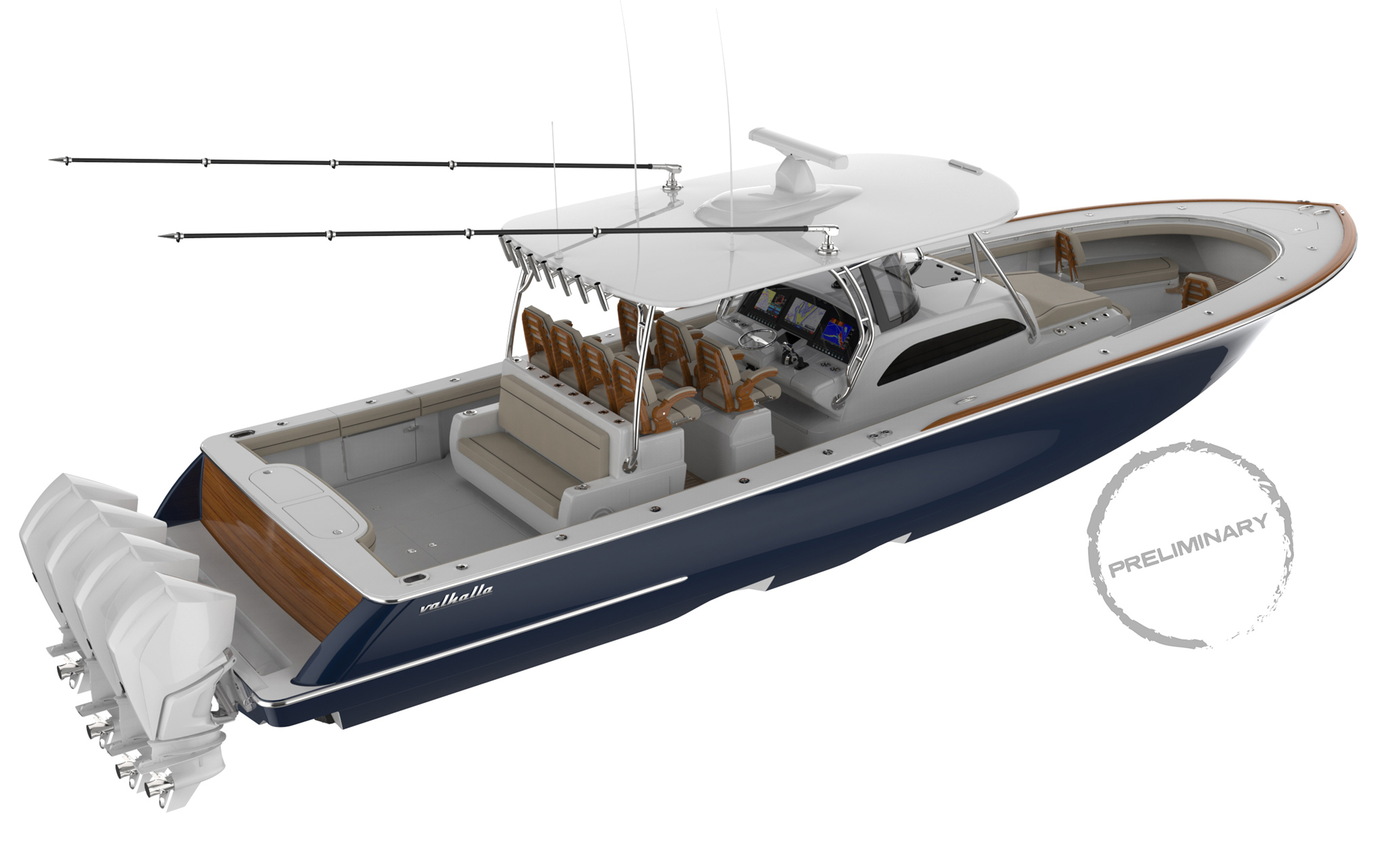 Pat Healey, President and CEO of The Viking Yacht Company and Valhalla Boatworks, made an exciting announcement yesterday afternoon. Building on the overwhelming success of the V Series high-performance luxury center consoles, the Viking Yacht Company has begun the next chapter in the evolution of Valhalla Boatworks – the V-46. She is scheduled to make her debut at the January 2021 Viking VIP event in Riviera Beach, FL.

Representing the next chapter of Viking and Valhalla’s endeavor into the center console arena, The Valhalla V-46 is a highly anticipated new model coming off the major success of Valhalla’s first 12 months in business in which the boatbuilder has delivered 70 of their center consoles. An additional 75 Valhalla’s are currently on the order books and demand is only expected to increase with the addition of the V-46.

The driving force behind the development of the Valhalla V-46, like many Viking models, was customer demand. Requests were consistent for something more in the 41 foot plus arena regarding accommodations, the cabin, ac and generator. Viking was not looking to squeeze these accommodation features into the existing V-41 model so that led them to explore building a larger boat. Overall length that was added in the creation of the V-46 was a little over 6 feet and the beam is a total of 21 feet. That extra 6 feet over the V-41 allowed the space necessary for different forward seating, accommodations, full head with shower, wet head, AC space, nice sized galley and bunk space.

With that good amount of added length, quite a bit of volume was gained aft for the seating area and raised platform. Second row seating and an aft mezzanine are all stationed on a 7 inch raised platform for better sight. The enhancements to the V-46 are significant and yet the center console will still hold that same exceptional fishability seen on the V-41 model.

Keeping water off your electronics and mechanical equipment is critical on an outboard/center console boat. On the V-46, Valhalla Boatworks developed a mechanical space similar to an engine room for the dedicated use of batteries, generators, battery distribution, water heaters and other components you will need to access on a regular basis. This mechanical room will be a walk in, stand up space.

Currently in the construction phase, the stringer grid mold of the V-46 is an example of the Viking philosophy of optimizing materials and structures. The stringer grid is an infused stand alone part that will be put into the mold and then into the hull during the build process. Part of the stringer grid includes an integrated section for the Sea Keeper so unlike most builders, it’s part of the design.

In true Viking and Valhalla fashion, all of the materials used in the V-46 are analyzed for weight reduction, optimal performance and ultimately the best structure that can be provided.

Interested in learning more? Get in touch with an HMY Valhalla Product Specialist: (561) 330-5030