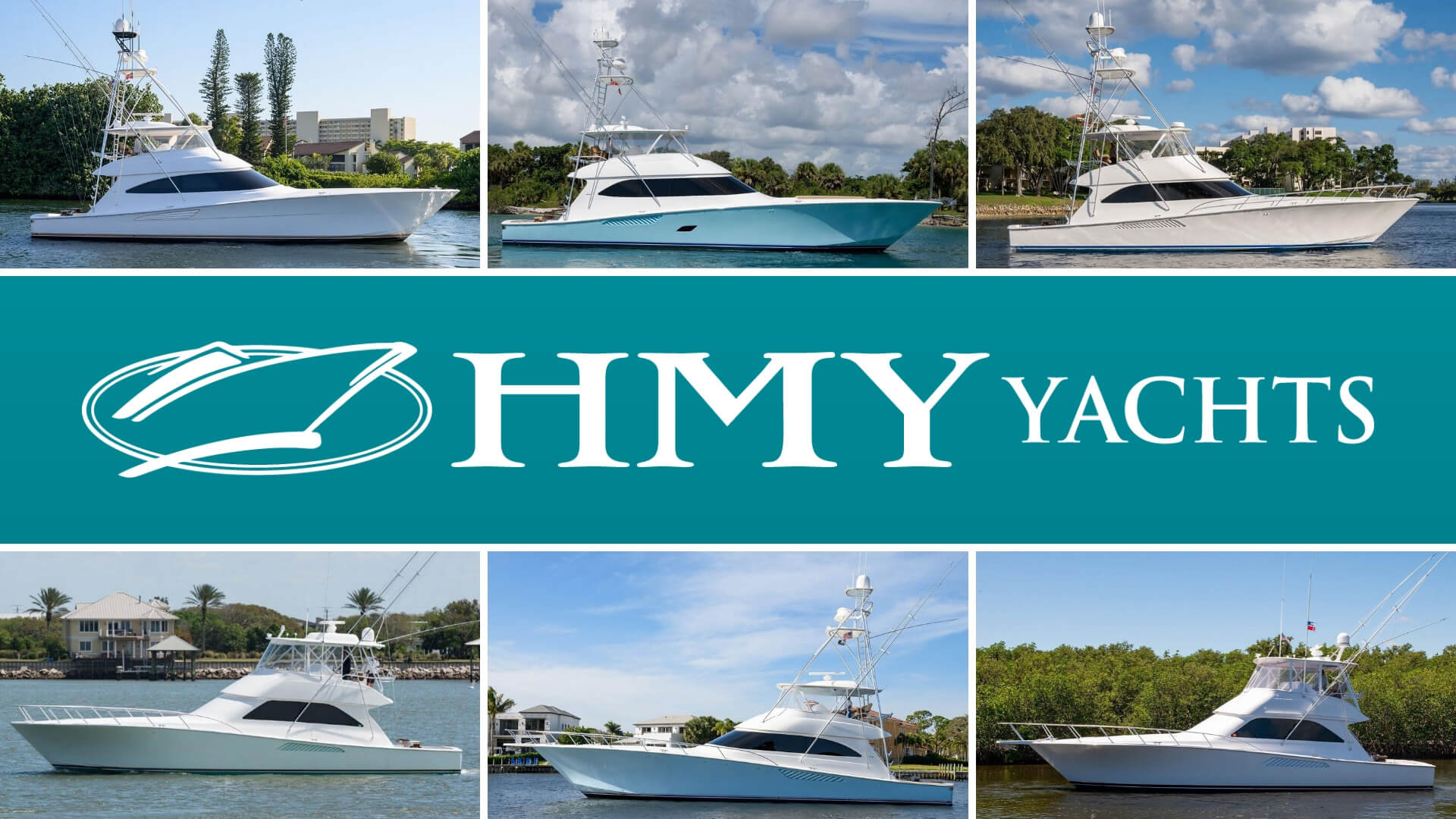 As the undisputed sales leader for Viking Yachts, HMY averages over 100 new and pre-owned Viking sales every year. HMY has more Viking experts on staff — and the largest network of current and past Viking customers — than any other yacht brokerage company in the country. It’s no wonder HMY is far and away America’s premier Viking dealer.

The six pre-owned Viking convertibles profiled below are just a few of our current selection of Viking listings.

“With all the hardcore sportfishing features a tournament angler could dream of, along with all the creature comforts a coastal cruiser could want, the new Viking 56 Convertible is truly outfitted to impress.” - Boatingworld.com

"The engine room was what put the finishing touches on my impressions of the 56—it was flat-out spectacular. From the companionway-style entry forward, everything was either powder-coated or Awlgripped white..." - Power & Motoryacht

“With the big Cats, performance of the Viking 60 was quite impressive. We reached 41.6 knots at maximum throttle, and at 2100 rpm we cruised at 37.6 knots, burning 122 gallons per hour.” - Yachting Magazine

"True to the Viking tradition, the company's new 60-foot convertible incorporates all of the proven Viking innovations, while moving forward to set new benchmarks in performance and style." - Marlin Magazine

“From the moment you step into the 206-square-foot cockpit of the Viking 76, you can see that this space was geared for anglers to spend a lot of time eyeing teasers and dropping back baits to pelagics.” - Power & Motoryacht

"Want a fast, maneuverable convertible that's large enough and has enough range to take you far afield? The Viking 76 accommodates those requirements while cradling you and your guests in comfort." - Marlin Magazine

“The engine room of the Viking 72 Convertible is a combination of gleaming white and polished stainless steel. It’s so large and well laid out that there’s room to spare and easy access to everything.” - Power & Motoryacht

"With an American walnut motif running throughout the salon, galley and living accommodations below, the interior of the 72 Convertible reflects an elegance that is as personal as its owner’s wish." - Marlin Magazine

“Inside, Viking designers have reprised a saloon layout that has worked well for them in other models: a forward galley separated from the saloon by an island instead of a peninsula. A peninsula is an available option.” - Power & Motoryacht

"Belowdecks the master cabin employs an athwartship berth and a head the size one would expect on a 70-footer. Twin hanging lockers and a dresser could hold enough gear and clothing for a season." - Marlin Magazine

“Beyond her pretty face, 48 Convertible is built with quality systems and components. For example, her engineroom is laid out for easy service, taking full advantage of the 16-foot, 6-inch beam. ” - Yachting Magazine

"Don’t let the cool style lines and luxurious stuff fool you, though. The Viking 48 Convertible is battle-ready with a fishfighting cockpit, an immense Palm Beachy flybridge and a solidly engineered engine room... " - Power & Motoryacht