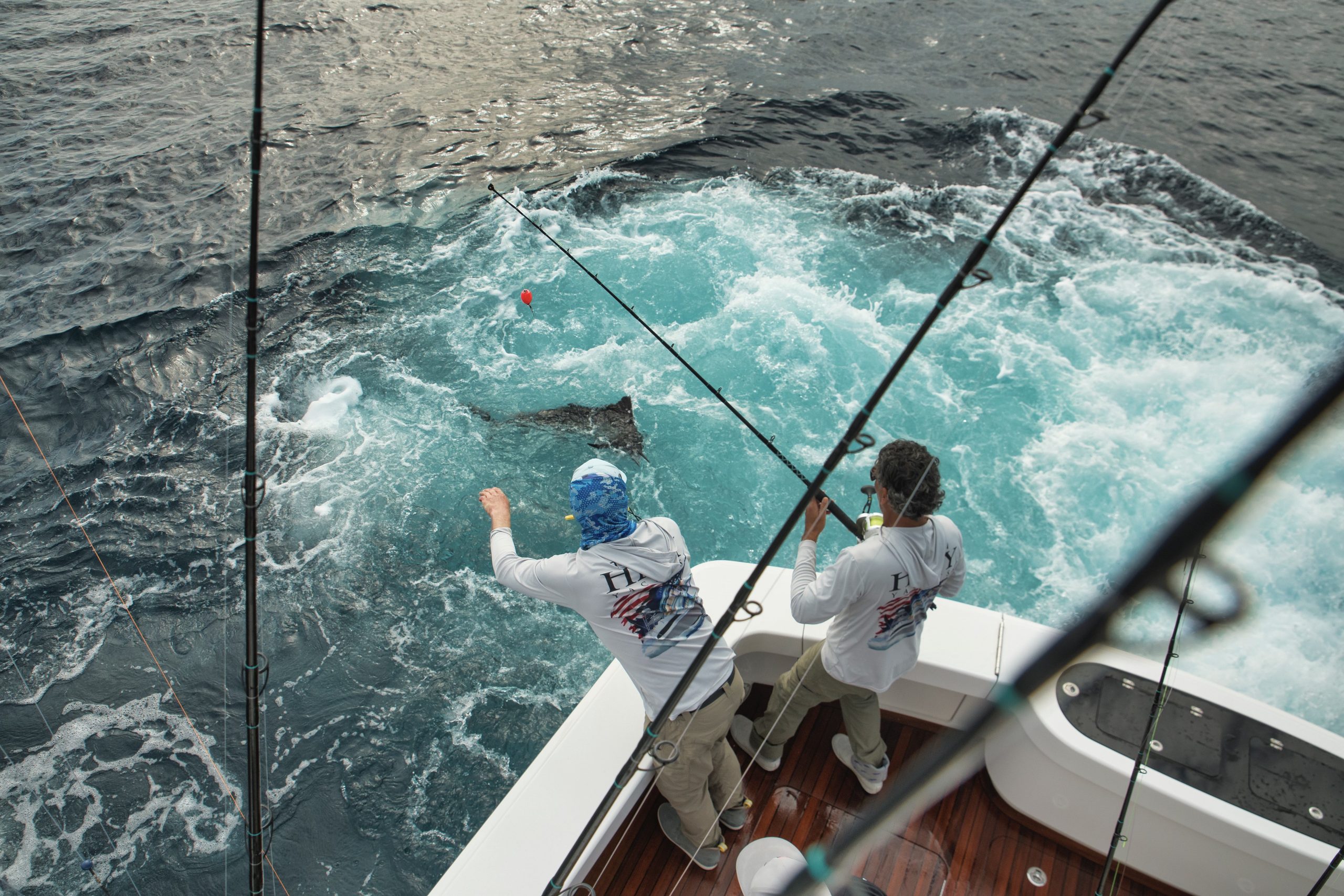 Team HMY left the inlet on Friday morning for day one to make sure their lines were in at 8 am. The team had a long, but incredible day. They released a total of six fish throughout day one of the tournament. However, they didn’t have any doubles or triples. They caught each sailfish as a single. It was really any team’s tournament at any minute of the day as sailfish release tournaments tend to turn around quickly. After fishing hard all day, the team was able to release a total of six fish. To top that off, Team HMY also caught a few meat fish during day one including an 11.9-pound dolphin as well as a 17-pound tuna to land first place in the dolphin division of the tournament, as well as second place in the tuna division. Team HMY took home a $53,100 payday after winning both Day 1 Tier 1 and Tier 2 dailies.

Team HMY prepped for day two and headed back out to secure another victory on Saturday morning. The captain and crew were in for a long day. The bite proved to be much slower on day two and the team found themselves with only one lonely sailfish release late in the afternoon. Although the South Florida temps seemed to heat up, the bite remained stagnant. It was time for Team HMY to make some last-minute moves. The Captain had the team pull the baits and prepare for a hail-Mary run with only 45 minutes left until lines out. Team HMY was cutting it close on time as they picked up in Jupiter and made a 30-minute journey north to an area near Stuart. With only 45 minutes left in the tournament and a 30-minute trip north, only 15 minutes were left to get the kites back out and fish a new spread. After a mere three minutes of arriving in Stuart and getting lines in, a member of the team was tight! The drag was ripping and team HMY had hooked up into their potential second sailfish of the day and eighth fish of the weekend. The team called in the fish to signal they were hooked on their eighth fish of the tournament. Team HMY landed the fish and had secured their eighth release for the weekend. The team later found out that 28 seconds after they called their fish in, another team with seven releases, now eight, had also called in just after them. Team HMY, Team Remix / Showtime, and Team Goin’ Raptor had all secured eight fish. First, second, and third place were all determined by time. Team HMY secured the second-place victory with a 28 second lead over Team Goin’ Raptor.

Although the fishing may have been on the slower side this past weekend, there was never a dull moment on board, Teammates informed us that the 5th and 6th sailfish release during day one were secured by the same angler. To make things even more interesting, this angler wore a lucky sombrero onboard all day while angling the two fish to secure the day one win.

Next up, Team HMY will be competing in leg two and leg three of the Quest For the Crest. Leg two, known as the Sailfish Challenge, will be taking place on February 17th – February 21st. This portion of the Quest For The Crest will have teams competing out of three different inlets.

In April, Team HMY will be competing in the final leg of the tournament series and fishing in Final Sail on April 7th – April 10th. Stay up to date with Team HMY as they continue to fish the new Viking 54’ Convertible on the tournament Trail for the Quest for The Crest Sailfish Tournament Title.