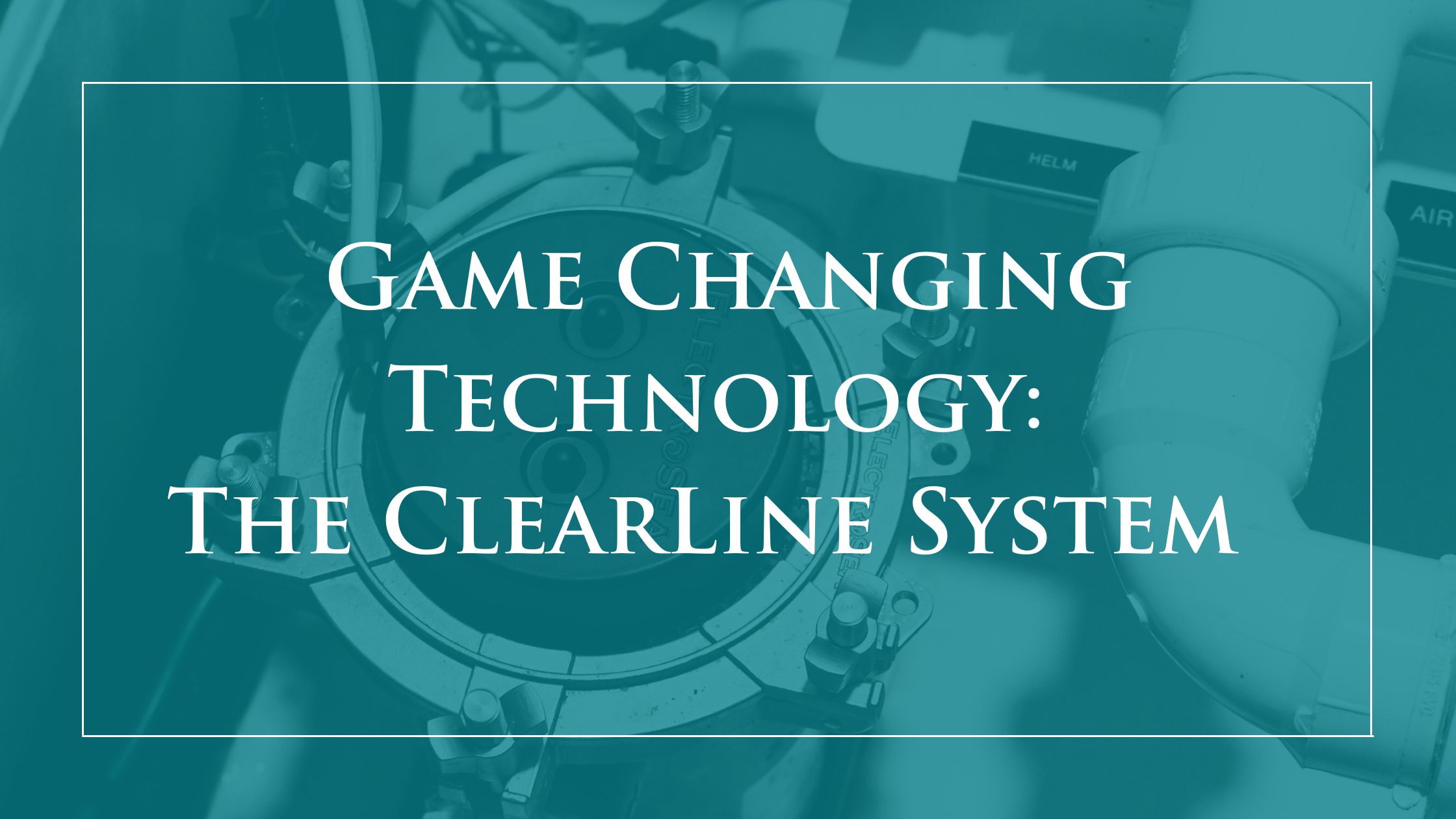 Barnacles don’t just live on a boat’s hull, they make their way into the cooling system where they clog raw water supply lines and choke air conditioners, chillers, refrigerators, and other equipment that depend on this water for cooling. Learn how ElectroSea has revolutionized the marine industry.

“When the seawater system in a marine air conditioning environment becomes clogged or has growth, it will slow down or stop the flow of seawater, which then renders it impossible for the unit to work, and failure occurs not only with highly fouled systems; one barnacle can cause a lot of problems.”   -       Mike Samuels, Viking Vice President of Customer Service.

As raw seawater is pulled into the boat, micro and macro-organisms foster a perfect environment for growth. Marine growth accumulates, and raw water hoses become clogged – causing high pressure and decreasing water flow. A/C, chillers and refrigerators need a certain flow rate to function properly. If left untreated, the blockage becomes too great, and systems will shut down – which always happens at the worst possible times. 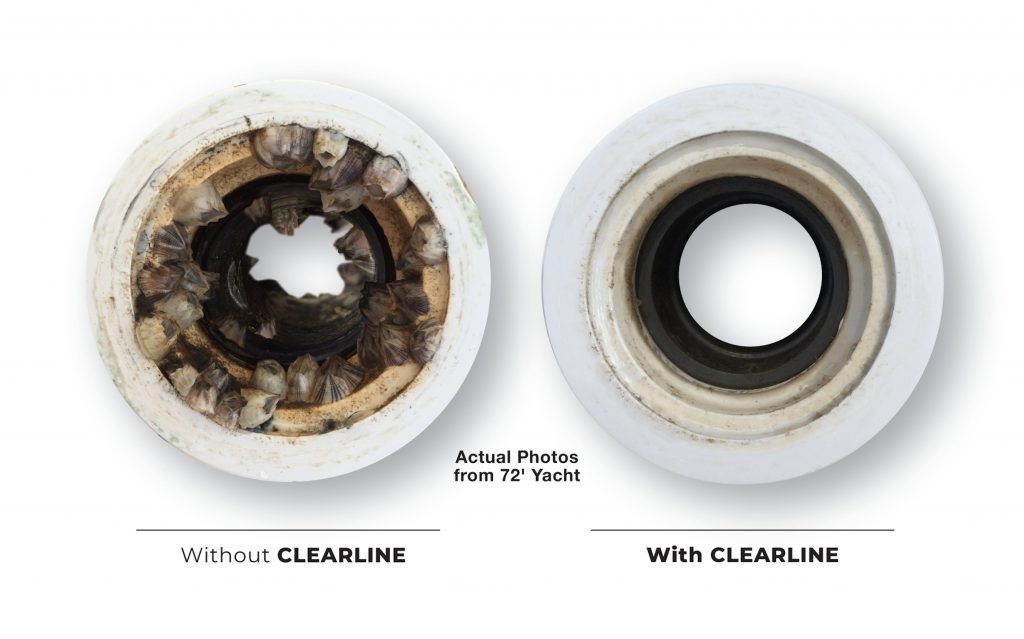 The engineers at ElectroSea harnessed the proven power of chlorine generation as an antifouling agent. Chlorine is a well-tested, safe technology with a long history of worldwide industrial application. The ClearLine System uses salt (NaCl) from raw seawater, and electricity to create a consistent, low-level of chlorine. Chlorine production level is dynamically adjusted based on real-time flow rate and seawater cell conditions. Chlorinated seawater goes through raw-water plumbing creating an environment where barnacles simply can’t live. 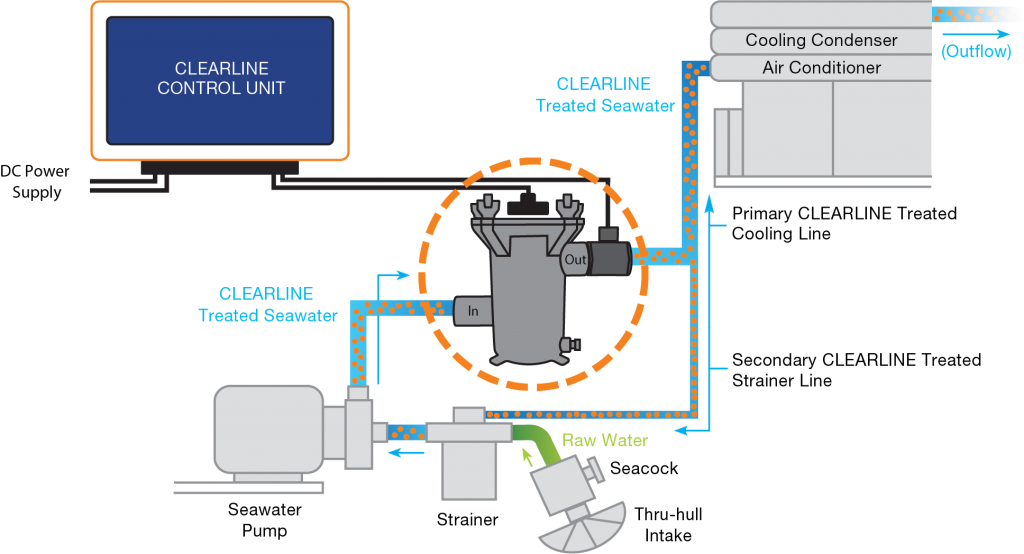 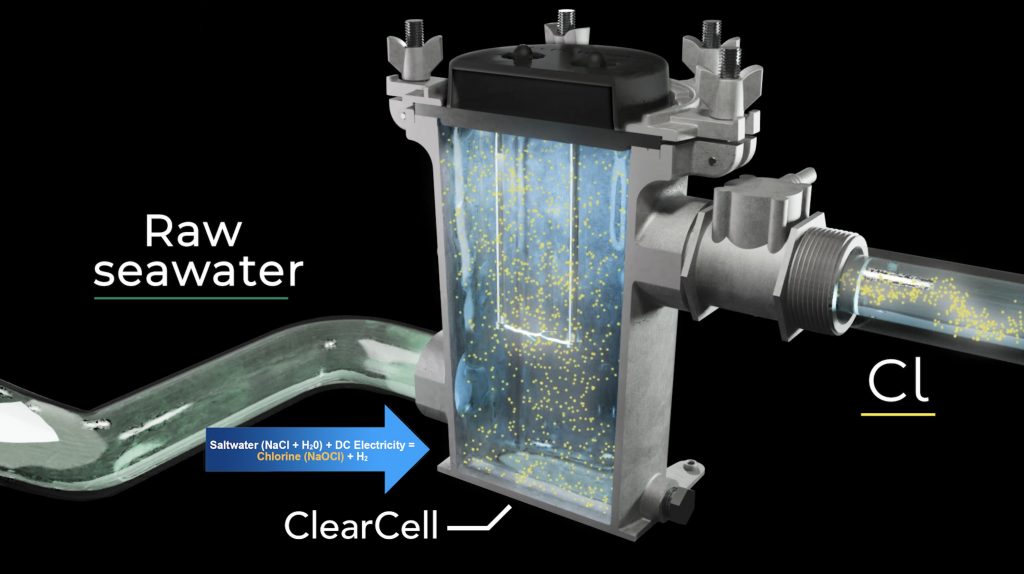 The Control Unit intuitive is easy to use with a full LED display, status indicator lights, and audible alarm. ClearLine is powered with 12 or 24 VDC and is easy to install during new build or retrofit.

The ClearCell is a specialized seawater electrochlorinator made from a unique formula of rare earth metal oxides. The ClearCell assembly is installed directly in the seawater intake circuit on the pressure side of the seawater pump. As raw water passes, it is treated with a safe and effective level of chlorine. Chlorinated seawater flows through the air conditioner, chiller, refrigerator, and other systems. A secondary chlorination line is rerouted to the strainer and intake hose to prevent marine growth forward of the sea water pump.

The Downside to Descaling and Other Treatment Methods

To keep growth to a minimum, some use chlorine or bromine tablets in their raw water strainers. The amount of chlorine in the tablets is not controlled and is harmful to the boat’s plumbing, not to mention it’s a never-ending task.

When growth is not prevented and becomes too great for sufficient raw water flow – it is necessary to descale the raw water system by flushing with harmful and expensive acids. Over time, these acids will eat away at plumbing and fittings – and will harm downstream cooling equipment.

Another disadvantage to descaling is that it allows marine growth to manifest in the plumbing. Without disassembling manifolds and fittings, there is no way to tell how much growth has accumulated in the pipes. So, most of the time the crew won’t descale until they’ve received a high-pressure alert or experienced a system failure. Even then, when the systems are disassembled and the marine growth breaks apart, it has to go somewhere. One can only hope it makes its way to a bucket or tank and does not get stuck somewhere in the cooling system causing an even worse problem.

“I have not had one person tell me that they were not ‘wowed’ by it. It’s the way to go, it’s the future. And those that don’t have it..need it!”  Viking Yachts includes the ClearLine System as a standard option on all new builds.

To learn more about ClearLine and ElectroSea click here.