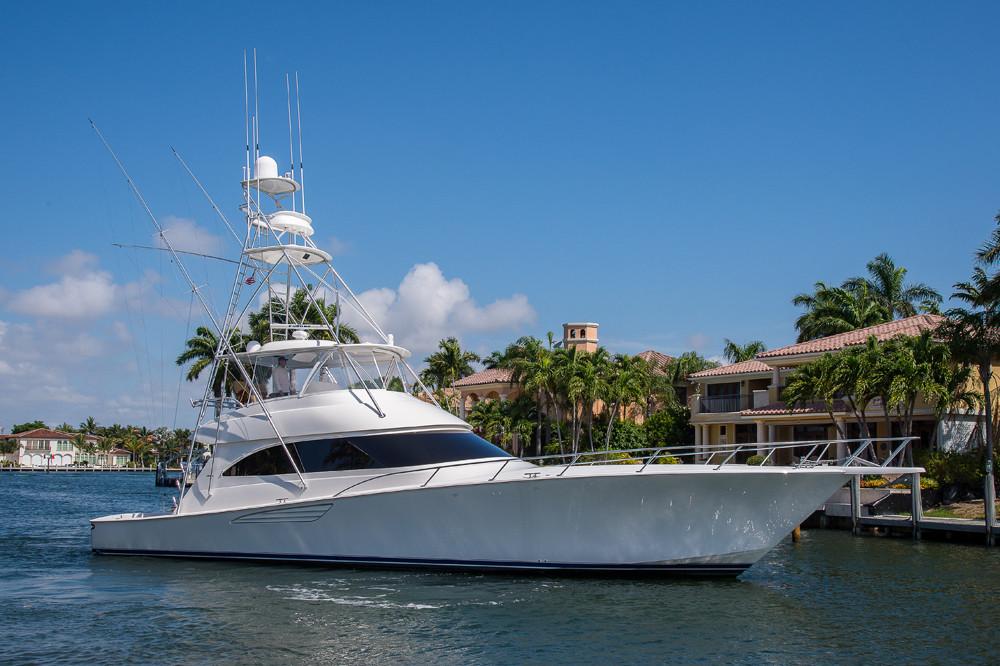 2015 Viking 66’ Convertible “HMY 66 Viking Trade I” is a fully-loaded and ready-to-fish masterpiece on the water. With a flybridge designed for ease of operation, cruising and fishing are a breeze. Thanks to her Palm Beach Towers tuna tower, custom rod storage, and helm air conditioning, “HMY 66 Viking Trade I” can raise fish at any battleground you visit. Additional fishing equipment includes Rupp triple spread outriggers, six rocket launchers on the aft bridge rail, and a Release fighting chair. For extended cruising trips or tournament living, this Viking has an open and inviting salon with an L-shaped lounge, entertainment center, six-person dinette, day head, and a galley with island counter, and accommodates up to eight guests in a four stateroom, four head layout. 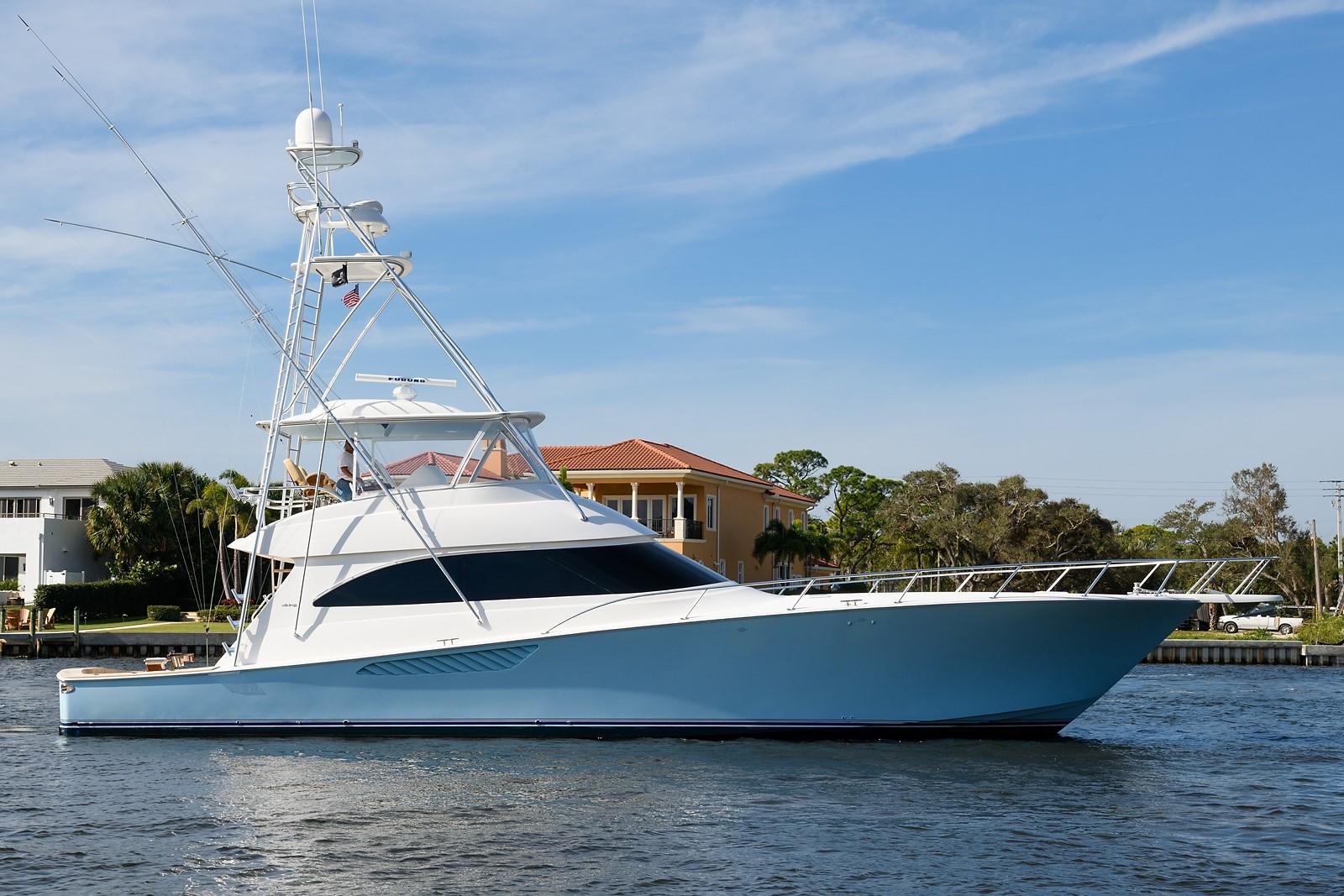 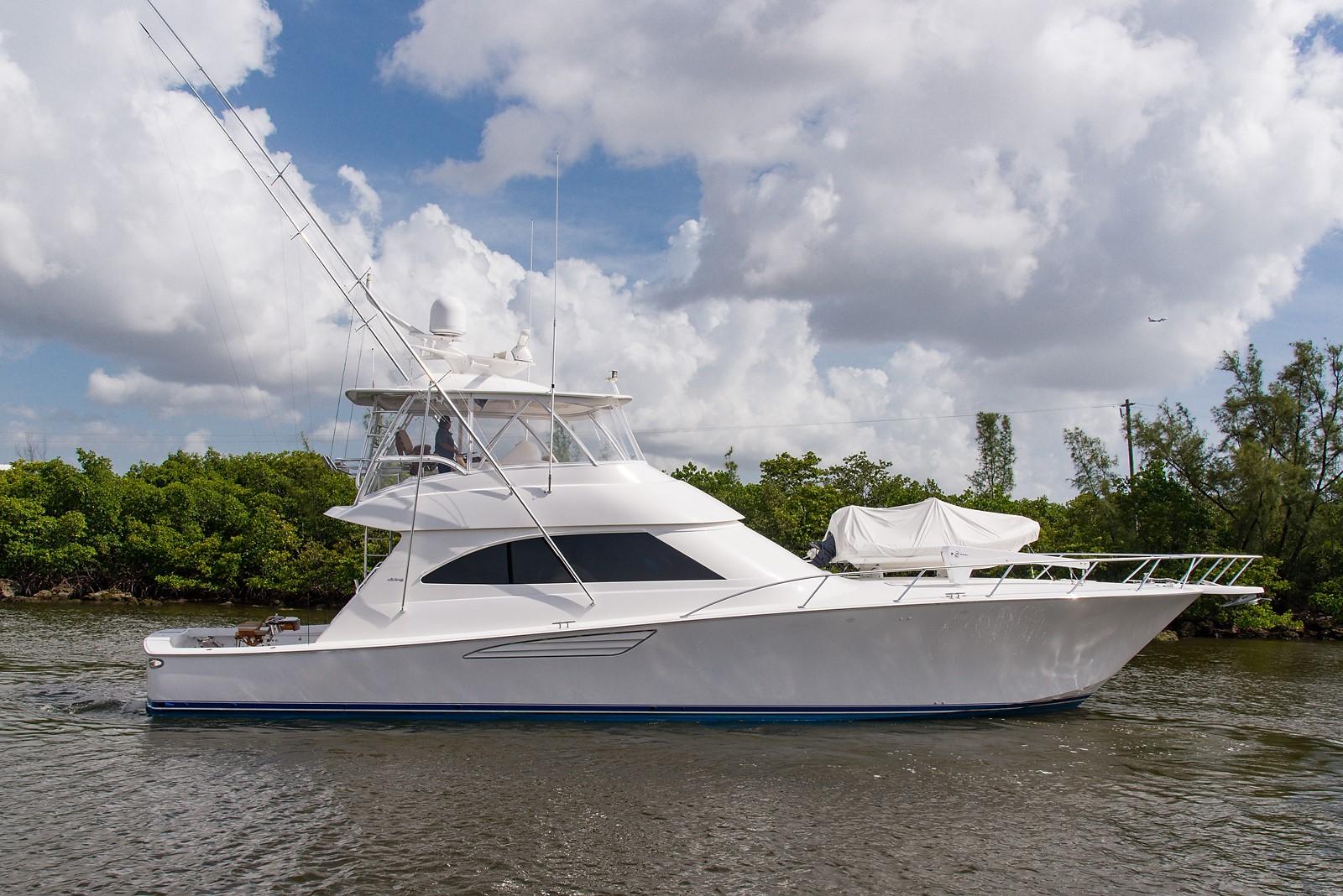 Turn-key “HMY 66 Viking Trade III” has been excellently maintained and is ready for your next offshore adventure. A highly sought-after Viking, this 2016 Viking 66’ Convertible is powered by CAT C32A engines protected by a Platinum Plus Warranty until 3/8/21 or 1,500 hours. This battlewagon is equipped with 43’ Rupp Bigg Riggs, Miya Epoch US9 teaser reels, six rod holders on the aft bridge rail, and a Release Trillion series fighting chair. With an immaculate four stateroom, four head plus day head layout, “HMY 66 Viking Trade III” also features televisions in each stateroom, beautiful gloss finishes, and a wine cooler in the pantry. A 14’ AB tender with 90hp Yamaha is also included. For effortless docking, this Viking 66’ Convertible has been equipped with a CAT 360 joystick installed in both the cockpit and on the flybridge. 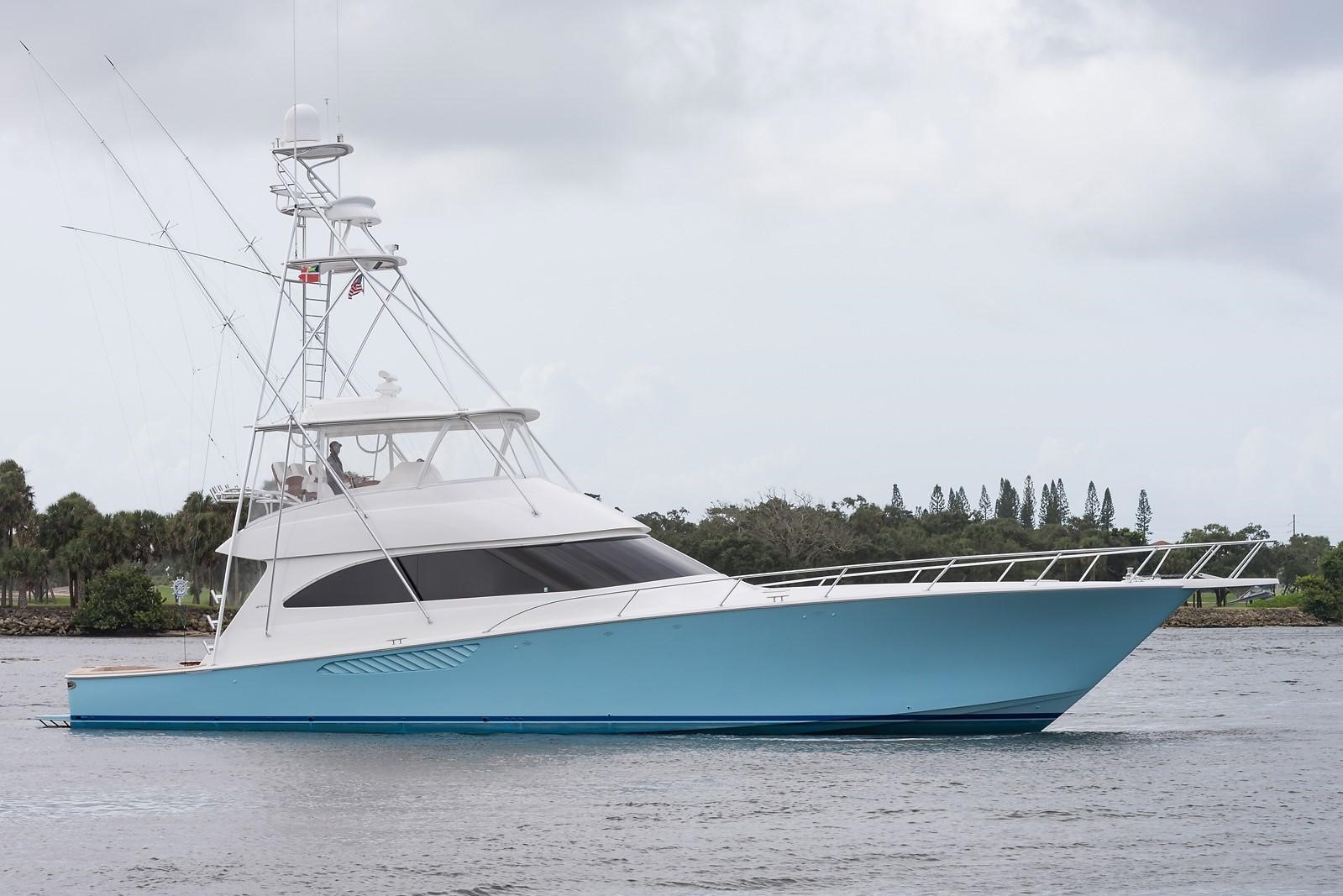 With less than 1,500 hours on her upgraded MTU M91 engines, 2012 Viking 66’ Sportfish “HMY 66 Viking Trade IV” is a rare find in today’s market. Equipped with a full teak package, Palm Beach Towers package, Release Marine rocket launcher, and overhead, recessed, Miya Epoch US9 teaser reels, this fish raiser is ready to take you to the winner’s circle. With four staterooms, four heads plus additional day head, “HMY 66 Viking Trade IV” was built with custom touches inside and out including a custom headliner throughout, custom granite counter in the galley, and custom hull color and boot stripe.