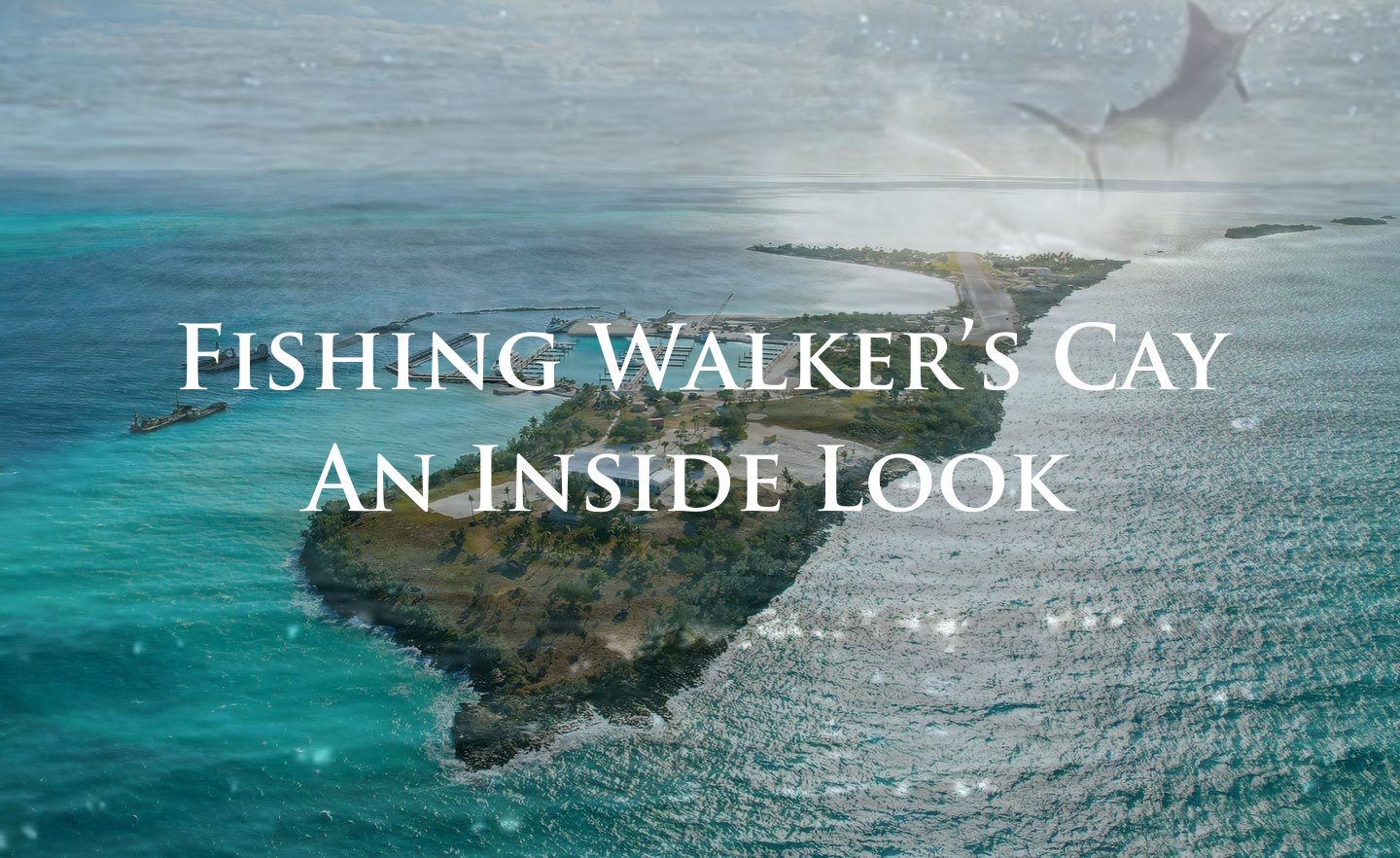 Fishing Walker’s Cay- An Inside Look

53 miles to the northeast of West End, Grand Bahama, in the northern region of the Bahamas, lies a legendary fishing destination. This island is easily accessible via a short run by boat from various inlets up and down the South East coast of Florida. Fishermen have sought after this location for many years and deemed it one of the premier deep-sea fishing spots.

This tournament was held in May 2021 this year. Two of our very own brokers Mark Mitchell and Jeff Thiel had the opportunity to fish in this world-class billfish tournament.

Our team dove into the details with HMY Yacht Sales Professional Mark Mitchell and is gives an inside look at what unfolded at the first billfish tournament in Walker’s Cay since her iconic glory days in the 70s and 80s.

“Walker’s is a magical place”, said HMY Sales Professional Mark Mitchell. "A lot of my friends fished Walker's in the 70s and 80s. Including a friend of mine by the name of Billy Black. He actually fished the tournament in 2021 as well, on board the Dutchess."

"Walker's is known for its fishing. They have it all, marlin, tuna, wahoo, dolphin."

"The water’s off of walkers house a huge reef system referred to as the “break. There are a variety of contours in the ocean floor, with current, and humps that make this region so fishable and unique. Just north there is deep water that comes up pretty quick. The tunas come from the NE and come across that area and head North in the Gulfstream; you have plenty of marlins. The dolphin are coming through February, March, and April. It’s just a nutrient-rich area to fish", said Mitchell.

Mark fished the tournament with family friends on board a 70' Viking named "Mr.LTD" better known as "Mr. Living the Dream"! With Mitch Mason at the helm and a crew that had been fishing together for nearly five years, they were all looking forward to fishing Walker's Cay Invitational. When the group arrived the re-built docks and marina at Walker's Cay were complete. "They are still working on restaurants, cottages, and hotels. They’ve made great headway and it’s going to be an awesome place. It’s coming back to life - Walker’s Resurrection," said Mark.

Walker's Cay Invitational was an Invitational tournament for inboard boats 32’ feet and larger. "Skip Smith was asked to run this tournament and many can attest that he did a wonderful job - like always!" Skip Smith for those that don’t know was at one time the Captain of The Hooker in The Madam and The Hooker fishing operation that holds various light tackle billfish records around the world.

"Carl Allen and GiGi and Skip Smith were a powerhouse of a team to bring this tournament to life."

Mark Mitchell and his family friends placed sixth in the tournament out of thirty-four boats. "The fishing had slowed down during the week of the Walker’s Cay Invitational. Most boats typically had a bite or two a day, but you had to capitalize on it." The opportunities were not frequent over the three days of fishing.

When Mark shared a day-by-day recap with us. He explained that during day one "Mr.LTD" had one bite. However, they were not able to capitalize on this and came back hungry on day two. On day two the team followed up with two blue marlin bites and put themselves on the board with landing one blue marlin for the day. On the final day of the tournament, Mark and his friends found another blue and landed it to finish with 1000 points and two blue marlin releases in the tournament.

"There were a total of 27 fish caught over the span of three days with almost 40 boats."

Mitchell explained that he was lure fishing and "if you’re one for two with lure fishing you’re doing pretty well."

We had to ask if Mark and his friends had any superstitions with lure fishing and Mark explained that, “It’s fishing, everything is superstitious. If you have a good bite the first day you wear the same outfit three days in a row!” But Mark and his friends usually use a tactic with 12 lures that they’ve had success with and replace the squid skirts, sharpen their hooks, replace the leaders, and everything else.

Mark explained that he, "likes to pull a few larger baits closer to the boat the fish tend to come in on the teasers. The larger fish seem to come in on the teasers looking for something to eat. They’ll typically pull something smaller out of the riggers. But it really comes down to the face of the lures, the weight, and the cup shape. If it’s flat calm, you’ll want something you can rip around. If it’s rough, you want something with more weight, so it doesn’t jump out of the water."

"I’m glad we got in on "Mr.LTD" this year and we plan on returning next year. This was a great tournament," said Mitchell.

Walker's is approximately 115 miles from Palm Beach inlet. "It is close and pretty accessible."

If you're looking for additional information on Walker's Cay you can click here. Or if you're looking to purchase a boat to cross to the Bahamas this summer check out our inventory online today.