A Smoother Ride with Gyro Stabilizers

For boating families and avid anglers being on the water is a little slice of heaven but for certain people and on certain days it can be quite the opposite. If you’ve ever been sea-sick, you know it's one of the worst feelings and if you’ve ever had to cancel plans on the boat due to high-sea conditions, you know just how disappointing it is. But what if you could eliminate that sickness inducing and, at times, hazardous side-to-side boat roll? It’s a safe bet that many more people would come to know the joys of boating and enthusiasts would be able to spend more time on the waters they are so passionate about.

Over the years, mega yachts and ships have had a plethora of choices in motion control available to them. However, smaller, faster motor yachts, sportfish and center consoles have long been neglected in the stabilization game. For these vessels, there's no problem while underway, but at rest - when anchored or drifting while fishing - even trolling, things onboard easily become rocky with passengers and items being tossed around. Add children to that equation and it can be quite unsafe.

Oftentimes to help with stability, mid-size and small boats and yachts would utilize fins or keels that were mounted externally below the boat’s waterline. Unfortunately, anything external created drag which in turn reduced speeds and plummeted fuel economy. For those wanting a better boating experience on their personal vessel, the answer lies with gyro stabilizers which are very effective in the reduction of boat roll, relatively compact, have a low energy consumption and can easily be installed on your current boat.

There are three primary manufacturers of true gyro stabilizers: Mitsubishi (antirollinggyro.com), Seakeeper (seakeeper.com) and Veem (veemgyro.com). Veem units are manufactured largely for superyachts and ships. Both Mitsubishi and Seakeeper offer a broader range of units, including gyros for smaller boats. Whether you own a 30’ center console or a 200' megayacht, both manufacturers have a gyro for you. The smallest units — the Mitsubishi ARG125T and the Seakeeper 3DC— are rated for boats in the 10-ton (displacement) range, 30'-40'. The 3DC, introduced in spring of 2015, is a direct-current unit suitable for boats without generators, or for owners who wish to run off battery power at anchor or while fishing without an inverter. They start at less than $30,000.

Although the gyro industry is a small one with few competitors, there are differences between the two most well-known brands. The Seakeeper is an active system spinning in a vacuum encapsulation. This is an advantage because it causes less friction and before Seakeeper Gyro, air friction was the limiting factor on how fast the flywheel could be spun. Active control enables the gyro to exert its full torque over a range of sea states allowing the Seakeeper Gyro to continue to operate when it is most needed. Minimal but regular maintentnce is necessary with the Seakeeper. It has been advertised that a Seakeeper Gyro reduces boat roll by 70 to 90 percent. 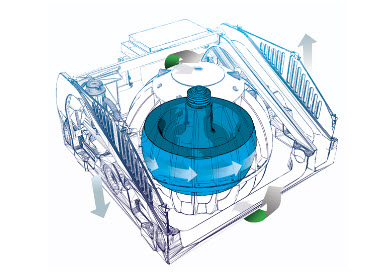 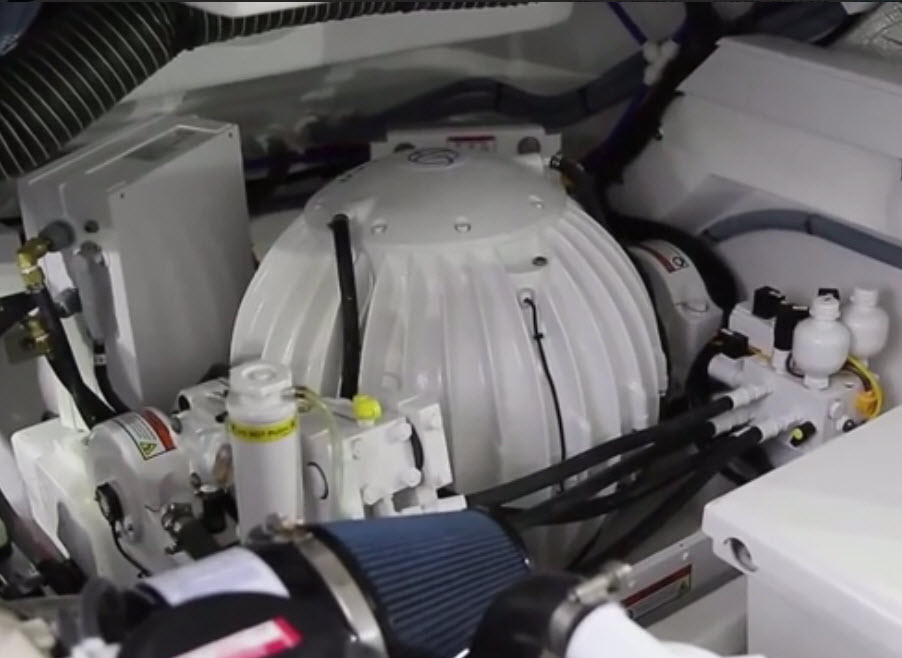 The Mitsubishi ARG spins at ambient air pressure and employs a passive system. The spinning flywheel is supported by a gimbal and when that gimbal is rolled, gyro torque is generated in the direction to counter the roll. Unlike active control, passive control, must be optimized for a particular level of wave energy. A passively controlled gyro must be turned off in the roughest conditions to keep from damaging itself. Contrary to Seakeeper models, the ARG doesn’t have a cooling loop – it self cools. The ARG does not require regular maintenance, it is only suggested that you visually inspect the ARG annually. Mitsubishi claims that its design is less complex and in turn less expensive to run than its competitors. Pricing for the ARG is not available online. 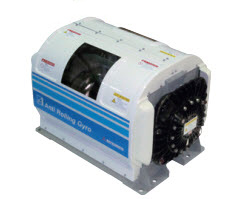 Both gyro brands come with a two-year warranty.

According to independent feedback available online you can't really go wrong with either brand of gyro stabilizer. A gyro stabilizer may be expensive but when considering the investment you’ve already made to own a boat or yacht, installing a stabilizer that will allow everyone to enjoy quality time on the water more frequently is ultimately priceless.