This past weekend, a fierce competition ensued at the Production Vs. Custom Shootout put on by Skip’s Tournaments, placing 62’ Viking “Free Spool,” in first place overall with a total of six blue marlin releases. Production and custom sportfishing yachts went head-to-head in an all-release format for the second leg of the Abaco Diamond Series, resulting in 87 total billfish releases- 40 releases being the coveted 400-point blue marlin. 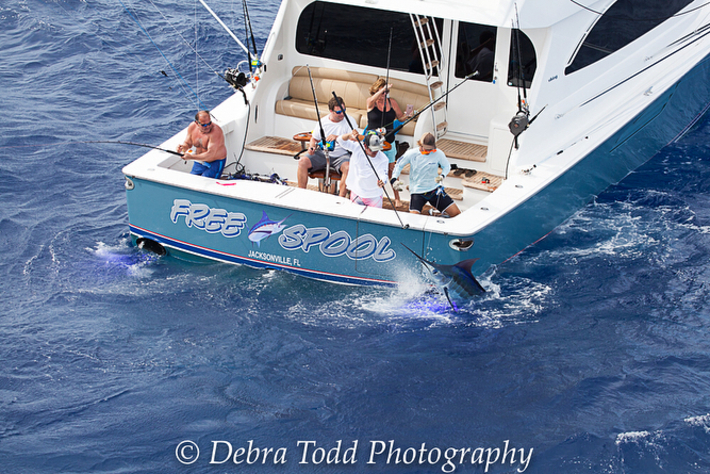 While HMY Yacht Sales Professional Alexie Creary wasn’t aboard “Free Spool,” she says they had a fun time fishing on “Sodium," a 75’ Weaver. “You’ve got to love when you’re reeling in a white marlin and another comes knocking on the transom door.” She talks about going three for three before 11 AM on the last day of the tournament, “Chad [Damron] had a white marlin on. As Mate Travis Butters pulled in the dredge, another white [marlin] showed up. Tyler pitched a spinning rod on the second and hooked a double. The first took forever to catch sight of, the second took about five minutes to identify, then a third showed up after that and we were able to release it within a minute or less.” 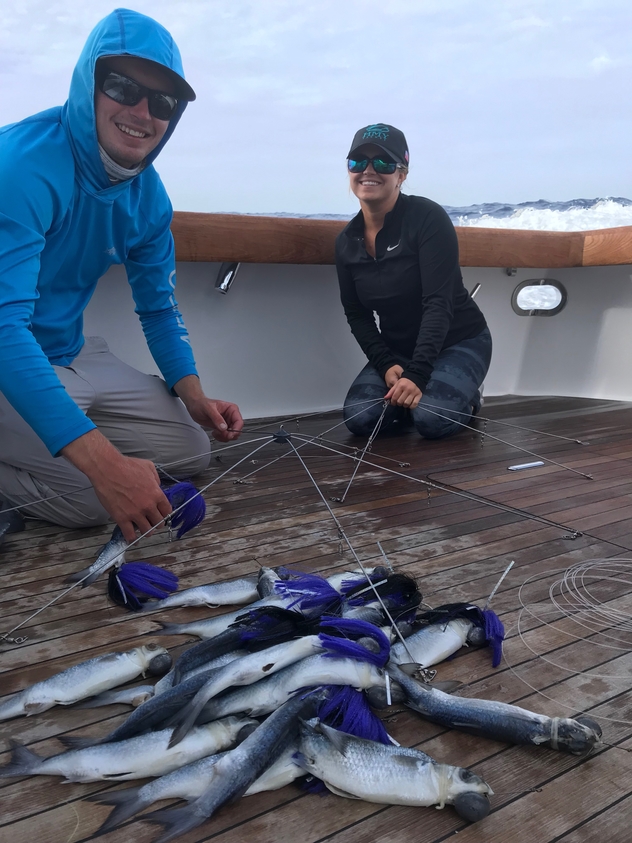 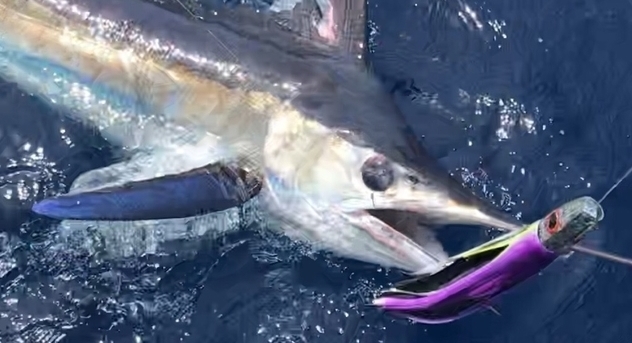 Lines in on the first day led to 62’ Viking “Free Spool” releasing three blue marlin fresh out of the gate. 80’ Viking “Game Changer” followed in second with two blue marlin and one white marlin, while 77’ Willis “Uno Mas” was trailing in third releasing one blue and three white.

65’ Hatteras “Grander” came in as first place daily releasing 2 blue marlin on the second day of the tournament. “Sonny Boy”, a 57’ Bertram, took second place daily with one blue and one white, and 61’ Garlington “Reel Lax” scored third place for the day, releasing a blue marlin and a sailfish. 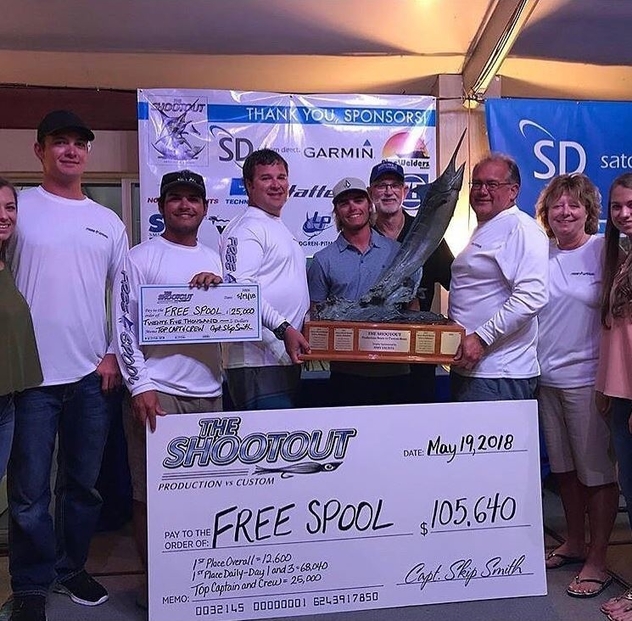 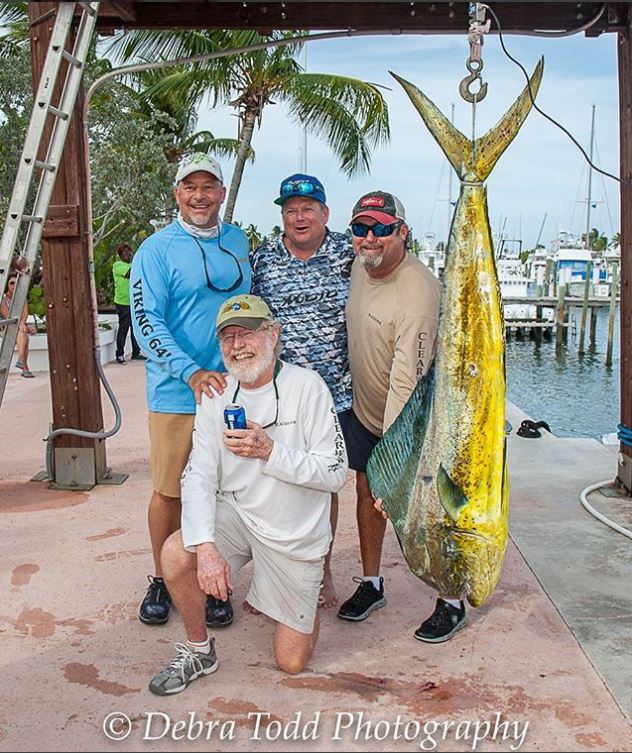 The Production vs. Custom Shootout is the second of three legs in the Abaco Diamond Series produced by Skip's Tournaments. As an opportunity for sportfishing competitors to show proficiency in three different billfish tournament formats, the committee awards the team whose prowess proves good enough to wear the series championship ring, designed by Mark Lloyd of the renowned Vanmark Jewelry Designers of Fort Lauderdale, Florida.

The Abaco Diamond Series championship title shall be awarded to the team who participates in all three designated tournaments, and obtains the highest combined overall score. Combining scores of the first two legs, 76' Viking "Miss Victoria" is in the lead so far with 3823 overall points, with 62' Viking "Free Spool" following second at 2725 points, and 61' Chadwick "Three Times L" trailing in third with 2225 points.

The third and final leg of the 2018 Abaco Diamond Series, the Abaco Beach Blue Marlin Tournament, takes place May 30th through June 2nd at the Abaco Beach Resort. Scoring will be live on CatchStat.com, or follow us on Facebook and HMY News for updates.