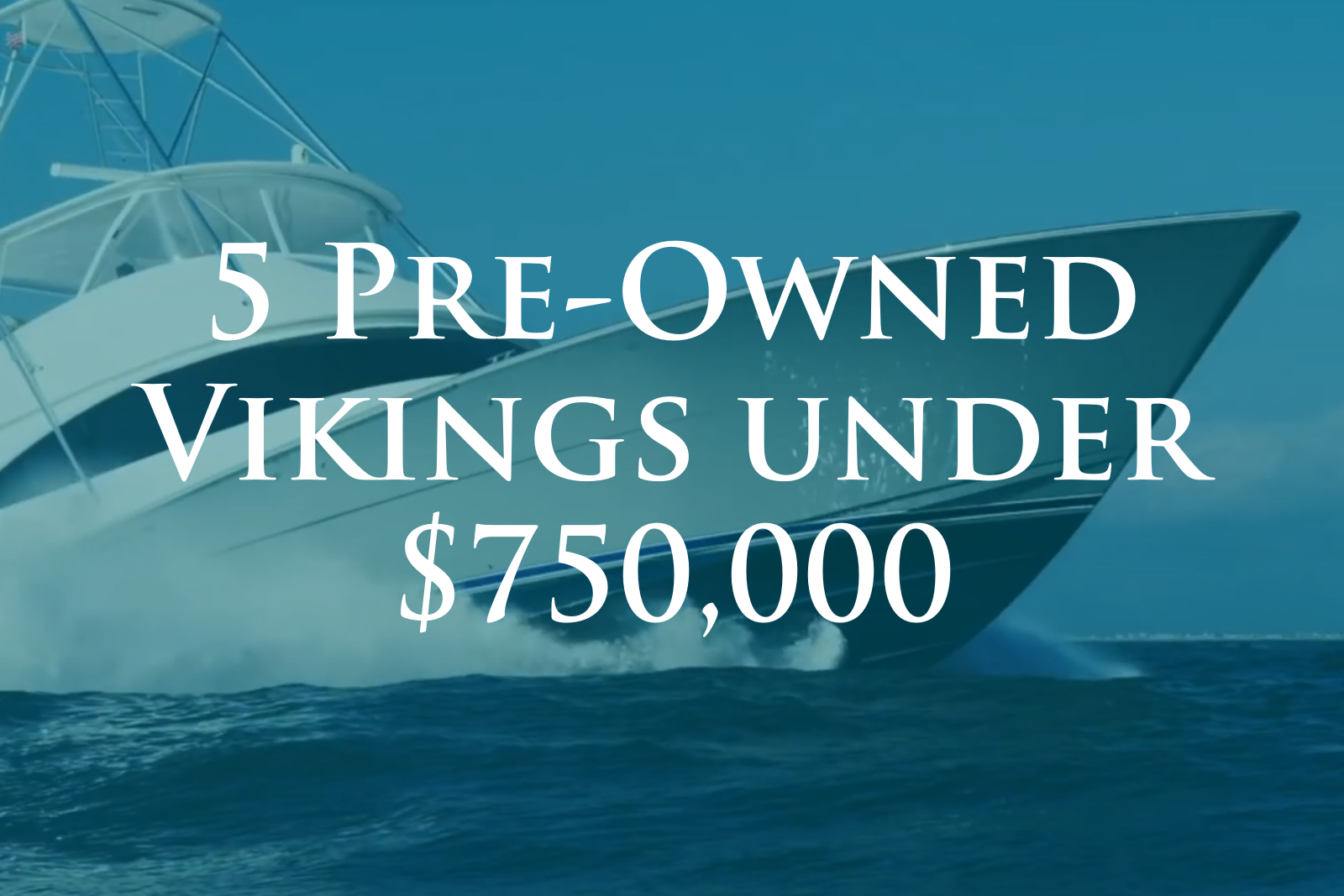 Viking Yachts has been building the highest quality sportfishing boats in the world for over 50 years. For those with the resources, owning a late model Viking ranks among life's most rewarding experiences. Few marine industry brands are more closely identified with quality than Viking, and none surpass the elite Viking reputation for long term owner satisfaction.

"The Viking 42 is the first production sportfishing boat from any builder to be powered with Zeus pod drives. Surprisingly, she also features a small cockpit mezzanine – an unusual perk in a convertible this size." - Powerboat Guide

"Below, the 42 makes full use of her nearly 16-foot beam regardless of whether she is outfitted with two or three staterooms. If the owner chooses a two-stateroom layout, a mid-level galley replaces the third berth." - Power & MotorYacht

"For owners with an appreciation for the best, the Viking 56 Convertible is in a rarefied league. It is the finest engineered fishing and long-range cruising production boat we have seen, a boat for the yachting connoisseur." –Boatsales.com.au

"The engine room was what put the finishing touches on my impressions of the 56, though—it was flat-out spectacular. From the companionway-style entry forward, everything was either powder coated or Awlgripped white." –Power & Motoryacht

"From the cockpit you step into the saloon, where one of the first things you notice is the gleam. It’s a result of light reflecting off the beautiful hand-finished teak joinery that’s a signature feature on all Vikings. " – Boats.com

"The 52 offers all of the fishing and handling characteristics of its larger sisterships in a somewhat smaller package. Fishing features include a 145-square-foot cockpit with a bait freezer, tackle center, and large in-sole fishbox." –SaltWater Sportsman

"...one of Viking's best-selling models ever — 153 were built during her production run. So popular was this yacht that many anglers believe the 55 to be as good as it gets in a sport fishing yacht of this vintage." –PowerBoat Guide

"Another reason for Viking 55’s smooth ride was the new hull's sharper raked entry, which seems to knife through steep seas. To add stability, the hull's deadrise works its way back to 15.5 degrees at the stern." -SaltWater Sportsman

"This Viking convertible, like all her predecessors, will be tourney-ready. The bridge offers seating forward and to each side with plenty of storage space, as well as an easy-to-navigate ­centerline helm." –Marlin Magazine

For any of your Viking Yachts needs please contact an HMY Viking Specialist at 561-331-5200.