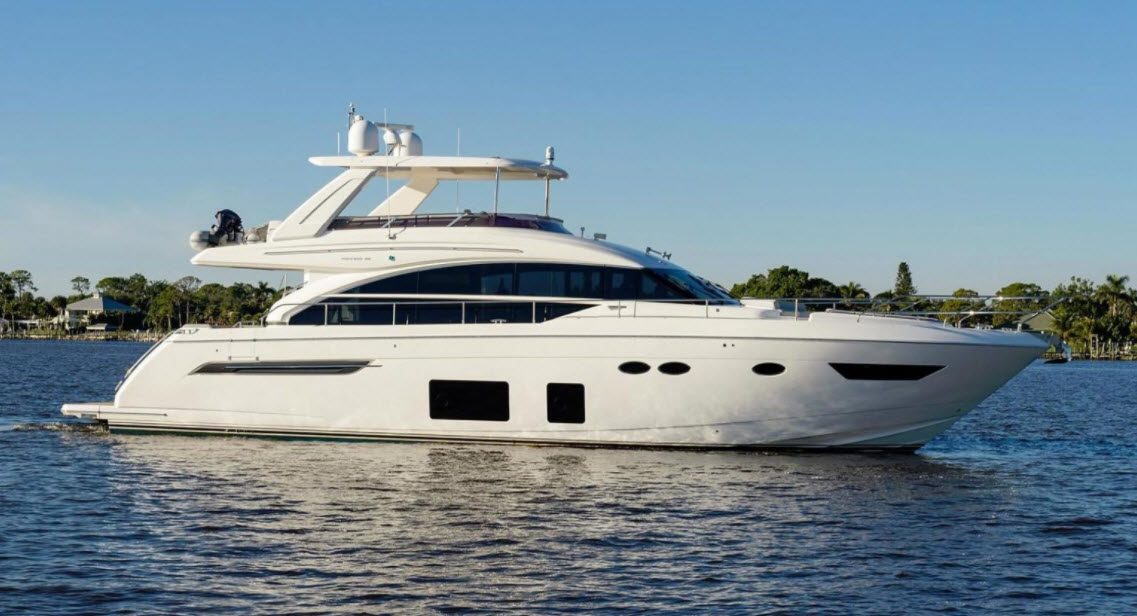 HMY Yacht Sales is pleased to announce the sale of “Skippin Stones,” a 2016 Princess 68 Flybridge Motor Yacht out of Stuart, Florida. Skippin Stones was listed by Mike McCarthy and sold by John Parry.

This 2016 Princess features two MAN 1400 horsepower engines, side power variable speed bow and stern thrusters, and an aft docking station with yacht controller. Exterior features include a hydraulic swim platform, MarQuipt boarding ladder, and Lumishore underwater lights. The flybridge and lower helms are both outfitted with Garmin navigation systems and she is pre-wired for Seakeeper Gyro stabilization systems. This 68’ flybridge motor yacht is also outfitted with a Sea Recovery watermaker.

The luxury vessel’s flybridge features a wet bar and electric grill. The lower helm of the 68’ Princess is outfitted with two Truffle leather helm seats. Her foredeck seating area with coffee table is a perfect spot to lounge while you’re cruising. This 68’ flybridge motor yacht’sspacious and comfortable luxurious interior is loaded with walnut with a satin finish. And the sun-drenched salon is outfitted with ample seating, and a Samsung 48” LCD TV with actuator, satellite system, and premium surround sound system.

Onboard accommodations on this 68’ flybridge include four staterooms and three heads, in addition to a separate crew quarters and head.