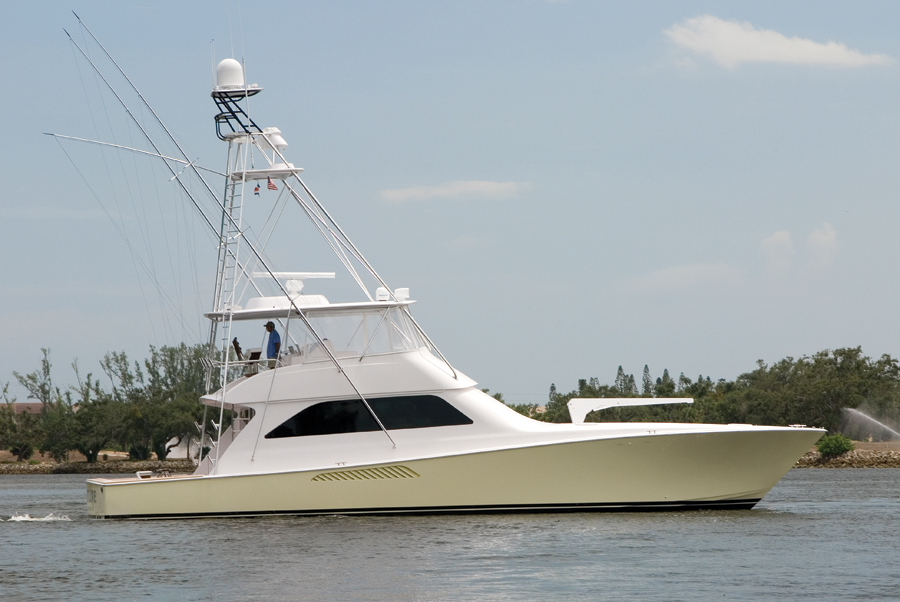 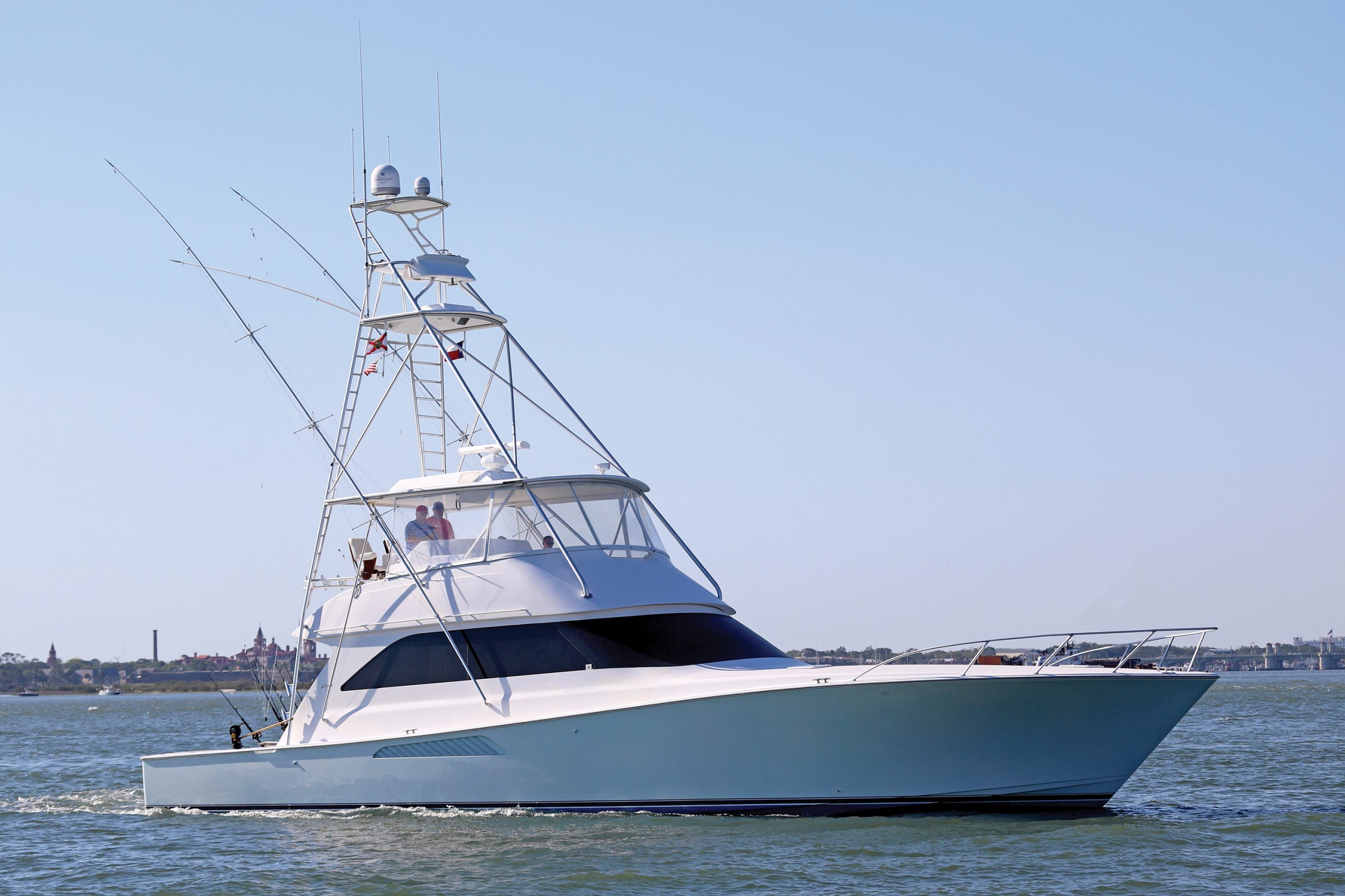 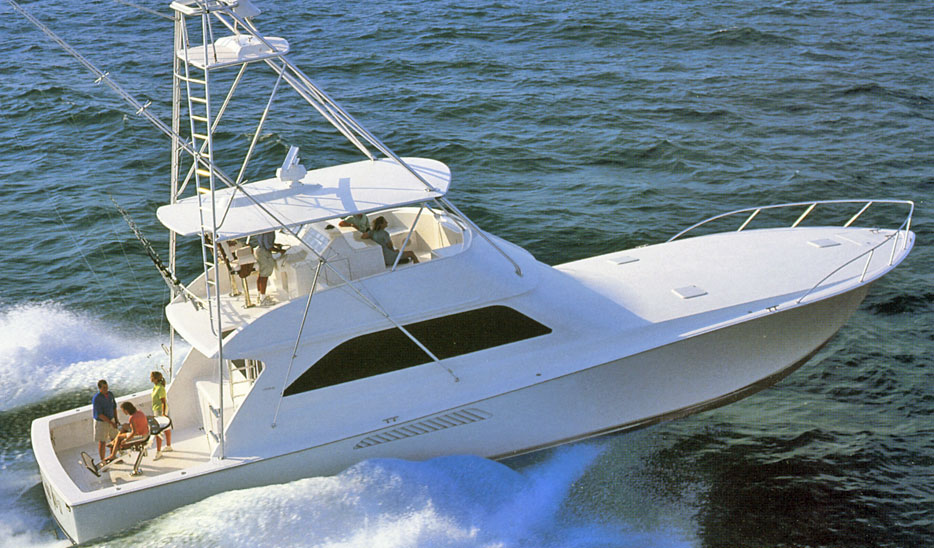 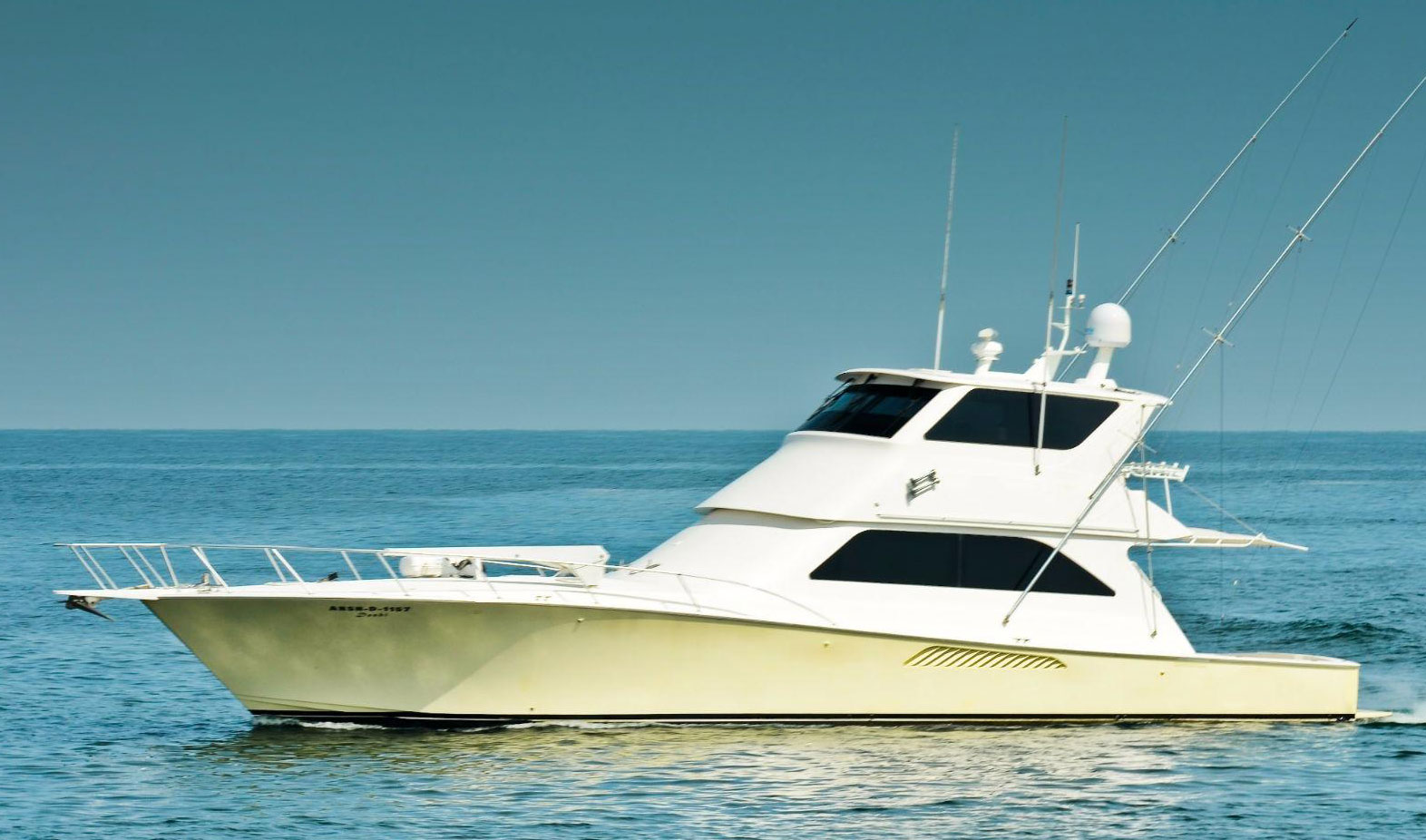 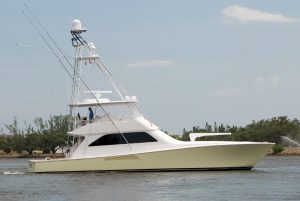 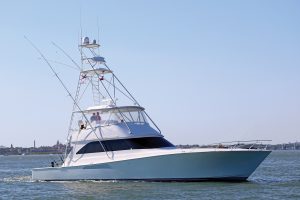 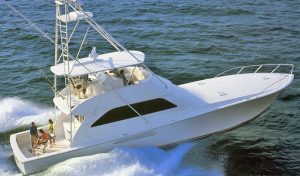 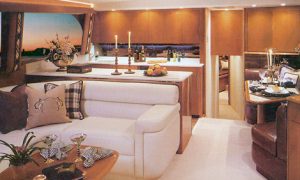 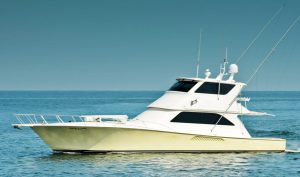 A proven tournament contender, the 61C is one of the most popular Viking models ever built.

The 61 Convertible is arguably the most sought after model that Viking ever built. Lean and muscular, her massive cockpit and agile open-water handling were for many years the standard by which all big convertibles were measured. Descended from the iconic Viking 55 Convertible, the 61 has a sharper entry than previous Vikings for a drier ride and improved headsea performance. The 61C was available with two equally popular interiors, a three-stateroom layout with three full heads and a four-stateroom configuration with three heads and a VIP queen forward. Like all Viking interiors, the high-gloss teak woodwork, granite counters, and designer decor make for elegant accommodations. An enclosed bridge model with a spiral salon staircase was optional. The engine room has standing headroom with a separate pump room forward. In 2005 a mezzanine deck became standard, and in 2003 the hull bottom was redesigned with prop pockets. Like the Viking 65 and 72 convertibles before her, the hull of the 61C is fully cored. A total of 153 were built. MTU 1,520hp 16V2000—or Cat 1,675hp C-32—diesels cruise at 30–32 knots (mid to high 30s top).

ENCLOSED BRIDGE
The optional enclosed bridge shares the features of the Open Bridge model with a climate controlled helm accessed from both the salon and cockpit.