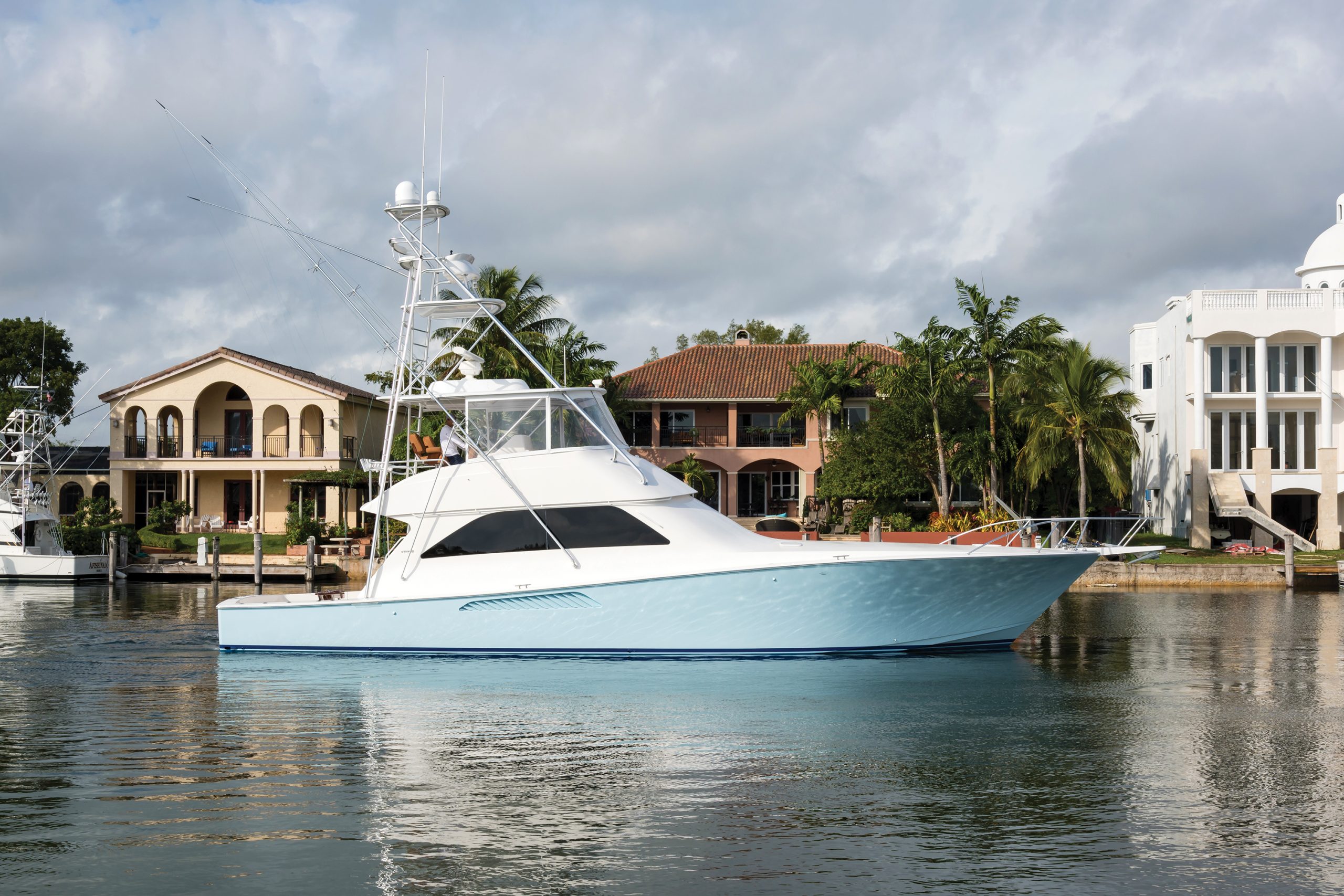 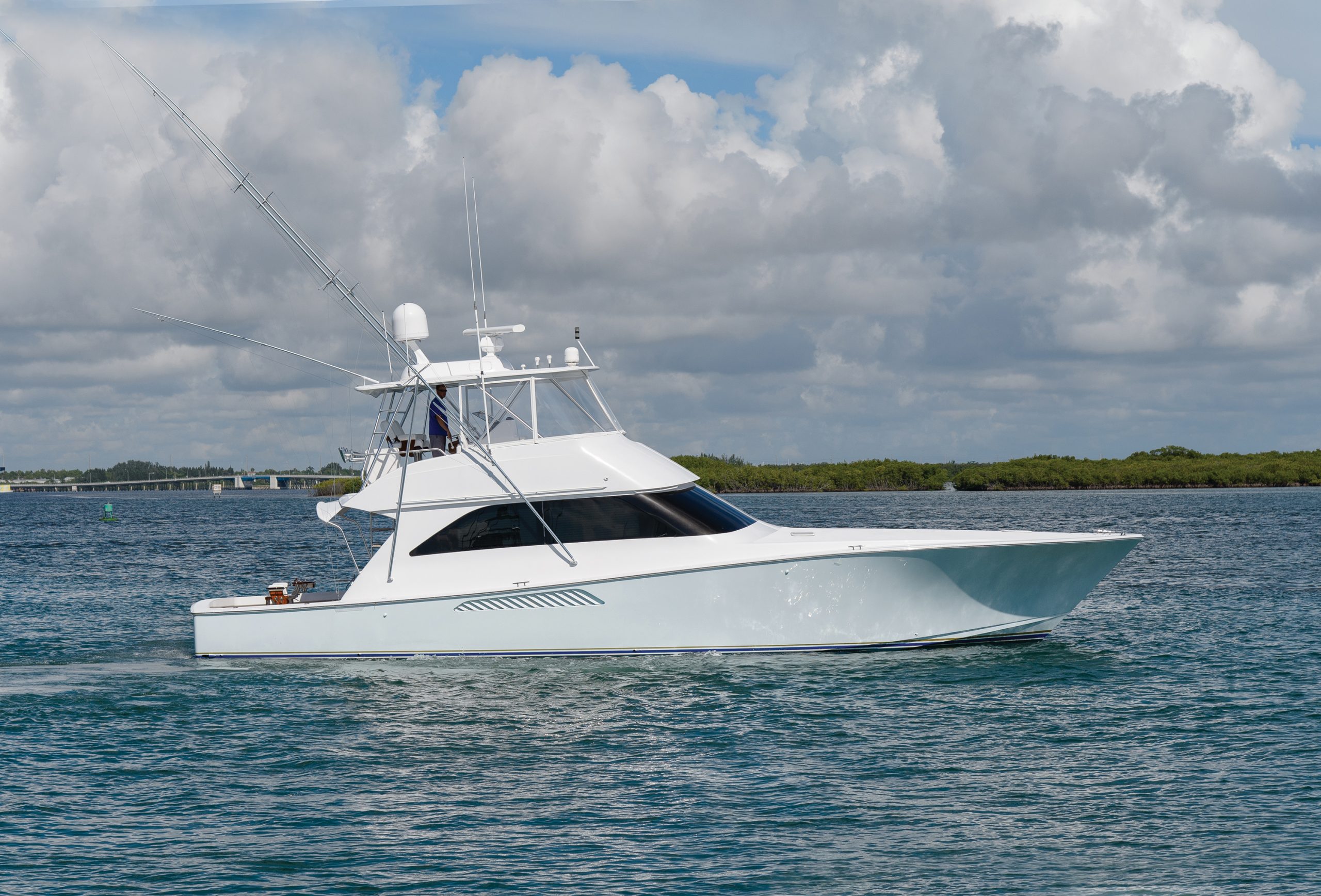 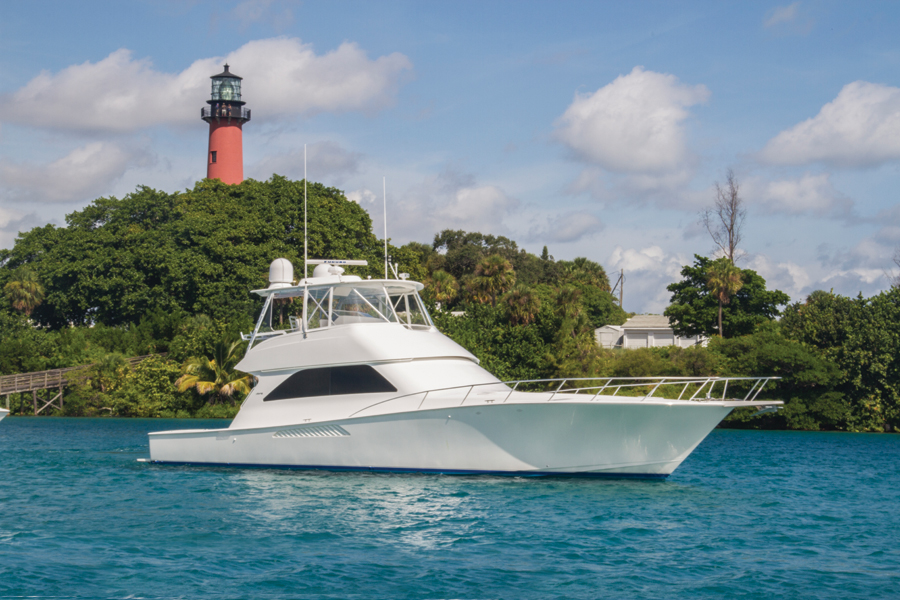 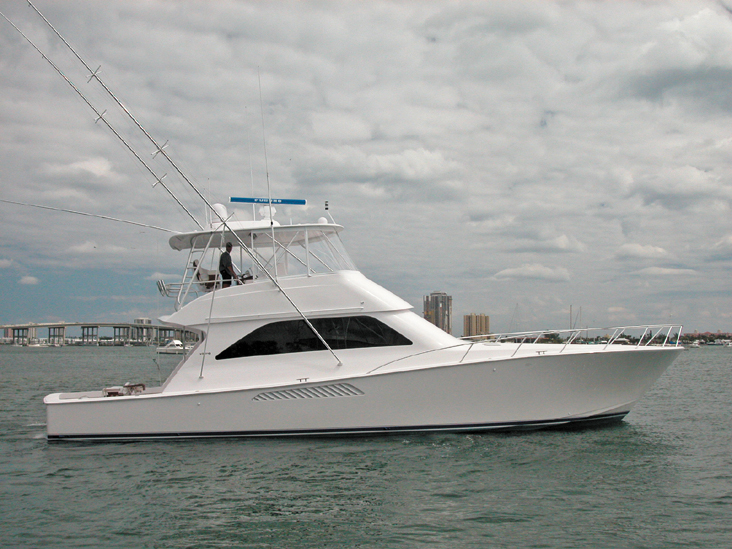 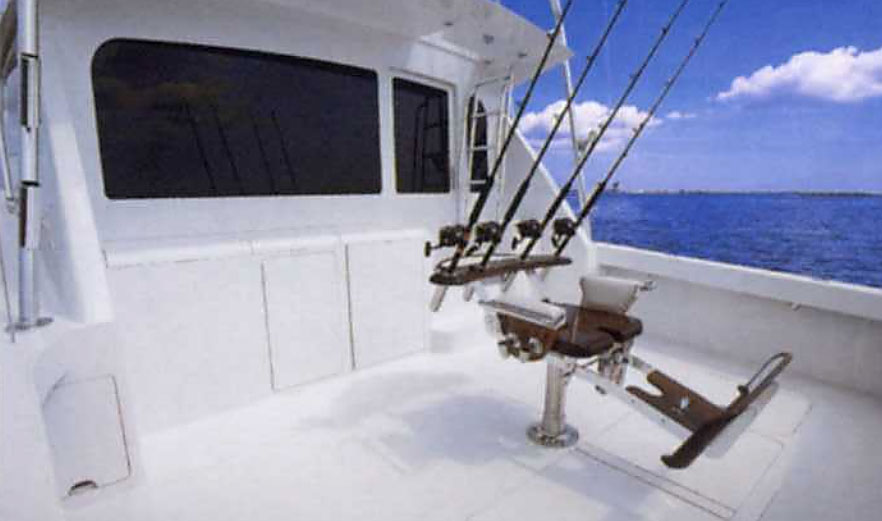 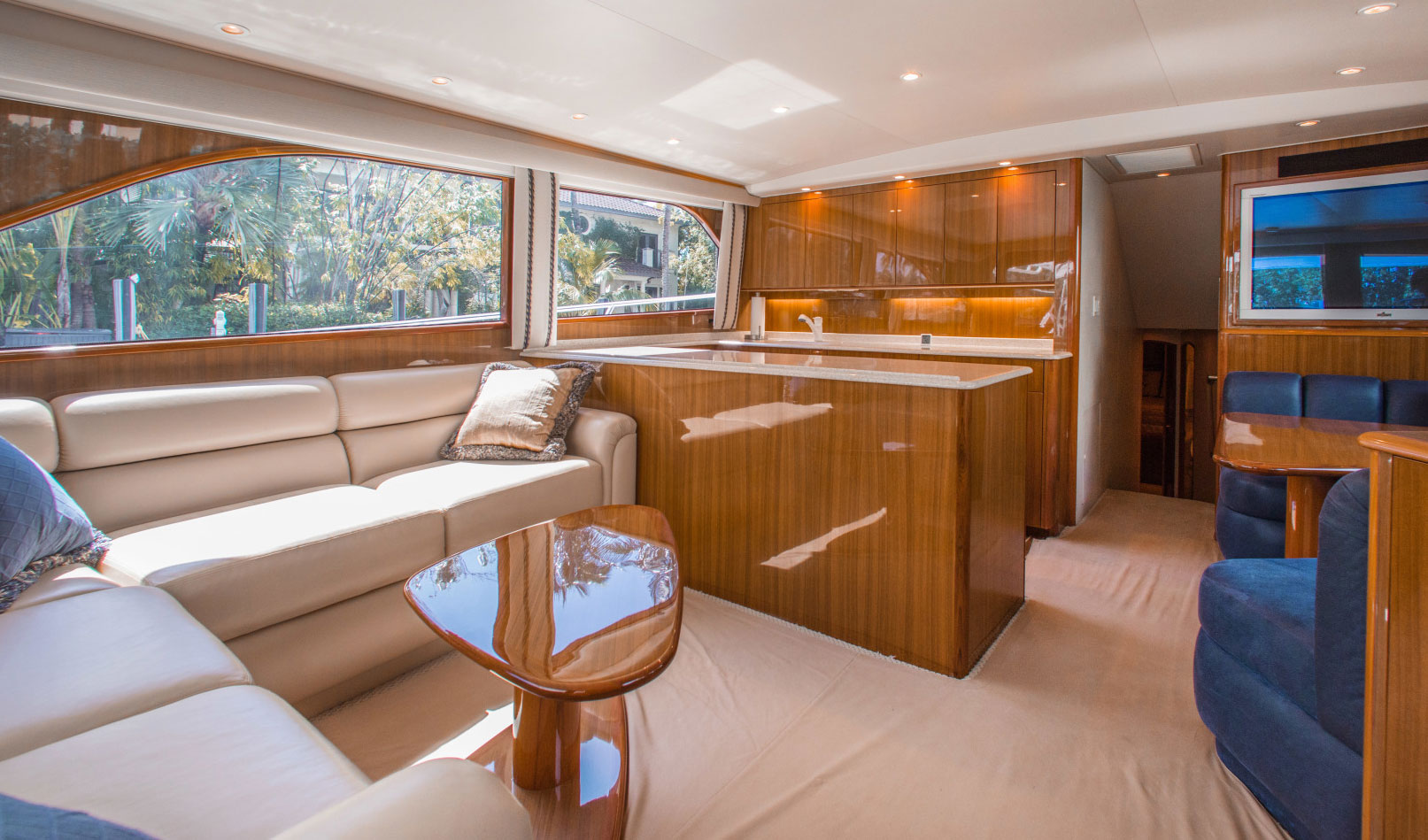 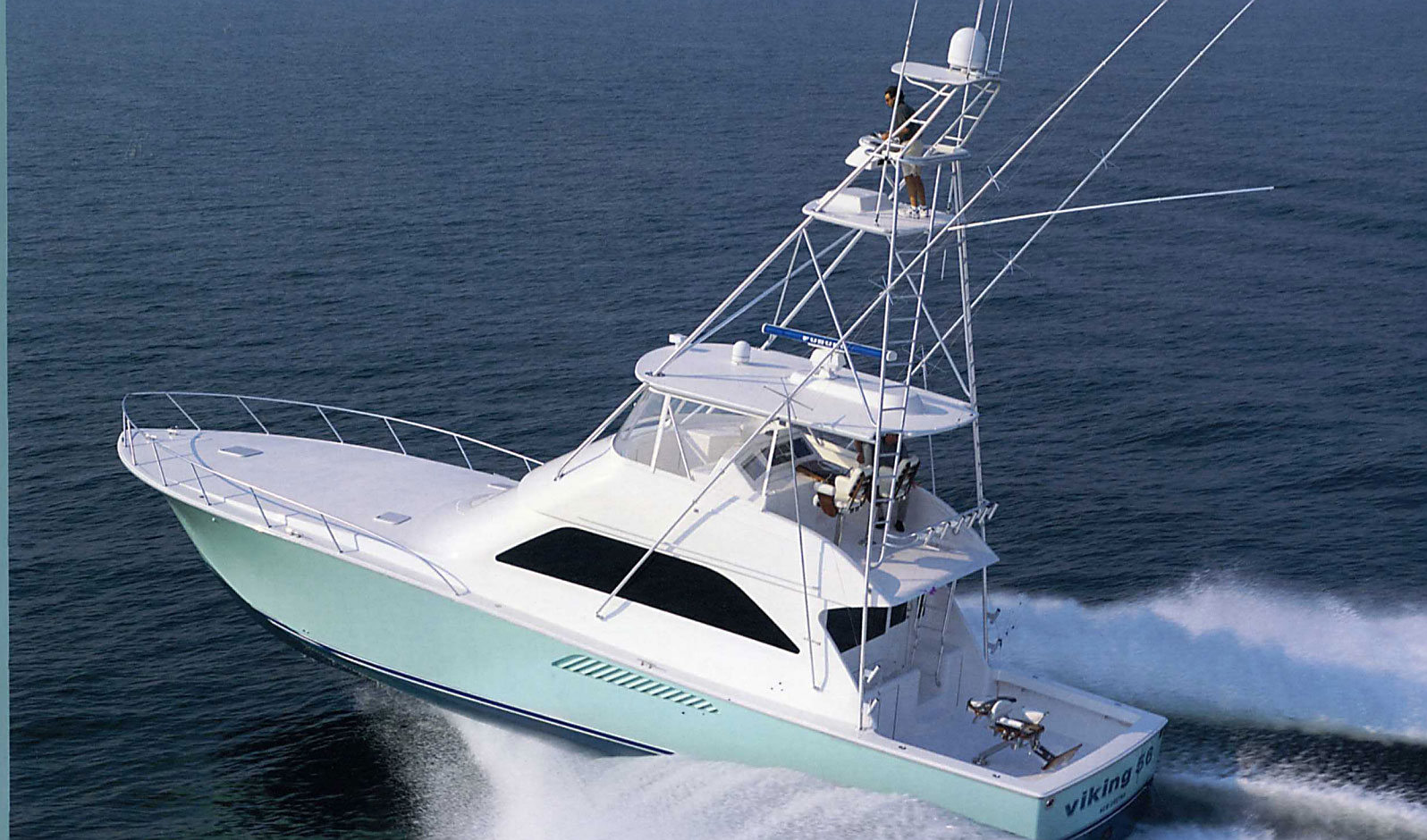 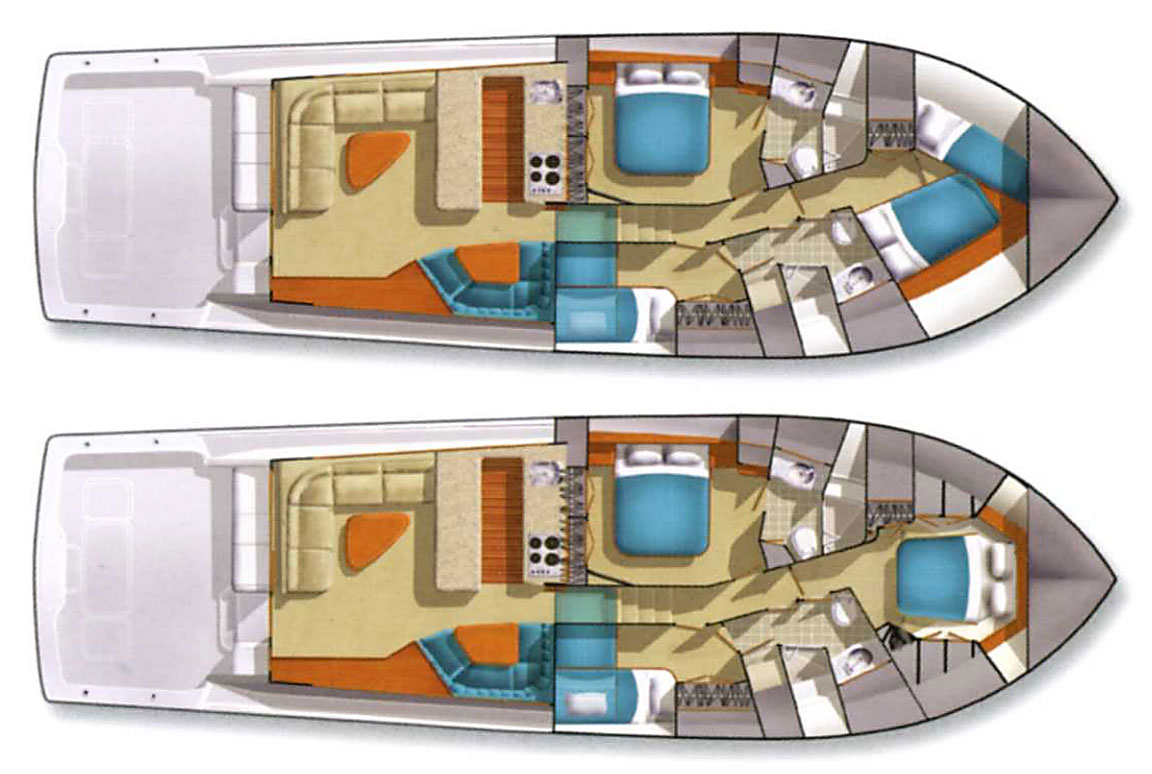 Following in the footsteps of the best-selling Viking 55 Convertible, the wider beam and higher speeds of the 56 Convertible continue to impress.

Successor to the iconic Viking 55 Convertible, the Viking 56 Convertible is longer and wider than her predecessor with a sharper entry, increased bow flare, and prop pockets to level the motors. Inside, the accommodations are every bit as luxurious as a European motor yacht. Entering through an electric door, an L-shaped Ultraleather sofa is to port and a teak entertainment cabinet is to starboard. The galley is forward to port, opposite the dinette—the same open-plan layout found in all late-model Viking convertibles. There are three staterooms and two full heads below including an amidships master to port with a walkaround king bed and copious storage areas. The forward VIP cabin was available in two configurations: a island queen berth or an offset double with single bunk to port. The guest stateroom to starboard has two single berths. The 157 square foot cockpit features a large fishbox and two smaller lockers in the sole, one of which can be rigged as a livewell. The console along the aft cabin bulkhead holds a bait prep station, a freezer and five tackle drawers. A factory mezzanine was optional. MAN 12V2000 1,550hp diesel cruise at 34–35 knots (40 knots top).

INTERIOR
The salon is finished with hand-crafted teak joinery and lush designer furnishings. A 42″ plasma TV is housed in the entertainment center to starboard.

COCKPIT
With 157 square-feet of space, the 56 Convertible has plenty of room for anglers and their gear. A factory mezzanine was optional.