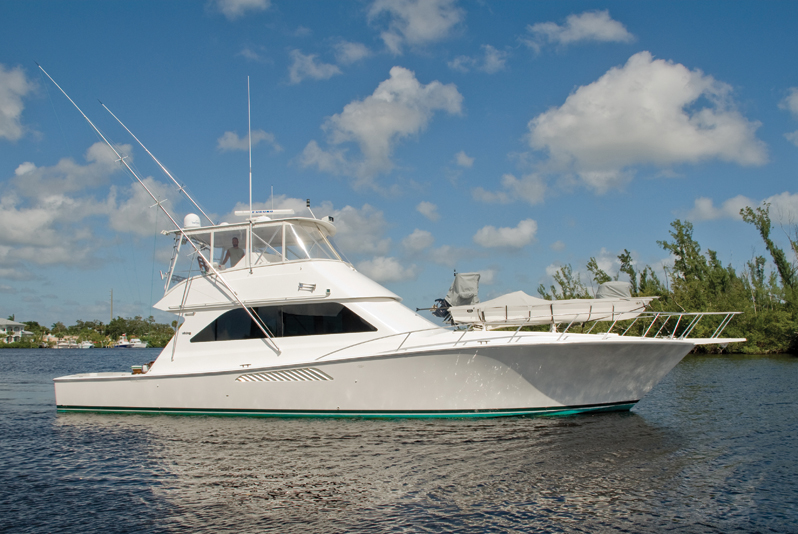 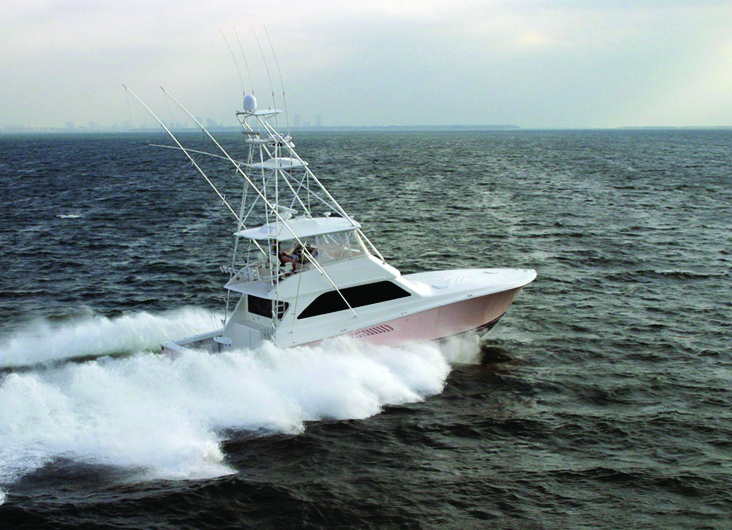 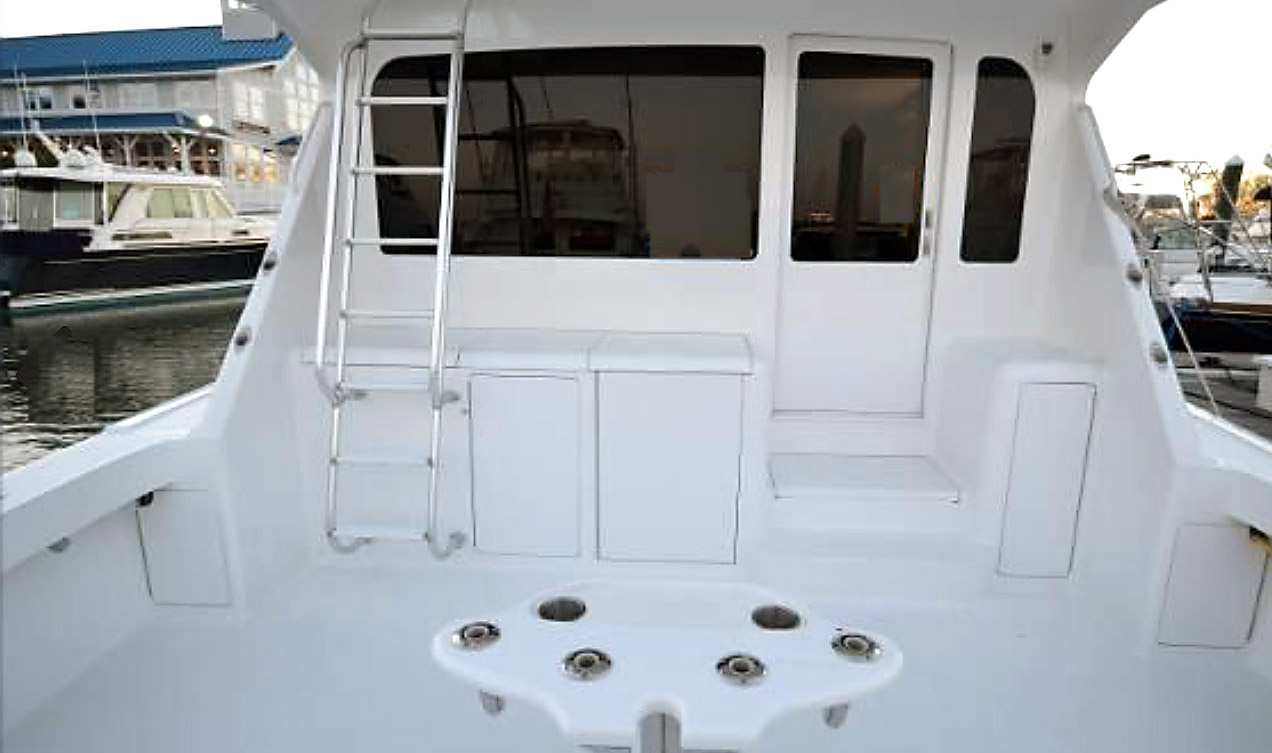 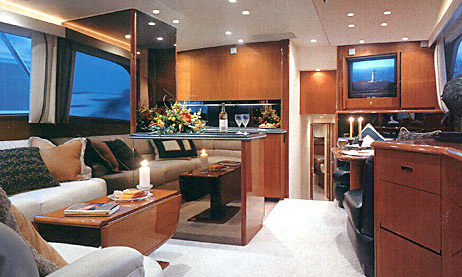 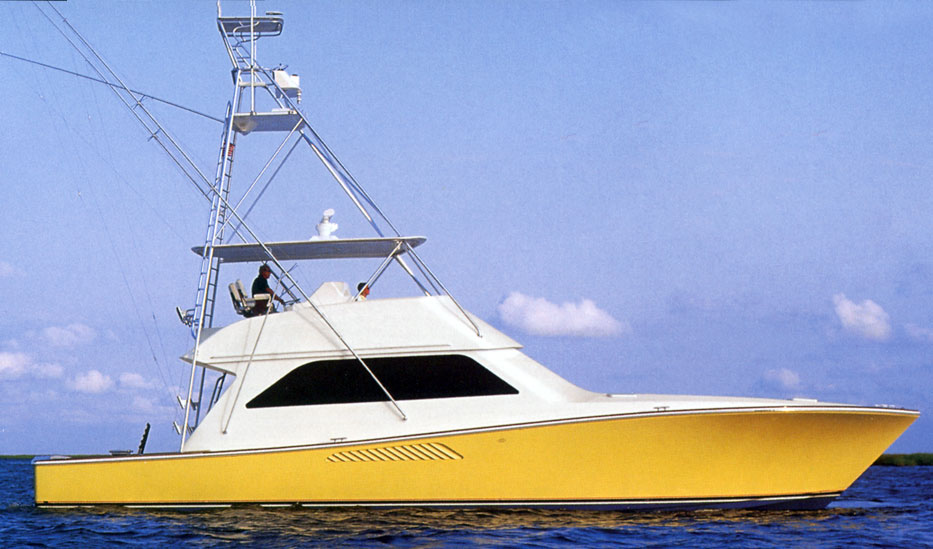 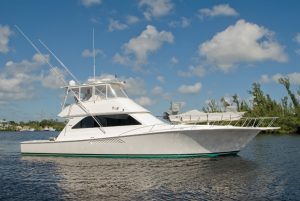 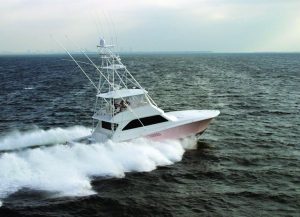 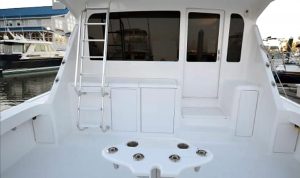 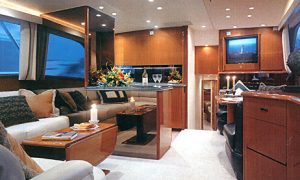 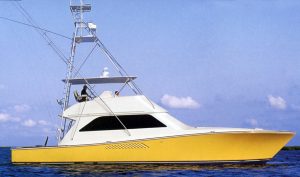 A legendary yacht, the first-generation Viking 55’s blend of powerful lines and excellent performance made her a sportfishing superstar.

One of Viking’s all-time best-selling models, the first-generation Viking 55 Convertible out-competed everything in her class following her introduction in 1998. A total of 111 were built over the next six years, the most ever produced in that size range until then. The ultimate tournament sportfishing boat of her day, the 55 is large enough to take on rough weather yet agile enough for a couple to handle. Inside, the salon’s designer furnishings, large windows and full 6’8″ headroom create a remarkably open ambiance. The layout features an L-shaped leather sofa and teak high/low table to port, a full entertainment center with flat screen TV opposite, and a U-shaped galley and booth dinette forward. There are three staterooms and two full heads below including an amidships master with walkaround queen to port and a VIP stateroom with queen berth—or crossover berths—forward. The third stateroom has over/under single berths. The Viking 55’s vast 153 square foot cockpit is equipped with a bait prep center, top-loading freezer, two large in-deck fish boxes, and (optional) teak covering boards. The flybridge features Viking’s signature wraparound helm console and single lever controls. An all-new Viking 55 Convertible was introduced in 2013. MAN 1,300hp diesels cruise at 32 knots and reach a top speed north of 35 knots.

INTERIOR
The spacious three-stateroom interior of the 55 Convertible begins with an opulent open plan salon with designer fabrics and handcrafted teak cabinetry.

COCKPIT
With 153 square feet of open deck space, landing a fish will become a matter of routine. A five-drawer tackle cabinet, top loading freezer and a fishbox are standard.