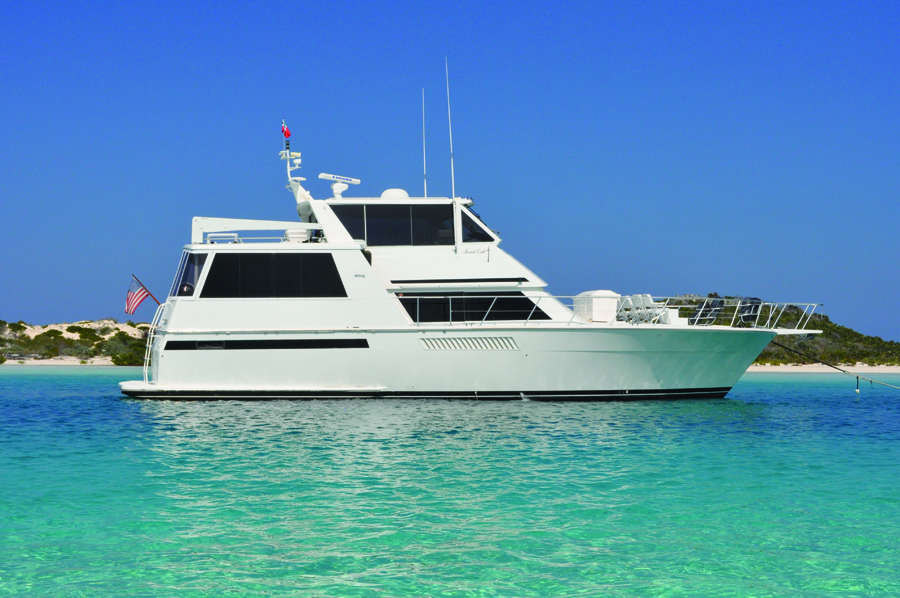 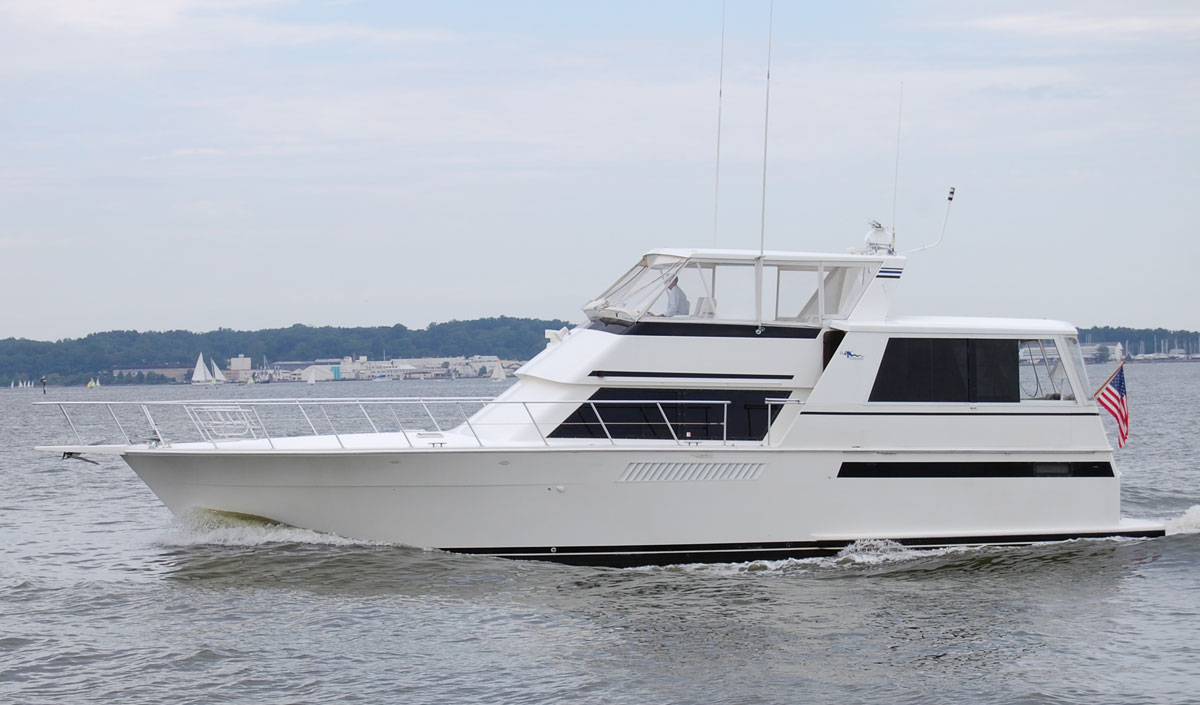 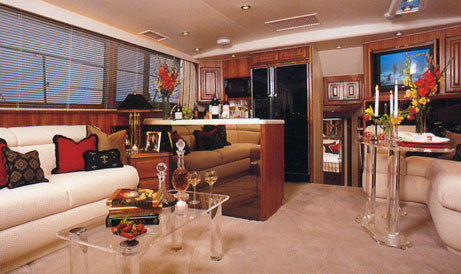 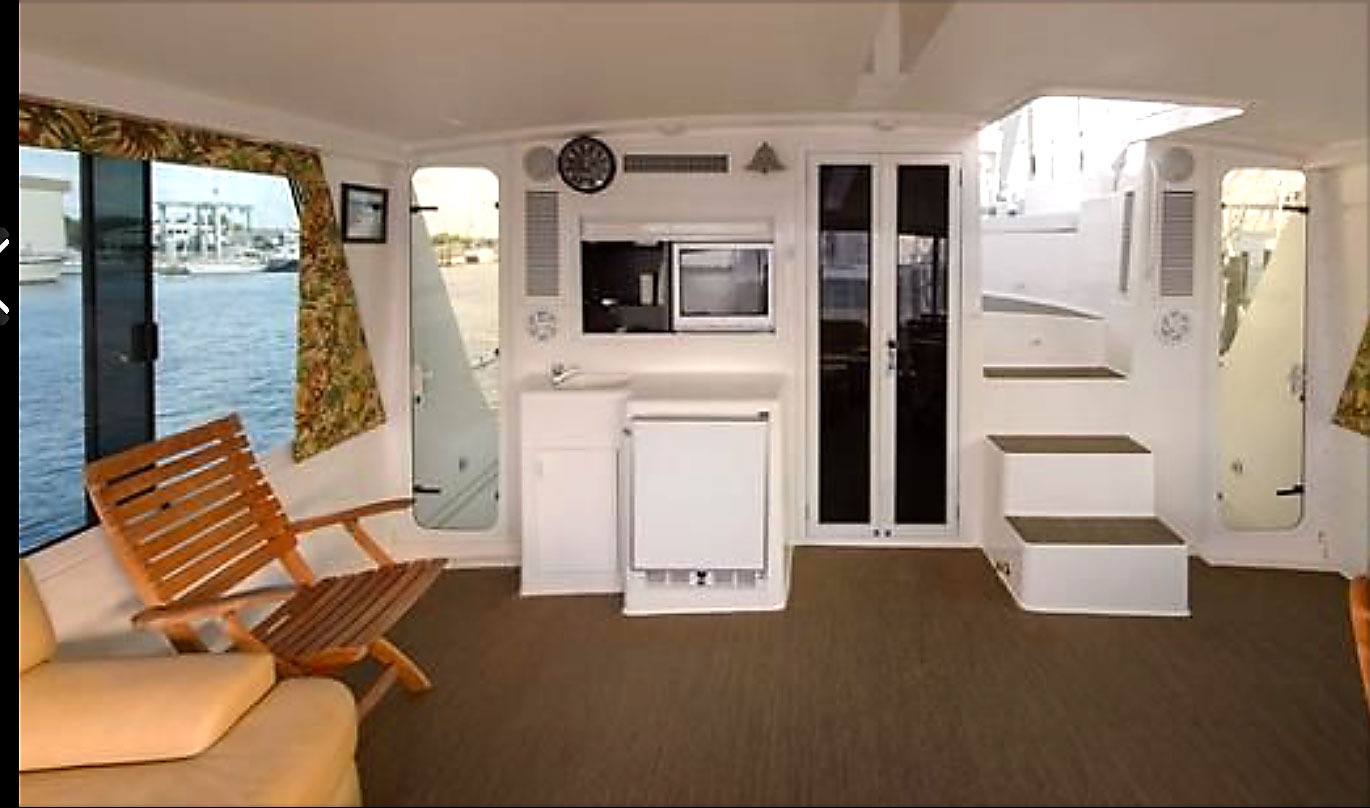 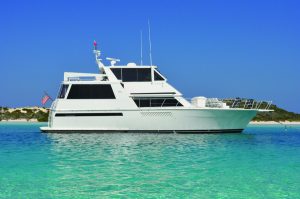 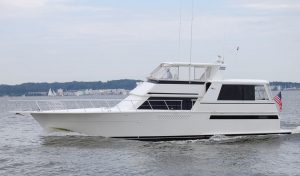 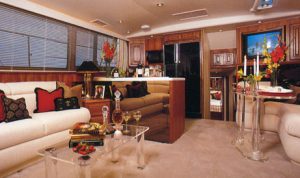 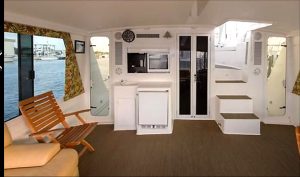 Timeless styling—together with an enclosed and climate-controlled aft deck—account for the lasting appeal of this popular cruising yacht.

Introduced at a time when Viking was still a presence is the U.S. motoryacht market, the Viking 54 Sport Yacht’s blend of modern styling and excellent performance were cutting-edge attributes in the late 1990s. Equally significant is the Sport Yacht’s fully enclosed aft deck, a feature that offers two indoor living areas—the lower salon where the galley and dinette are situated, and the climate-controlled aft deck with its built-in entertainment center, wet bar and port and starboard wing doors. Forward of the main salon are two guest staterooms and two heads, each with a stall shower. Aft in the salon, a stairway leads down to the Sport Yacht’s full beam master stateroom with a walkaround king bed, two bureaus, and a walk-in closet. A washer/dryer is positioned at the foot of the forward companionway steps. In 1998 models an enclosed flybridge became standard. The Sport Yacht’s good performance is due in part to the fact that she was built on a reworked version of Viking’s 53 Convertible hull, a proven offshore design. No lightweight, 820hp MAN diesels cruise at 24 knots (26–28 knots top), and optional 1,050 MAN engines cruise at 26 knots (about 30 knots top).

MAIN SALON
Taking advantage of the Sport Yacht’s wide 17’5″ beam, the well-appointed salon offers the comforts and amenities of most European motor yachts.

ENCLOSED AFT DECK
A virtual second salon, the air-conditioned aft deck is an all-weather entertainment platform with panoramic views of the water.