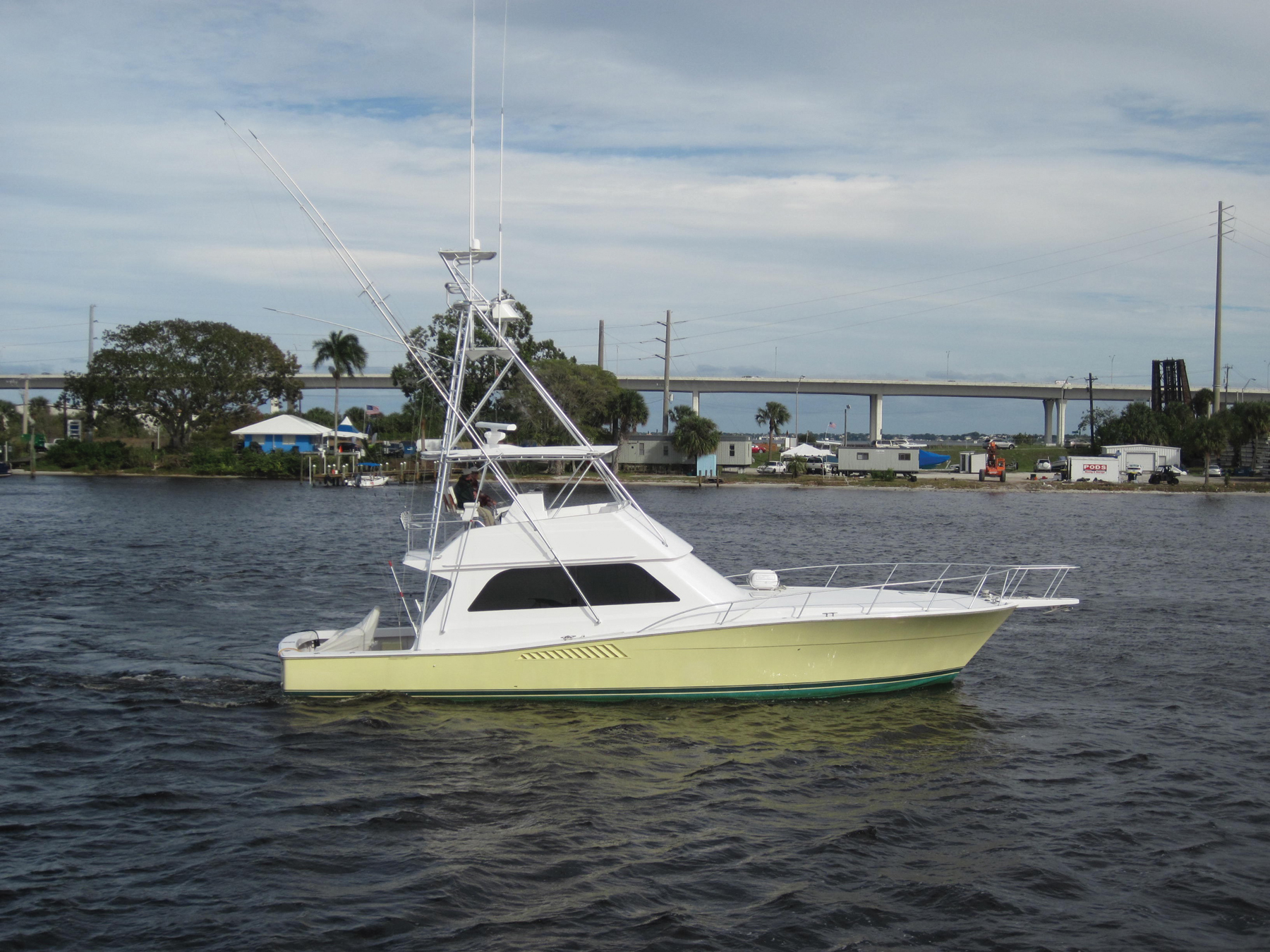 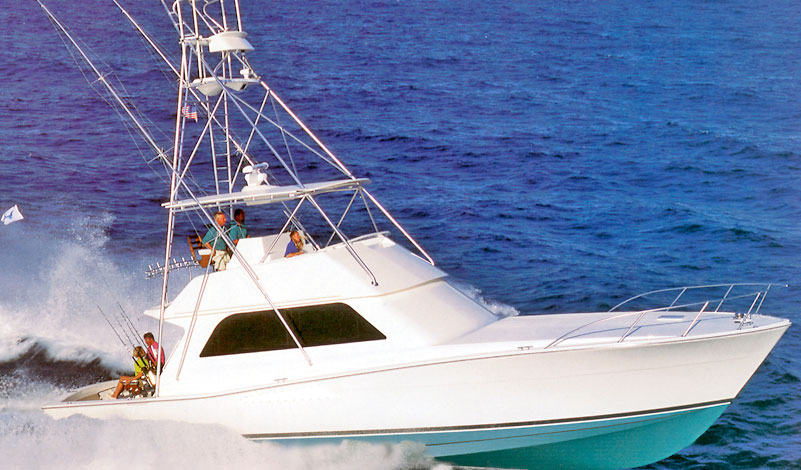 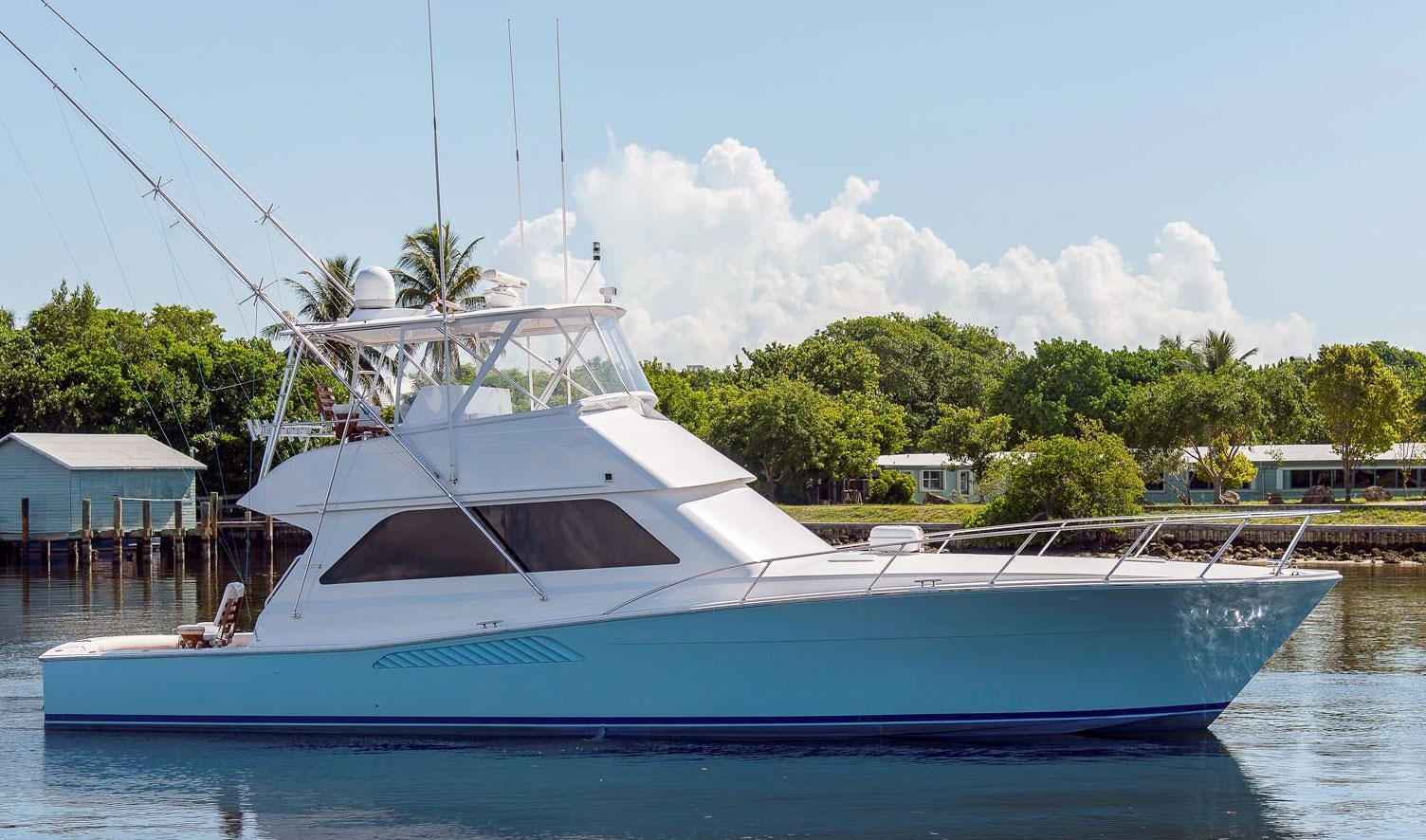 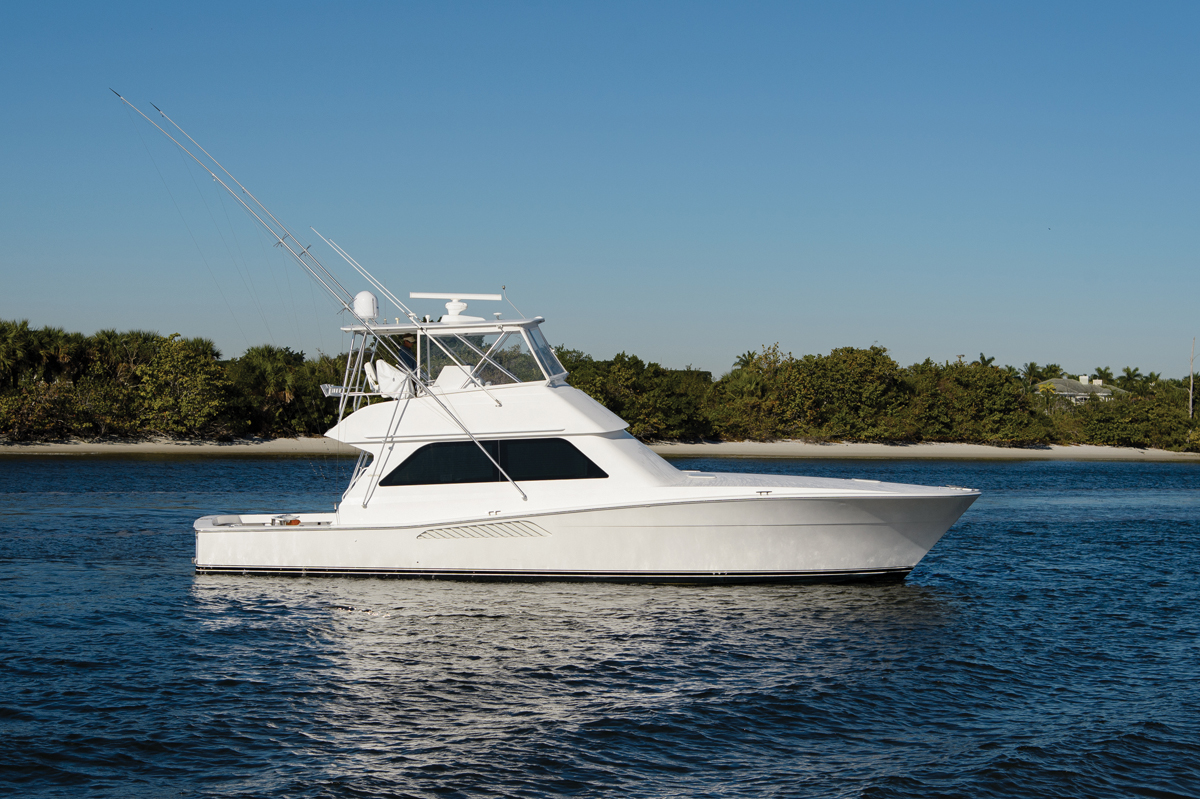 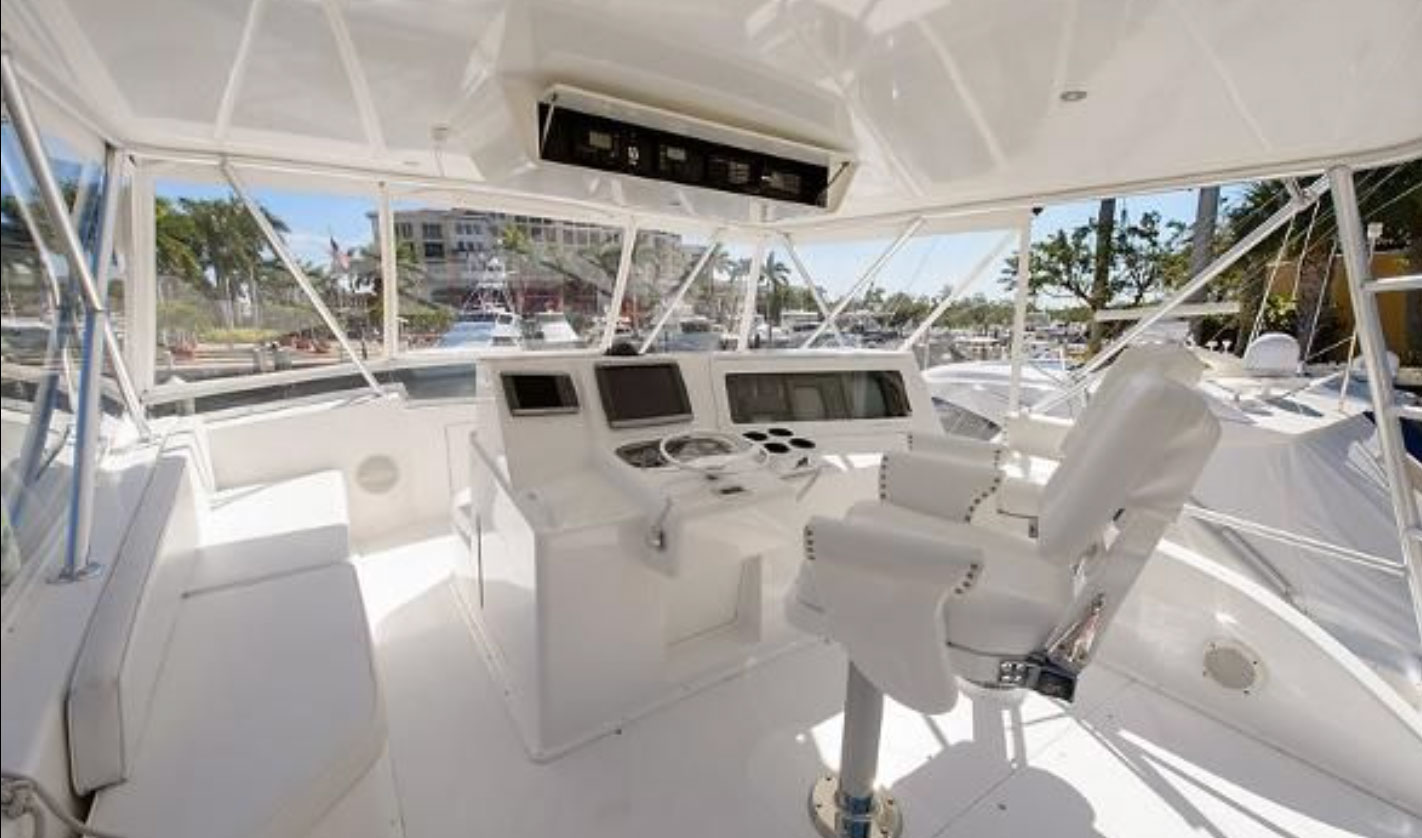 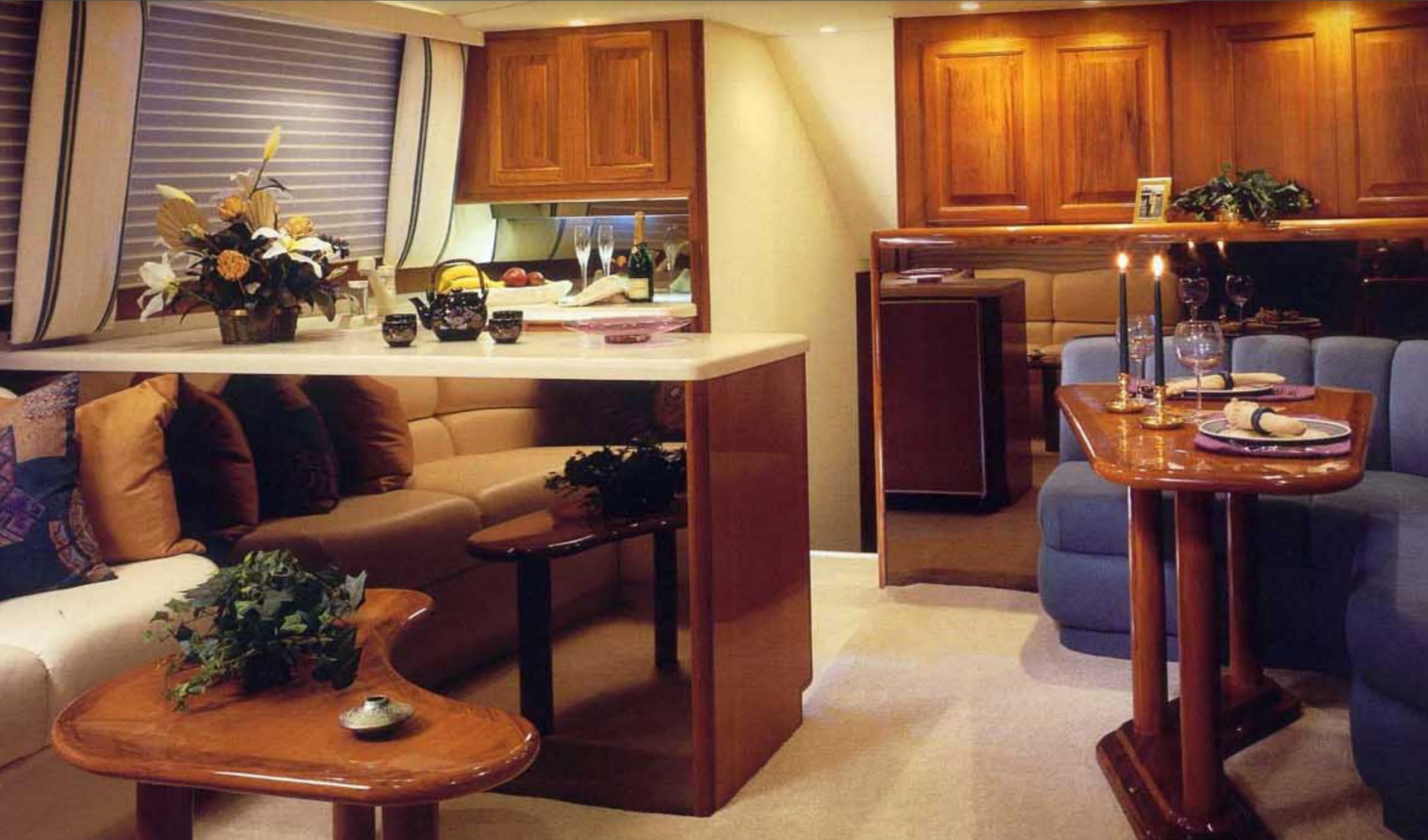 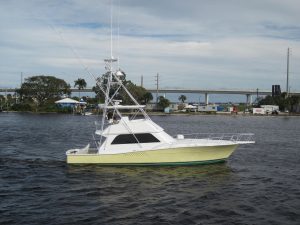 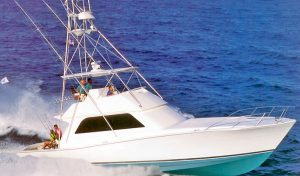 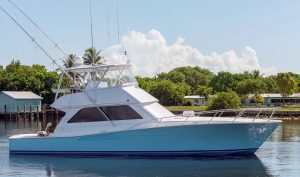 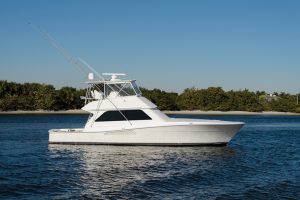 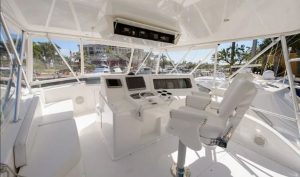 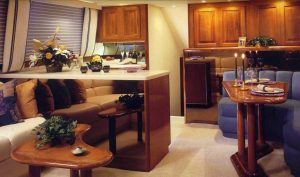 One of the most popular midsize convertibles ever launched, the first generation Viking 50 is still widely admired for its cat-like agility and comfortable ride.

The first-generation Viking 50 Convertible was one of the best-selling Viking models ever produced. A scaled-down version of the iconic Viking 53 Convertible (1990–98), over 120 Viking 50s were built during its decade-long production run. The standard three stateroom, two head interior mirrors that of her predecessor but with reduced salon and cabin dimensions. Available in a variety of custom decors, the single level salon, galley and dinette offer the perfect setting for entertaining. Below, the amidships master stateroom features a walkaround queen bed and both guest cabins upper and lower bunks. (A two stateroom, two head interior was optional.) A washer and dryer are concealed behind a companionway door. For the veteran angler, the 144 sq. ft. cockpit includes a top loading freezer, bait prep center, removable in deck fishbox and a circulating livewell. Updates in 1997 included newly styled (frameless) deckhouse windows and a newly designed extended flybridge. Standard power in 1991 was 760hp Detroit 8V92s (23 knots cruise/29 top), however those engines were replaced in 1992 with 820hp MANs (26 knots cruise/30 top). MAN 1,100hp engines available after 1995 cruise 32–33 knots (high 30s top) making the Viking 50 one of the fastest boats in her class.