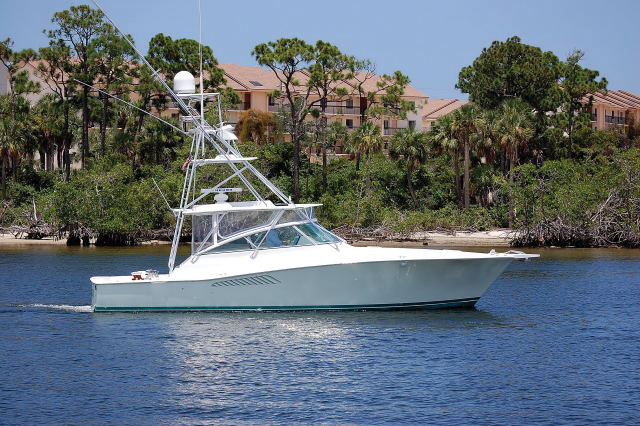 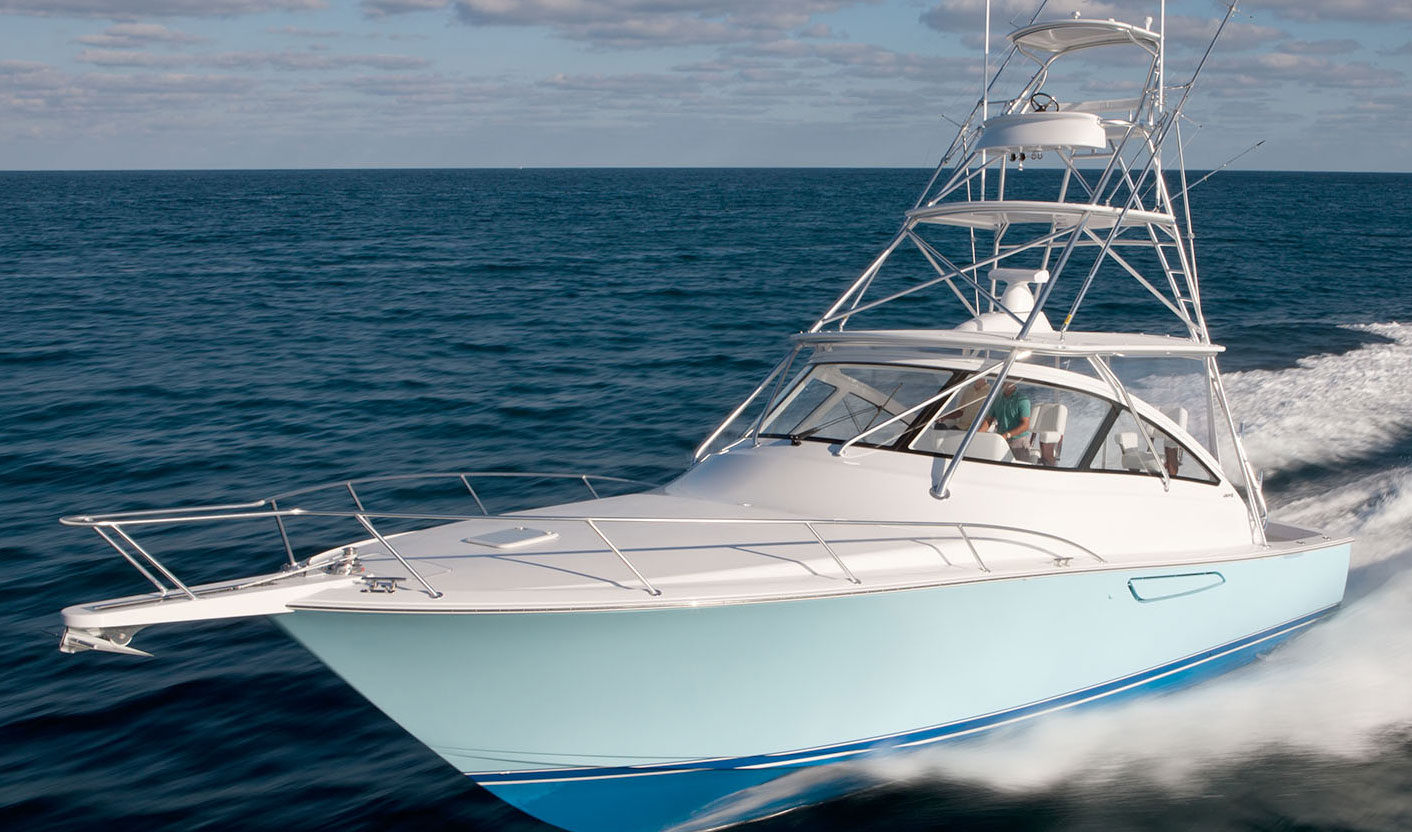 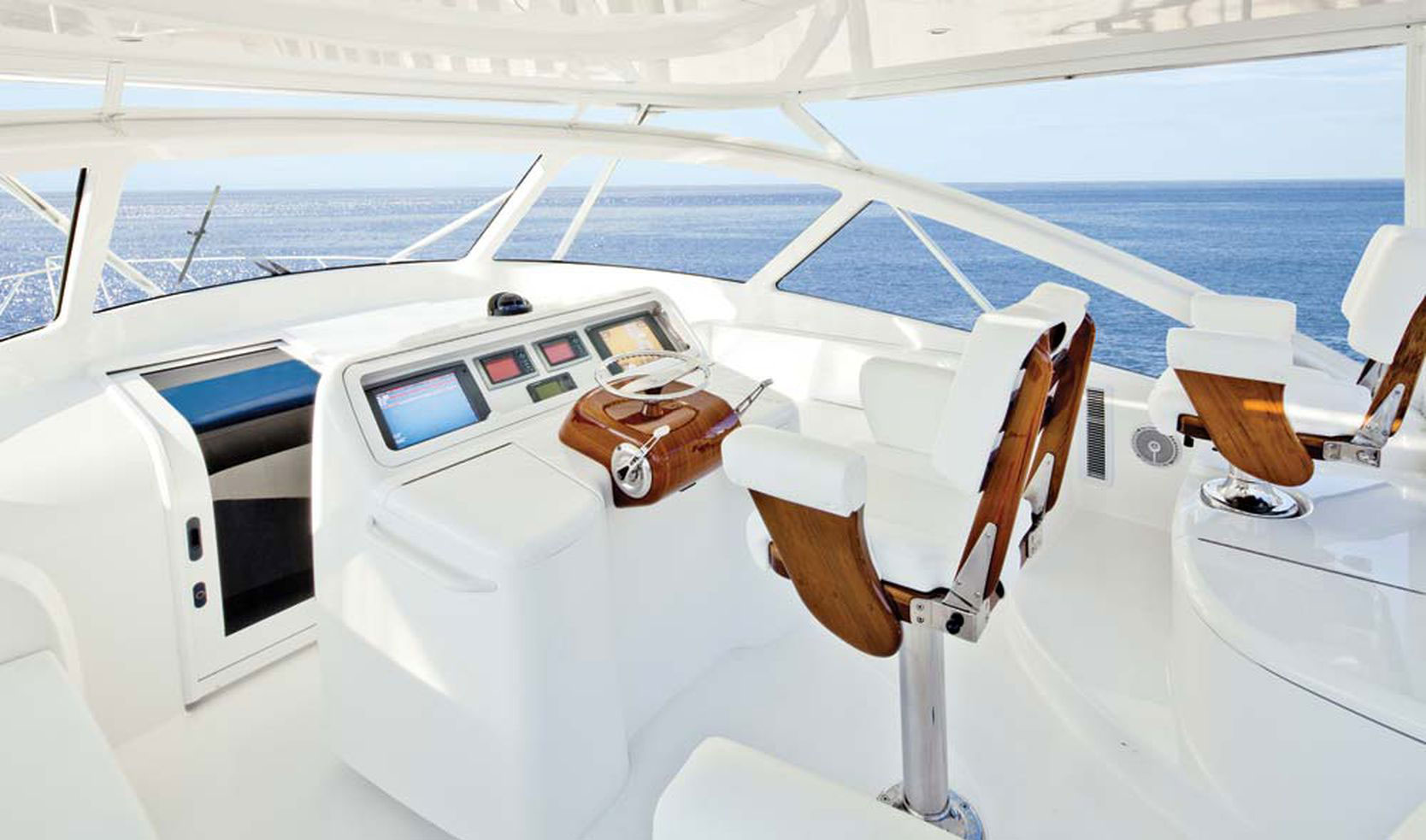 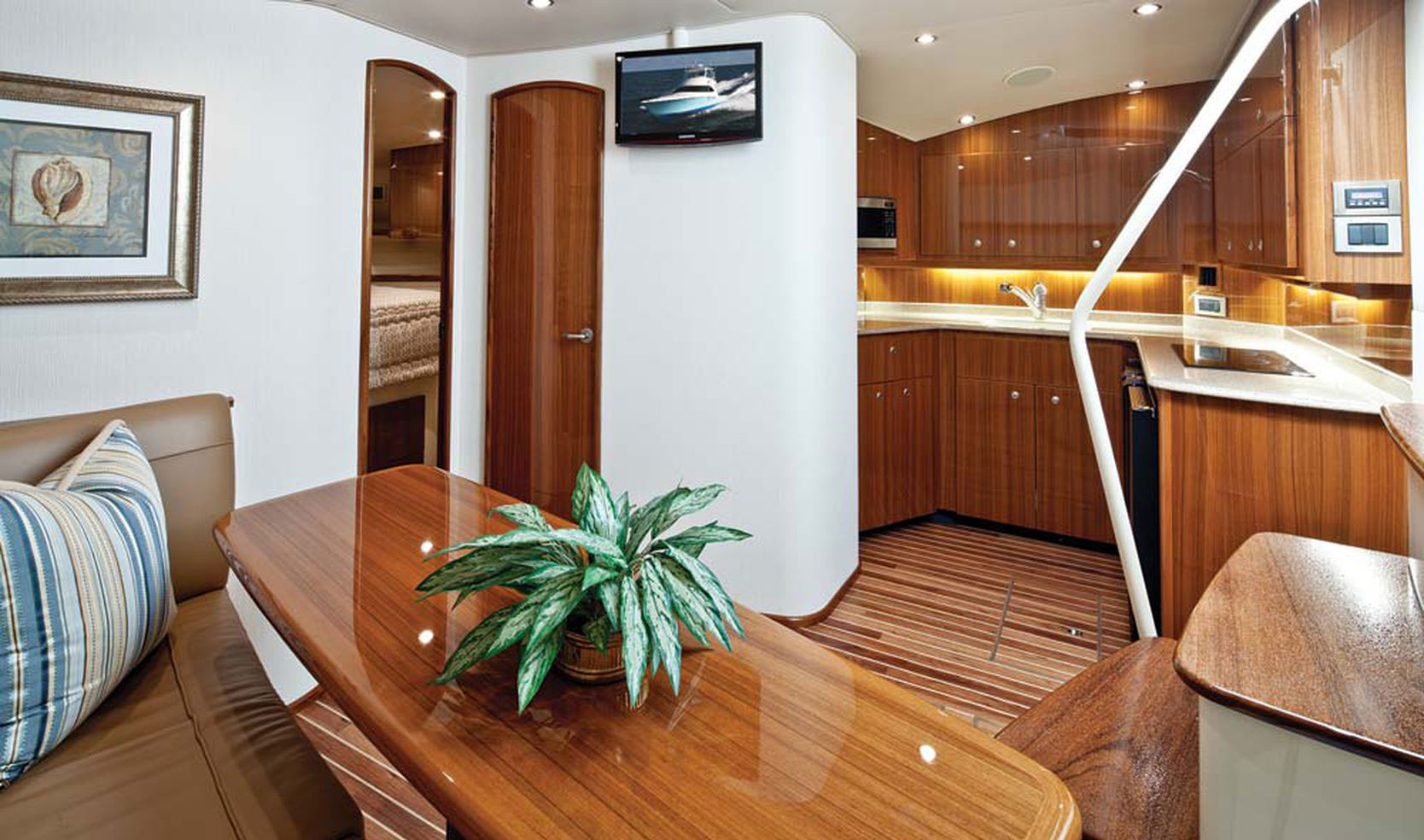 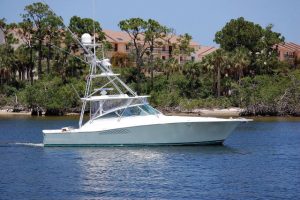 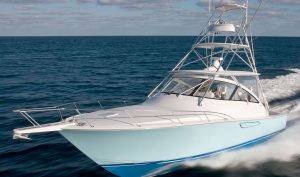 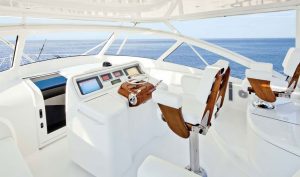 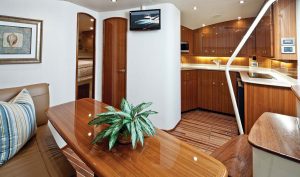 The dominant boat in her class for most of the 1990s, the 43 Open remains Viking’s most popular express sportfishing boat ever.

Big and muscular with serious eye appeal, the Viking 43 Open was the most popular express sportfishing boat in this class for most of the 1990s. Notably, the 43 was one of the first big express boats to feature a centerline helm just steps from the cockpit allowing the captain to double as a mate when fishing short-handed. Belowdeck, the standard single-stateroom floorplan has a spacious, wide-open salon with a big U-shaped settee to port and a full-service galley opposite — an efficient and popular day boat layout. An optional layout has the galley to port, forward of the lounge, and over/under guest bunks at the foot of the companionway steps. To the veteran angler, the 43’s large uncluttered cockpit is testimony to Viking’s long experience building tournament-winning sportfishing boats. Cockpit features include a top-loading freezer, tackle cabinet with bait prep center, removable fish box, baitwell and walk-in engine room access. Note that the 43 Open was also available as an express model with a hardtop and extended swim platform. Over 70 were built. Early models with 550hp 6V92 DDEC diesels cruise at 23–24 knots. Later models with 680hp MANs cruise at 26–27 knots, and 820hp 10-cylinder MANs cruise at close to 30 knots.

FEATURE
An alternate cabin layout for the 43 Open has the lounge and galley to port with over/under guest bunks at the companionway steps.

FEATURE
The centerline helm design offers superior visibility while also allowing for a more expansive salon by moving the companionway to starboard.