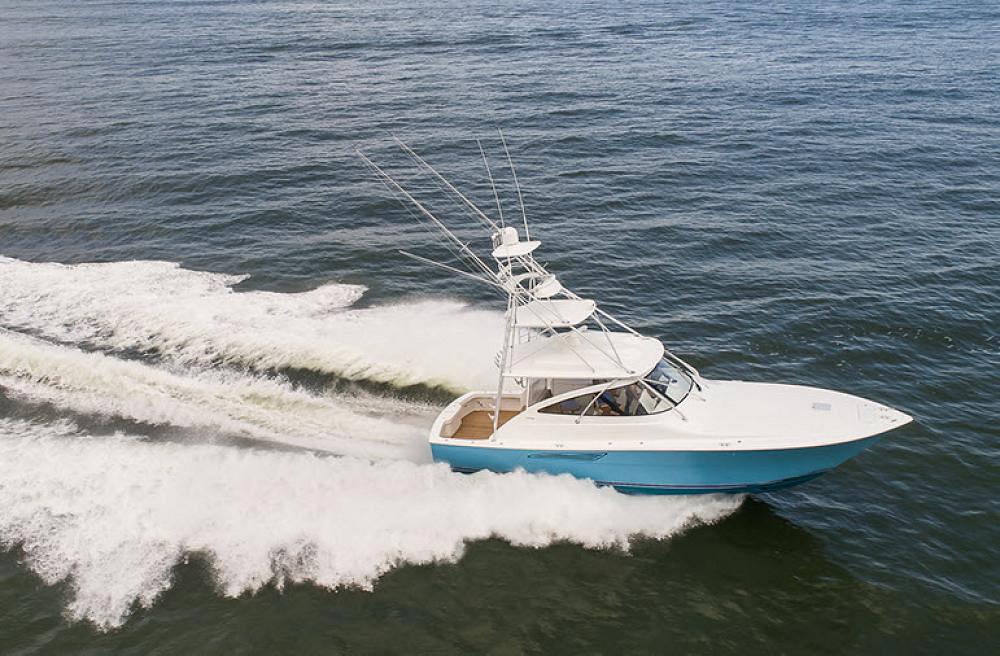 As the undisputed sales leader with Viking Yachts, HMY averages over 100 Viking Yacht sales each year, has more Viking Yachts experts on staff and also has the largest network of Viking customers compared to any other brokerage. It’s no wonder HMY has been America’s top Viking dealer for 26 years.

Viking Yachts’ half-century commitment to excellence is centered around a mantra implemented by brothers Bill and Bob Healey that dates back to 1964 when the phrase to “build a better boat every day” was the foundation of what would lead to the most successful privately owned family boat building business in the marine industry. More than fifty years later and with over 4,800 boats built, Viking renews its commitment each day and continues to pace the industry with the youngest fleet of blue-water tournament contenders found around the world. By introducing new models regularly, sometimes as many as four boats in a single year thanks to the company’s financial stability and a dedicated domestic and international dealer network, Viking’s relentless passion to break new ground is unchallenged except by Viking itself.

The Viking 44 Open features a 119 square foot tournament level cockpit and an easilly accessible command deck with three helm chairs and a L-shaped sofa with cocktail table. Below deck on the 44 you’ll find a two-stateroom one head layout with a plush seating/dining area and effcient galley. Joining the ranks of the popular Viking Open Series, the Viking 44 Open stacks up as a slightly smaller version of the very popular Viking 48 Open but more boat than the 42 Open. If you are in the market, this is the mid-size fishing boat you do not want to miss.