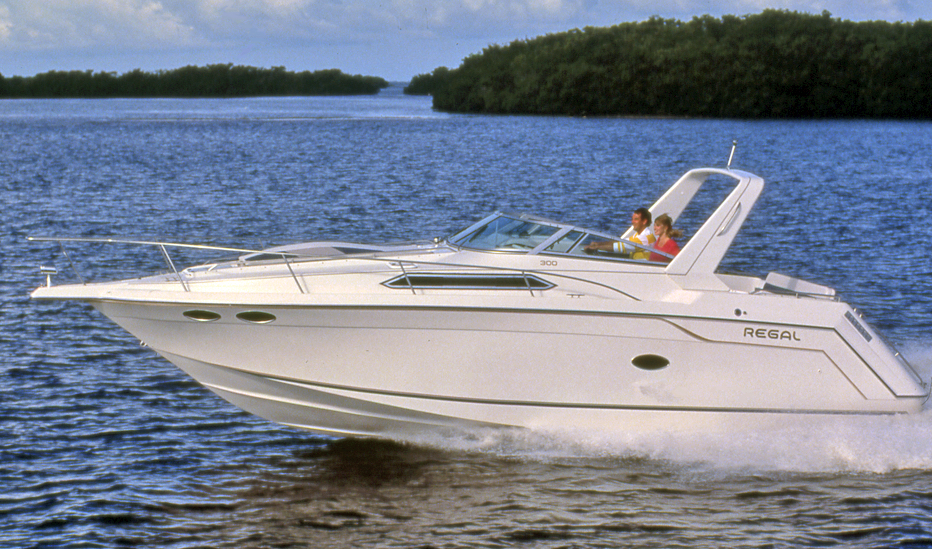 Name: 290-300 Commodore
Length: 29
Hull Type: Modified-V
Gross Weight: --
Fuel Capacity: 140 gals.
Model Years: 1990—1994
Draft: --
Beam: 10'0"
Water Capacity: 35 gals.
Waste Capacity: 21 gals.
Length w/ Pulpit: 32'5"
Regal nearly always gets it right with their express cruisers. They’re not the least expensive boats on the market but quality never comes cheap and Regal doesn’t cut a lot of corners. The Regal 290 Commodore (called the 300 Commodore in 1993–94) is a case in point; an updated version of Regal’s very popular 277/280 Commodore built from 1982 to 1989, the 290/300 is virtually the same boat as her predecessor but with a new integral swim platform replacing the bolt-on platform of the 277/280 models. The result is a more stylish boat with leaner lines and considerably enhanced eye appeal. Below decks, her well-appointed interior is similar to most express cruisers her size with double berths fore and aft, convertible dinette, full-service galley with microwave, and an enclosed head with shower. Note that in 1993, when she became the 300 Commodore, an offset double berth in the forward stateroom replaced the V-berth found in the 290 Commodore. Built on a solid fiberglass hull with moderate beam, several single and twin sterndrive power options were offered over the years. Among them, a pair of 300hp MerCruisers cruise at 25 knots (high 30s/low 40s top). 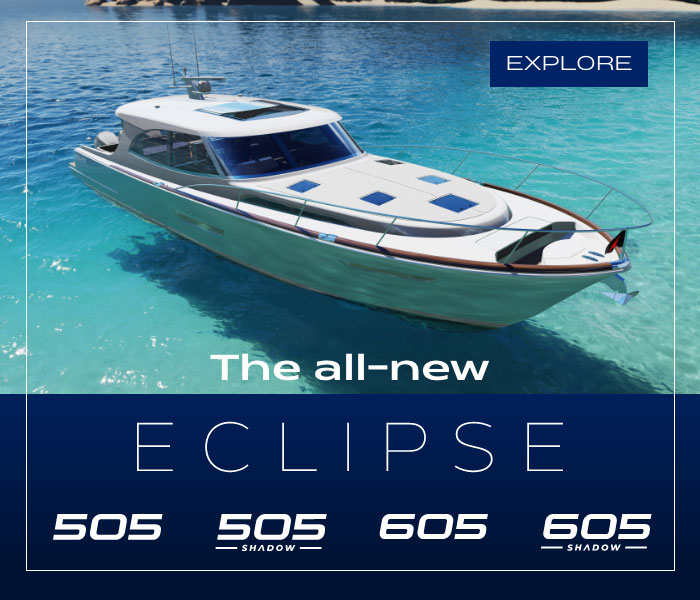