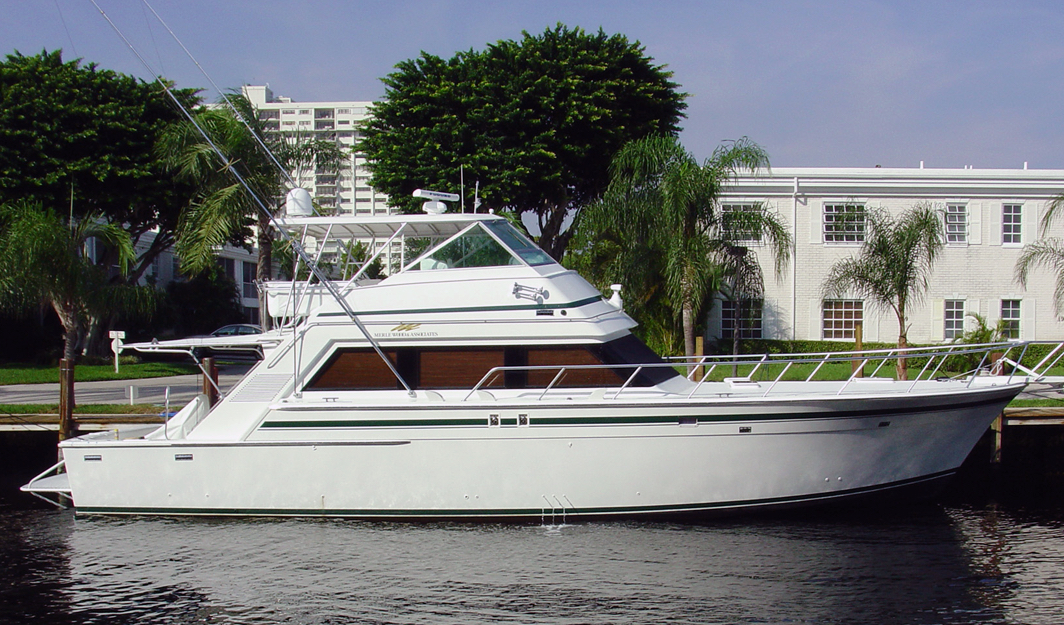 Name: 58 Convertible
Length: 58'3"
Hull Type: Modified-V
Gross Weight: --
Fuel Capacity: --
Model Years: 1977—1984
Draft: 5'6"
Beam: 17'11"
Water Capacity: 300 gals.
Waste Capacity: --
Length w/ Pulpit: --
Introduced in 1977, the Bertram 58 Convertible is a rare boat on the brokerage market these days because not many were built. A 58-foot production convertible was considered big in the late 1970s, and what made the Bertram 58 even more distinctive were her aluminum decks and superstructure—an attempt by Bertram engineers to lighten an already heavy boat. (The 58 is also notable for being the only Bertram convertible of her era not built on a deep-V hull.) The traditional teak interior of the 58 Convertible features a spacious open-plan salon with U-shaped galley and booth dinette forward. The salon is free on any built-ins which was unusual. Down three steps to port is the master stateroom with queen bed and private head with shower. To starboard is a guest stateroom with over/under bunks and access to the day head and shower. Forward is the third stateroom with upper/lower berths and private head and shower. The Bertram 58’s huge cockpit will accommodate two full-size fighting chairs. Topside, the flybridge has two helm stations—one forward and one aft to view the cockpit action. No lightweight, Detroit 675hp 12V71 diesels cruise at 16–18 knots.