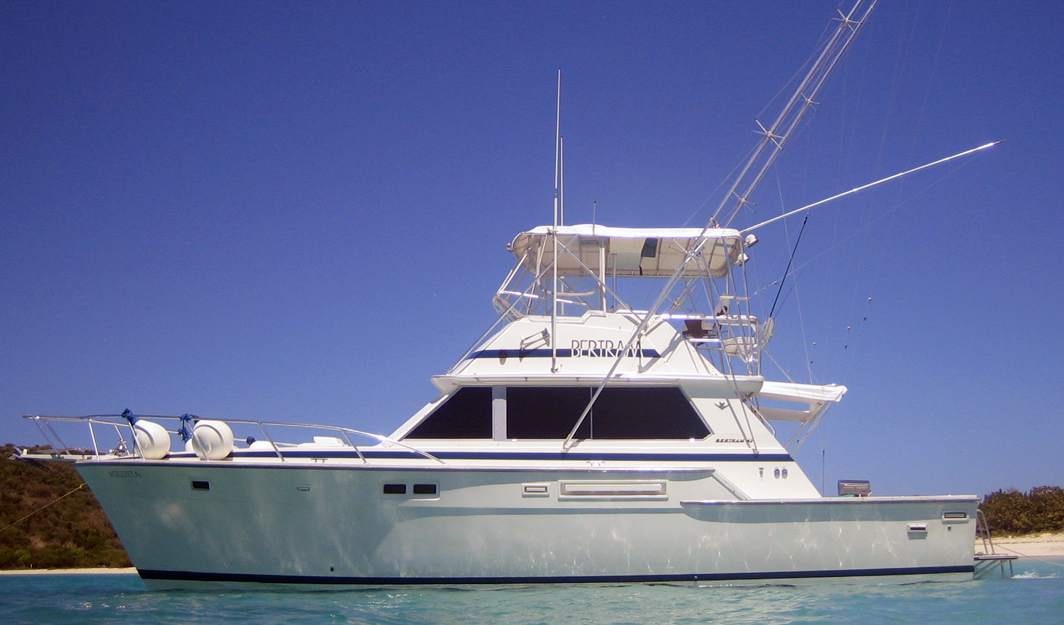 Name: 42 Convertible
Length: 42'6"
Hull Type: Deep-V
Gross Weight: --
Fuel Capacity: 488 gals.
Model Years: 1976—1987
Draft: 4'0"
Beam: 14'10"
Water Capacity: 150 gals.
Waste Capacity: --
Length w/ Pulpit: --
One of Bertram’s most successful boats, the 42 Convertible needs no introduction to tournament anglers on either coast. A total of 329 of these boats were built over the years and her exceptional seakeeping abilities, superb fishability, and quality construction earned for the Bertram 42 a reputation as a classic design. Heavily built on a solid fiberglass deep-V hull, the standard two-stateroom floorplan went through several evolutions during her production years. Among the many updates made to the Bertram 42, the most significant included replacing the twin sliding salon doors with a single door in 1981, replacing the original mica decor with teak in 1982, making a queen bed standard in the master stateroom in 1983, and restyling the flybridge in 1986. Unlike many of her modern counterparts, the front windows of the Bertram 42 were open rather than covered over with fiberglass. Cummins 420hp diesels (popular through 1979) and 435hp Detroit 6V92TAs (1980–84 models) cruise around 22–23 knots, and later models with 475hp Detroit 6V92TAs cruise at 24 knots. Used Bertram 42 Convertibles remained popular for many years after production ended in 1987.