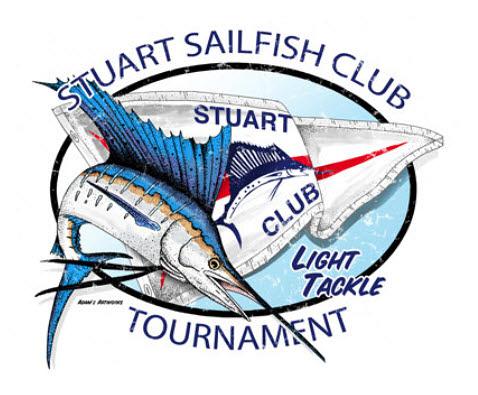 The Stuart Sailfish Club Foundation is a local non-profit, 501(c)3, with a mission of marine conservation & education. They focus their time and resources on activities supporting the local marine industry. Their largest event of the year is right around the corner, the 66th Annual Light Tackle Sailfish Tournament, and it will be held at Pirates Cove Resort & Marina, 4307 Bayview Dr, Stuart FL, beginning with final registration on Dec 11th, followed by the Captain’s meeting and the kickoff party.

This year, they are dedicating the tournament to a very worthy local organization, Operation 300. Operation 300 was formed after the devastating loss of the Vaughn’s son, Aaron, who was killed in action while serving as an Elite Navy Seal. The family chose to honor him by giving his kids, and other children who have suffered such enormous loss, the chance to spend a little time living like their son, full of fun, happiness and joy, even if just for a weekend at the time. Operation 300 provides camps and other events for these children.

The tournament includes two divisions of competition, the LTT and the TCC which you are eligible to enter at no cost providing you fish all three legs, the Pirates Cove, LTT and the Pelican. Because the Stuart Sailfish Club is a not for profit 501(c)3, all registration fees and donations are tax deductible.