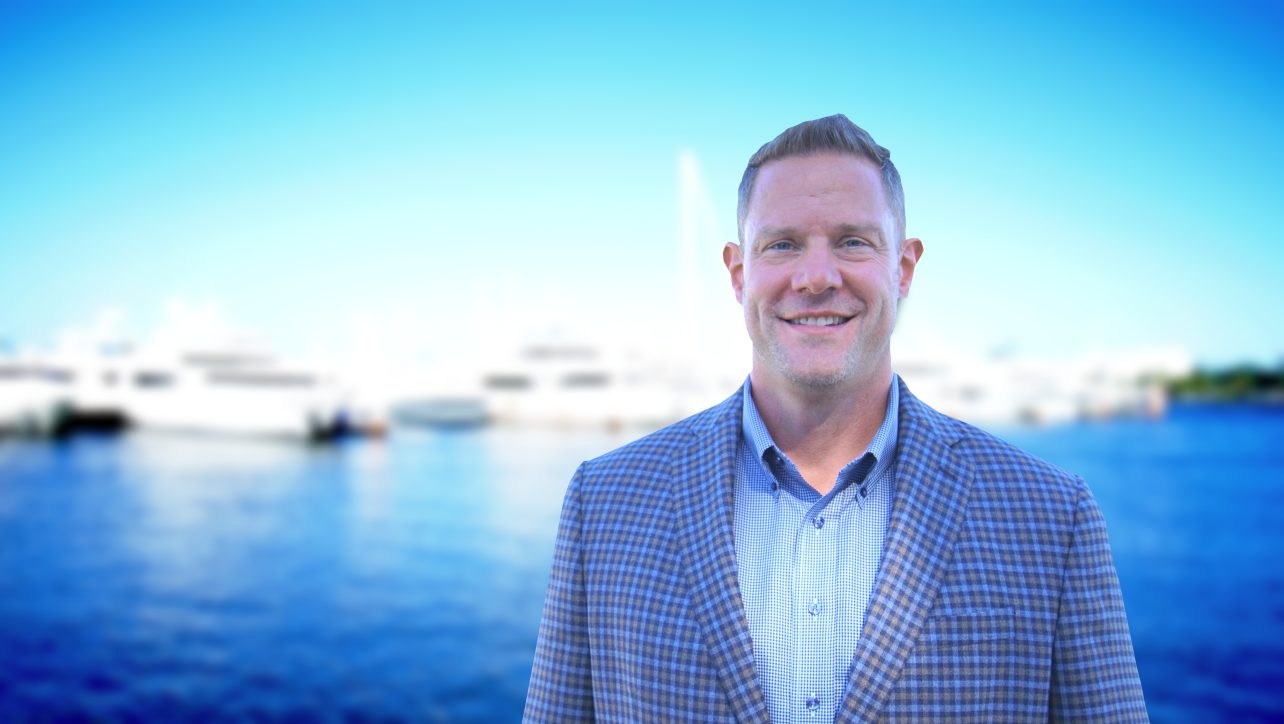 Raised in Michigan, Brad spent summers boating on Lake Michigan in Charlevoix, waterskiing, fishing, and swimming. That’s where his passion for water & boating was born.

As a young man Brad enlisted in the US Army. As an airborne Infantryman, he served with distinction in The 3rd U.S. Infantry “The Old Guard” at Arlington National Cemetery, Ft Myer Virginia. After spending time stateside and abroad he was honorably discharged and earned his undergraduate degree in business from Eastern Michigan University.

His sales career began with Pfizer in Ann Arbor, and continued with Medtronic Spine beginning in 2005. Over the past 15 years Brad worked in sales, in surgery with Spine Surgeons and Neurosurgeons while continuing as an avid boater and boat-owner.

Brad got his 100-ton Master Captain’s license, moved to South Florida, worked aboard a 78 meter Abeking & Rasmussen motor yacht in West Palm Beach, a 50-meter Delta motor yacht based in Ft Lauderdale, and Lived aboard a 43-meter Newcastle motor yacht in Dania Beach.

As an experienced sales professional, Brad is enthusiastic and brings value through hard-work, integrity and the desire to create long-lasting client friendships with HMY Yachts in Dania Beach. Here’s to the next 15 years!

Some of Brad's recent sales include: