A Timeline of Ships, Boats, and Yachts

Ships and boats are two of the oldest types of transportation and were first built thousands of years ago. Not only have ships and boats been used for transportation throughout history, they have been used for a number of other reasons including to transport cargo, fishing, as a type of defense from armed forces, sports, leisure, and relaxation. Today, ships, boats, and yachts are built using advanced technology and materials, differing greatly from those that have been used throughout history. 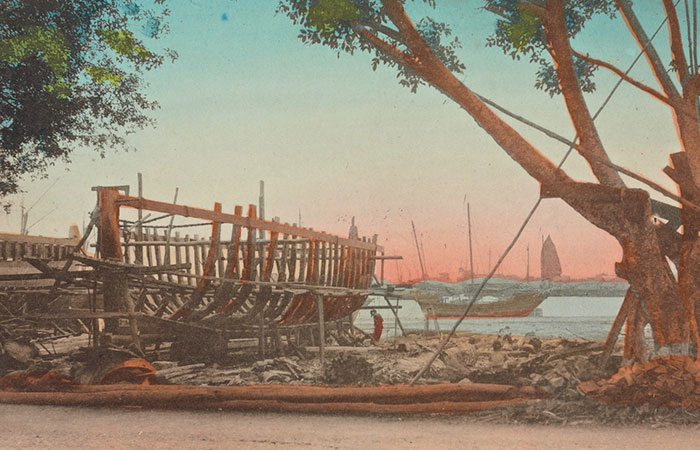 Timeline of Ships, Boats, and Yachts

4000 BC: The ancient Egyptians used reeds to build what are thought to be the first sailing boats in the world. The reed boats had sails and a mast and were used on the Nile River

2500 BC: Around this time, the ancient Egyptians began to build wooden boats that were able to withstand sailing across oceans.

1550 BC: Around this time until about 300 BC, the Phoenicians of the ancient Canaan civilization (the area that is now Syria and Lebanon), used something called a galley. The galley was a sailing vessel that was powered by man and was used to both fight and trade with neighbors.

1000 AD: The Vikings started to build longboats. These were larger ships that had sails and up to sixty men whose job it was to row the ship. The boats were large but were narrow and long, allowed them to travel along rivers as well as the open sea.

1100 AD: The Chinese began to use boats that they called junks. Junks were boats that featured a rudder for steering in addition to watertight compartments and battens located on the sails that served to make them much stronger. The Chinese junks were used as transport and fighting ships, and were in use long before western ships that included such features.

1450: Starting around 1450 and for several centuries, wooden ships with three or four masts were in use by several different countries. These masted sailing ships were used as trade vessels, by explorers, to transport cargo, and as battleships.

1660: Charles II of England chose to use a yacht to carry him to the Netherlands from England for his restoration. Previously, yachts had been used by the Dutch navy. After Charles II used a yacht, they became vessels that were known to transport important persons.

1800s: Clipper ships were built in the 1800s and were fast sailing ships, that featured tall masts, and slim, long hulls.

1818: The Black Ball Line was a shipping company that began offering passenger service from the United States to England.

1819: The first ships that were built using steam power began to cross the Atlantic Ocean. Steamships used a combination of wind and steam power to move.

1845: It was in the mid-1800s that the first ocean liners built from iron began to appear. The ocean going liners were also driven by a propeller instead of sails like many earlier ships.

1880: River boats that were driven by steam were called stern wheelers. Other similar boats featured paddle wheels on each side and were called paddle steamers. Paddle steamers were mainly used for transport on rivers.

1910: Ships that were previously powered by burning coal started to be converted to diesel power, and started to use oil as opposed to steam.

1955: Hovercraft boats were created by a man named Christopher Cockerell. The boats were designed to float on cushions of air and the engine was designed to blow air into these cushions providing both propulsion and lift.

1980: In the 1980s, container ships began to be more widely used to transport cargo. The ship was designed to carry the containers stacked on the deck. Modern cargo ships can normally hold up to one thousand containers at a time.

1990: The 1990s saw the rise of passenger cruise ships that were used to take people on holidays. Cruise ships featured shops, restaurants, and other types of recreation. 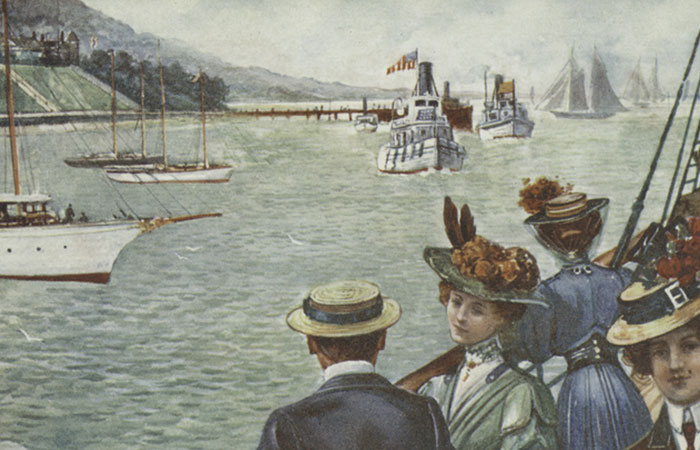