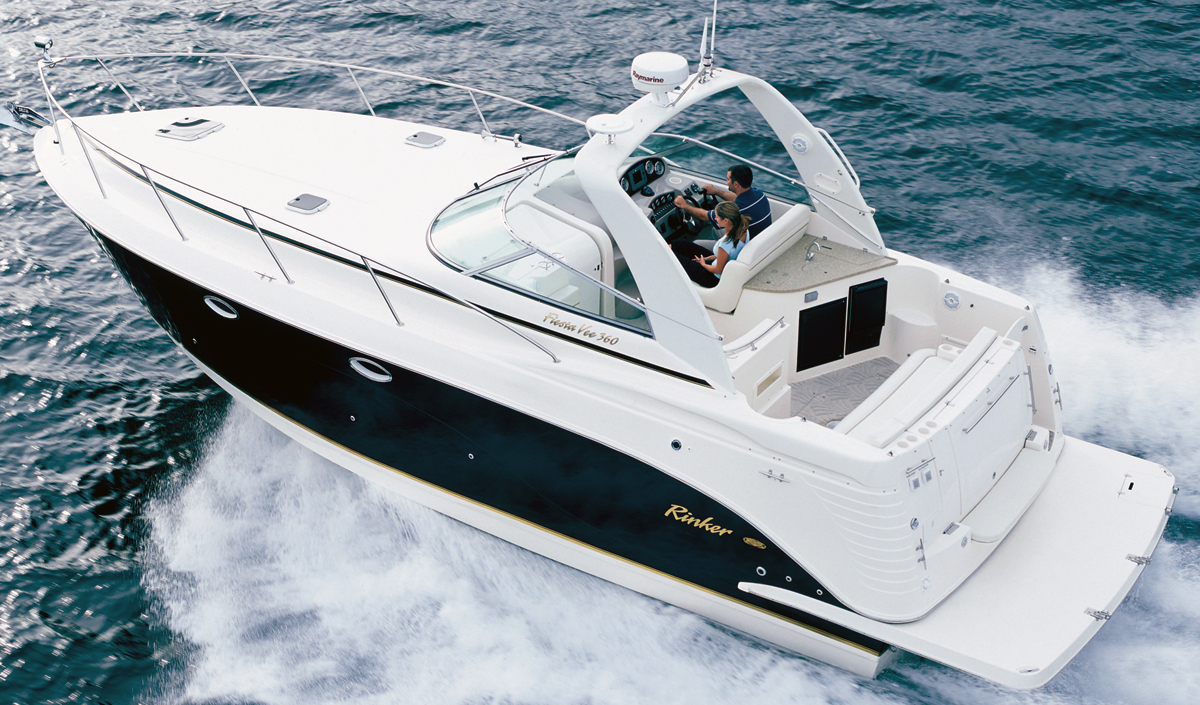 Name: 360-370-380 Express Cruiser
Length: 39'4"
Hull Type: Modified-V
Gross Weight: --
Fuel Capacity: 235 gals.
Model Years: 2005—2009
Draft: --
Beam: 12'3"
Water Capacity: 51 gals.
Waste Capacity: 45 gals.
Length w/ Pulpit: --
The Rinker 360 Fiesta Vee (called the 370 Express in 2007–08; 380 Express in 2009) was among the most affordable boats in her class following her introduction in 2005. With her crisp styling, brisk performance and comfortable accommodations, the 360 Express easily held her own against many of her more expensive competitors. Built on a solid fiberglass hull with a moderate 12'3"" beam, the interior of the Rinker 360 differs from the typical midcabin boat in that the forward stateroom is separated from the salon by a solid wood bulkhead door rather than just a curtain. The salon galley is large enough for serious meal-preparation activities, and the midcabin—partially obstructed by the companionway steps—is unusually spacious. The head compartment is also very large and includes a separate shower enclosure. On deck, the cockpit has a full wet bar with sink, icemaker, refrigerator, and built-in blender. The entire aft deck can be raised on hydraulic rams to reach the engines. A good performer, twin 375hp MerCruiser sterndrives deliver a top speed of just over 40 knots.