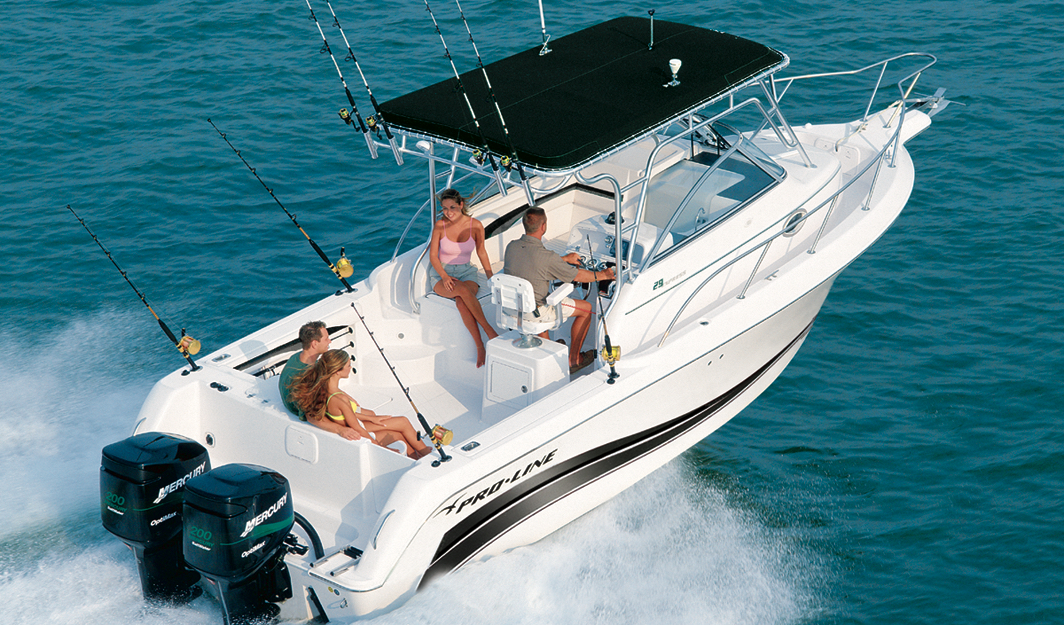 Name: 27 Express
Length: 27a
Hull Type: Modified-V
Gross Weight: --
Fuel Capacity: 200 gals.
Model Years: 2000—2003
Draft: --
Beam: 9'10"
Water Capacity: 30 gals.
Waste Capacity: --
Length w/ Pulpit: 29'1"
Innovation is an overused term in the marine industry, but few would deny that the term applied in describing the Pro-Line 27 Express. This is a what many refer to as a “crossover” boat—a combination fishboat and day cruiser that meets the needs of serious anglers who want a boat they can also use for occasional family cruising. Note that while Pro-Line calls this boat an express, her deep, recessed walkways are those of a traditional walkaround design. What sets the 27 Express apart from similar boats in her class is the location of the galley. Rather than putting it down in the cabin where space is limited, it’s outdoors on the extended bridge deck, just forward of the helm, where it’s convenient to everyone. A bench seat opposite the helm and a transom seat in the cockpit provide plenty of guest seating, and a V-berth and portable head are found in the compact cabin. Fishing features include a 35-gallon transom livewell, tackle drawers, two in-deck fish boxes and a transom door. Twin 200hp Mercury outboards reach a top speed of close to 40 knots.