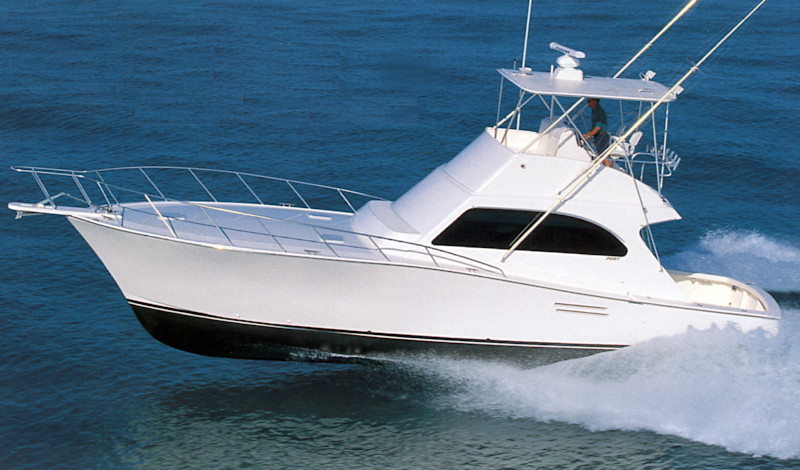 Name: 47 Sport Fisherman
Length: 46'9"
Hull Type: Modified-V
Gross Weight: --
Fuel Capacity: 635 gals.
Model Years: 1997—2009
Draft: 4'2"
Beam: 15'9"
Water Capacity: 120 gals.
Waste Capacity: 31 gals.
Length w/ Pulpit: --
The Post 47 is a further refinement of the popular Post 46, one of the most highly regarded sportfishing boats produced in recent years. Although her hull and running surface are identical to her predecessor, the flybridge of the 47 is wider and longer than the old 46, which allows for an expanded console and additional guest seating. Aside from a graceful and alluring profile, the luxurious two-stateroom, mid-galley floorplans offered in the 47 both come with separate stall showers in each head and space near the companionway for a washer/dryer installation. While the interior teak joinery is very good, the exterior is teak-free (unlike earlier Posts). The cockpit is huge, one of the largest in her class. The flybridge ladder is recessed between the cockpit tackle lockers to preserve space, and the engine room is reached from under the deckhouse step. Topside, the centerline helm provides console space full a full array of installed electronics. Built on a low-deadrise hull with a shallow keel. twin 625hp Detroit 6V92s cruise the Post 47 at 25 knots (29–30 knots top), and optional 680hp MANs cruise at 28 knots and reach a top speed in the neighborhood of 32 knots.