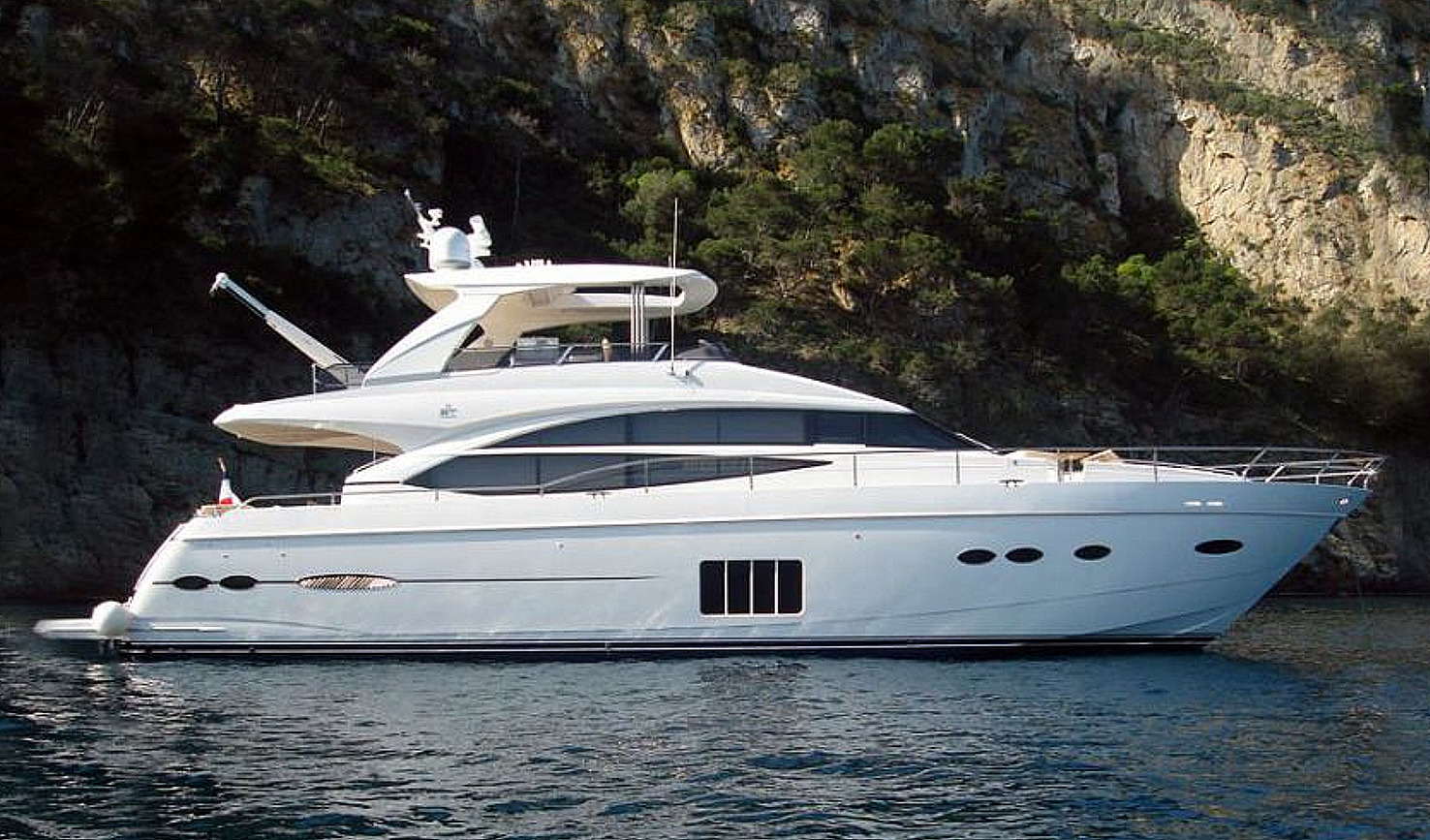 Name: 72 Motor Yacht
Length: 72'0"
Hull Type: Modified-V
Gross Weight: 107,000#
Fuel Capacity: 1,470 gals.
Model Years: 1989—1994
Draft: 4'10"
Beam: 17'5"
Water Capacity: 280 gals.
Waste Capacity: 120 gals.
Length w/ Pulpit: --
A bold, well-proportioned yacht whose sophisticated construction was considered state of the art in the late 1980s, the Viking 72 Motor Yacht combined performance and luxury in one of the largest production yachts of her era. She was built on a full-cored hull with moderate transom deadrise, and at just over 100,000 pounds, the 72 is a relatively weight-efficient yacht for her size. The original four-stateroom interior had two staterooms forward of the engine room and two aft, including a huge master suite with a Jacuzzi and separate his-and-hers heads. In mid-1993 Viking engineers completely rearranged the lower-level layout by moving the engine room aft (at the expense of the master stateroom dimensions) and placing all of the guest staterooms forward of the engine room. The deckhouse level was also redesigned in the new floorplan although the day head and enclosed pilothouse features were retained. While hardly notable by today’s high-speed motor yacht standards, the performance of the Viking 72 was exceptional by the standards of her day. She’ll cruise at 20 knots with standard 870hp 12V71 diesels, and optional 1,040hp 12V92s cruise in the low 20s.