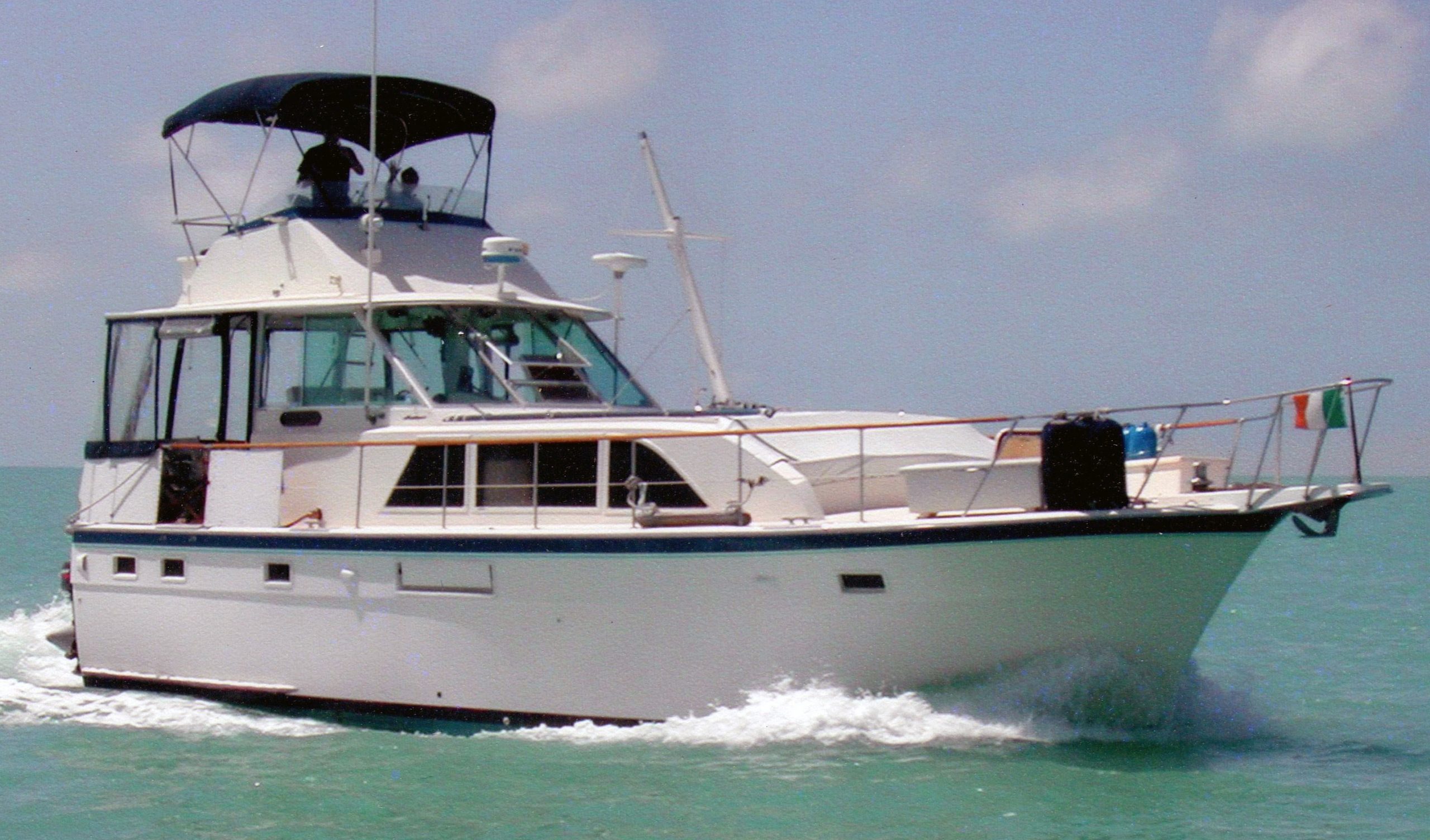 Name: 43 Double Cabin
Length: 43'1"
Hull Type: Modified-V
Gross Weight: --
Fuel Capacity: 375 gals.
Model Years: 1971—1984
Draft: 3'5"
Beam: 14'0"
Water Capacity: 130 gals.
Waste Capacity: --
Length w/ Pulpit: --
The Hatteras 43 is a traditional flush deck motor yacht whose quality construction, spacious accommodations, and comfortable ride made her one of the most popular motor yachts ever produced. Like most Hatteras designs of her era, the 43 was built on a solid fiberglass, single-chine hull with a long keel and nearly flat aftersections. Originally, the standard two-stateroom interior came with twin berths aft and the galley down—a layout that resulted in a very spacious salon. In 1979, the standard floorplan was much improved with the installation of a double berth aft and a salon dinette. (Note that a three-stateroom interior became available in 1981.) Topside, the lower helm is located on the afterdeck (as it is on all flush-deck yachts) where the driver can easily socialize with guests. On the downside, the flybridge is very small. Additional features include wide side decks, a well-arranged engine room, molded bow seating, and a swim platform. With 285hp GM 6-71N diesels (standard in later years), the Hatteras 43 will cruise around 14 knots and reach a top speed of about 16 knots. The turbo 390hp versions of these engines cruise at 16–17 knots (around 20 knots wide open).