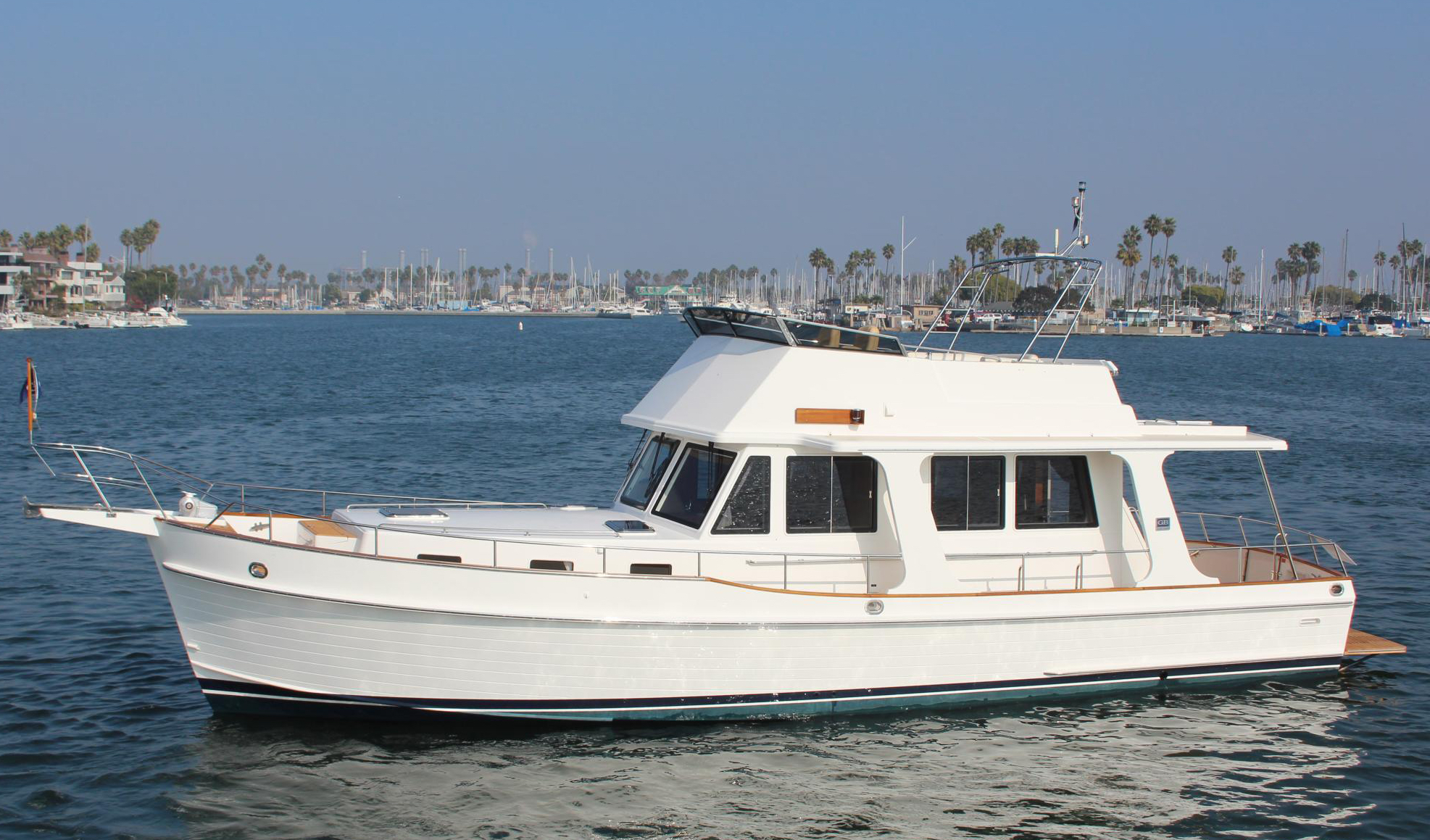 Name: 42 Europa
Length: 42
Hull Type: Semi-Disp.
Gross Weight: --
Fuel Capacity: 600 gals.
Model Years: —
Draft: 4'2"
Beam: 13'7"/14'1"
Water Capacity: 265 gals.
Waste Capacity: 50 gals.
Length w/ Pulpit: --
The Grand Banks 42 Europa has a history going back to 1970 when the original mahogany Europas were built for the European market. Only a few of the wood models were brought into this country, and it wasn’t until 1979 the Europa was seriously marketed in the U.S. In 1991, however, the Europa was retired from the Grand Banks fleet due to lagging sales. When she was reintroduced in 1996, the Europa was built on a new, slightly larger hull allowing for an enlarged forward stateroom and stairs to replace the former flybridge ladder. As with all Grand Banks yachts, the Europa’s interior is a blend of handcrafted teak joinery and premium hardware and fixtures. While the salon dimensions aren’t extravagant for a boat this size (thanks in part to the wide side decks), large cabin windows make the interior seem open and comfortable. Built on the same semi-displacement, hard-chined hull as the Grand Banks 42 Classic, the Europa’s flybridge extends over the aft deck and side decks. Note the teak decks and large cockpit lazarette. Among several engine choices, 210hp Cat diesels cruise at 10 knots, and twin 375hp Cats cruise at 14–15 knots.

Production discontinued in 1990, resumed in 1996 with new wide-beam hull.