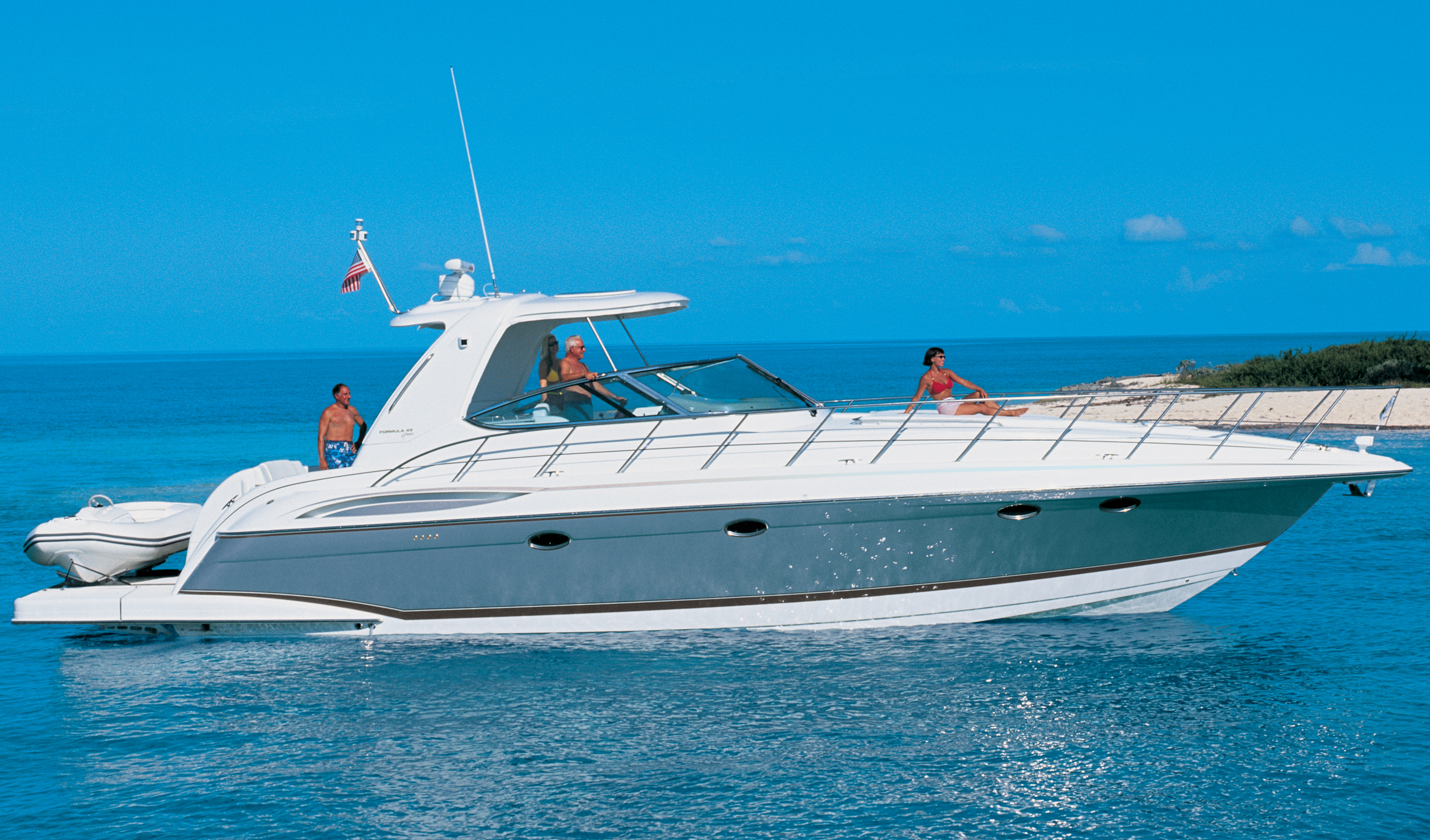 Name: 48 Yacht
Length: 51'0"
Hull Type: Modified-V
Gross Weight: --
Fuel Capacity: 400 gals.
Model Years: 2004—2007
Draft: 3'8"
Beam: 14'0"
Water Capacity: 100 gals.
Waste Capacity: 75 gals.
Length w/ Pulpit: --
For a company whose name has long been associated with performance, the Formula 48 Yacht (called the 47 Yacht in 2003–05) is much more concerned with luxury than speed. This is Formula’s largest and most expensive cruising yacht ever, and she retains the high level of quality that longtime boaters have come to expect in a Formula product. Built on a deep-V hull with prop pockets and moderate beam, the 48’s lavish accommodations are both elegant and spacious. Headroom exceeds 7 feet in the salon and varnished cherrywood joinery, Ultraleather upholstery, and designer fabrics dominate the interior. The huge L-shaped galley rivals that of a small motor yacht, and the aft stateroom—which can easily double as a den—has its own private head with shower. Across from the salon, a built-in LCD television automatically tilts for the best viewing angle. The expansive cockpit of the Formula 48 provides seating for ten, and the helm layout is as good as it gets in a big express. Unlike most sterndrive-powered European sport cruisers, the Formula is an inboard design that many boaters prefer for maintenance reasons. Twin 660hp Cummins diesels cruise in the mid 20s and reach 32–33 knots wide open.