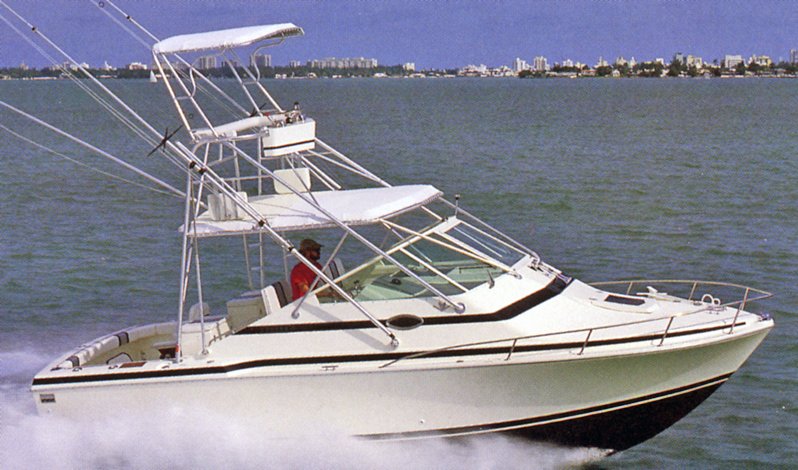 Classy 1980s express with wide 11-foot beam is spacious above, comfortable below.

Visibility through curved windshield is poor. Engine boxes eliminated in 1986 in favor of flush cockpit floor with more fishing space. Note that fiberglass fuel tanks are a problem with today’s ethanol-blend gas.