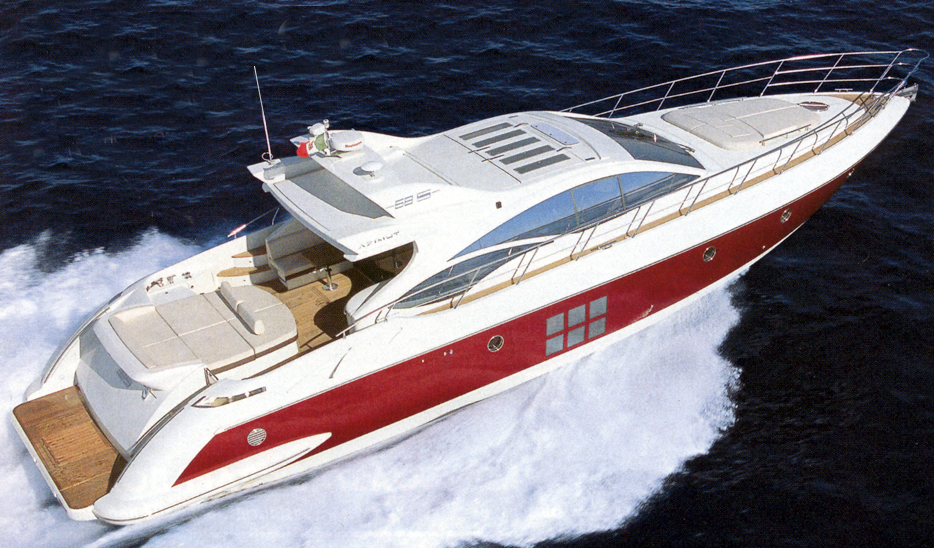 Name: 68S
Length: 68'0"
Hull Type: Modified-V
Gross Weight: --
Fuel Capacity: 845 gals.
Model Years: 2005—2011
Draft: 5'2"
Beam: 17'1"
Water Capacity: 251 gals.
Waste Capacity: 88 gals.
Length w/ Pulpit: --
Azimut pushed the styling envelope in a big way in 2005 with the introduction of the 68S. She was, as one writer called her, a “strikingly different 68-footer,” the company’s first new express in 20 years. Built on a modified-V hull with distinctive square-shaped portholes and tiered side windows, the main deck layout features a spacious, single-level salon with a deluxe entertainment center and an enormous sunroof above. There are three staterooms on the lower level including a full-beam amidships master with king bed and port lights on either side. Next forward to port is the guest cabin with twin berths and a full bathroom which doubles as a day head. The VIP is furthest forward with an island queen berth and private head and shower. There’s also a small crew cabin aft, next to the transom garage. Sliding glass doors open from the salon to the aft deck with its huge centerline sun pad, wet bar and grill. You can board from a hydraulic passerelle or from port and starboard boarding gates in the transom. The compact engine room is accessed through an aft deck hatch. Note the teak hydraulic lift/swim platform. MTU 1,360hp V-drive diesels cruise at a fast 30 knots (33–35 knots top).