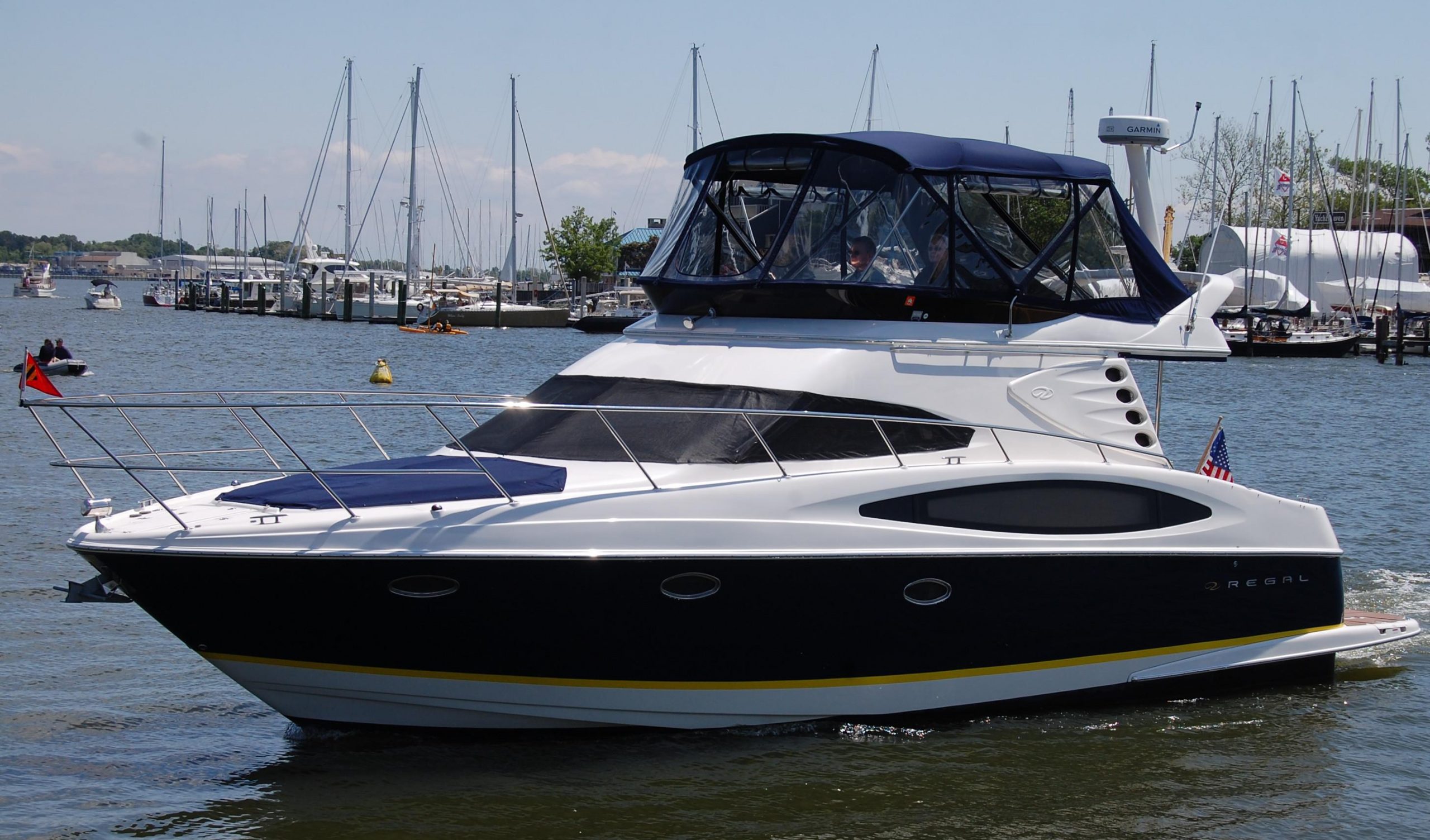 Name: 3780-3880 Commodore; 4080 Flybridge
Length: 38
Hull Type: Modified-V
Gross Weight: --
Fuel Capacity: 252 gals.
Model Years: 2001—2011
Draft: 3'3"
Beam: 13'0"
Water Capacity: 80 gals.
Waste Capacity: 40 gals.
Length w/ Pulpit: --
Regal’s only flybridge yacht, the 3780 Commodore (called the 3880 Commodore in 2001–06; 4080 Flybridge Sedan in 2007–11) was a notable departure from the company’s 30-year history of producing family runabouts and express cruisers. In the mid 1990s, the sporty styling of the Commodore would have been striking; today it’s pretty much the norm for mid-range flybridge yachts. The high side decks of the 3880 may not add much to her appearance, but they allow for a full-beam salon with the dimensions a much larger boat. The galley is down, opposite a small guest stateroom that extends under the salon. Hatches in the salon sole lift to reveal deep storage bins, and a bar counter divides the salon from the galley. Topside, the Commodore’s flybridge is big for a boat this size with seating for six and a double sun pad aft. Additional features include cockpit engine room access, foredeck sun pads, molded flybridge steps, and a foldout cockpit seat. Note the overhead cockpit storage in the flybridge overhang. Gas 420hp V-drive engines cruise at 20 knots; 370hp Cummins diesels cruise at 22–23 knots. IPS pod drives became available starting in 2007.