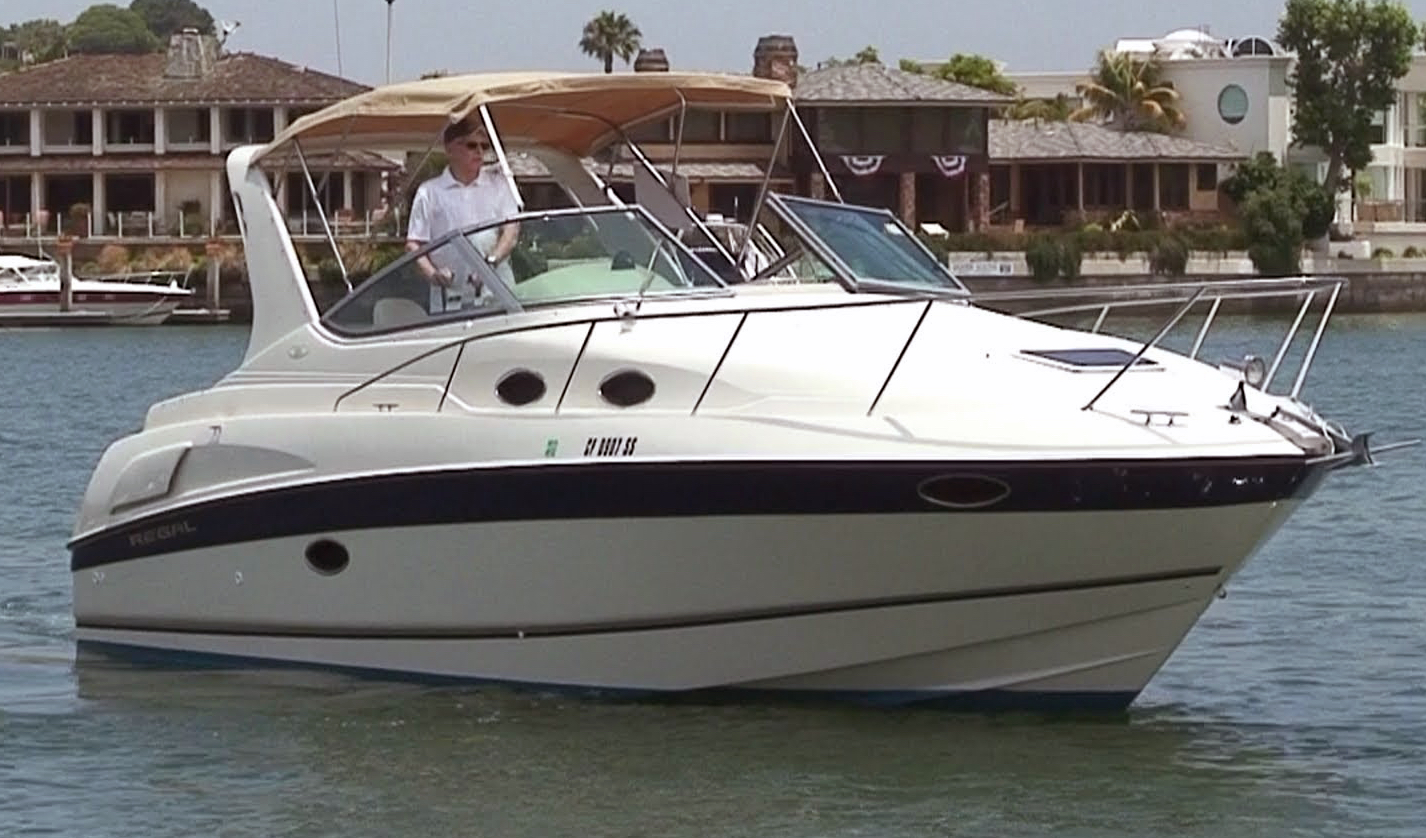 Name: 292-2960-3060 Commodore
Length: 29
Hull Type: Deep-V
Gross Weight: --
Fuel Capacity: 150 gals.
Model Years: 1995—2003
Draft: --
Beam: 10'4"
Water Capacity: 35 gals.
Waste Capacity: 30 gals.
Length w/ Pulpit: --
The Regal 292 Commodore (called the 2960 Commodore in 2000–2001; 3060 Commodore in 2002–03) is an upmarket sterndrive cruiser with an attractive blend of crisp styling and comfortable accommodations. She was built on a solid fiberglass hull with a relatively wide beam, a sharp entry, and innovative trim tab pods beneath the swim platform. In the European fashion, she was one of a growing number of 1990s sportboat designs with no bow pulpit. Her plush, full-beam interior (there are no side decks) includes double berths fore and aft and a convertible dinette in the salon—berths for four adults and two kids. There are privacy curtains for both staterooms, and the rich furnishings and Corian countertops lend a touch of luxury seen only in better-quality boats. The cockpit has a U-shaped lounge aft that converts into a sun pad, a transom door, and a wet bar. Additional features include a walk-through windshield, radar arch, and—after 2002—an optional extended swim platform. Among several engine choices, twin 260hp MerCruiser I/Os cruise at 22 knots (high 30s top), and twin 280hp Volvo gas engines cruise at 24 knots (about 40 knots top). Note that a new 3060 Commodore was introduced in 2004.