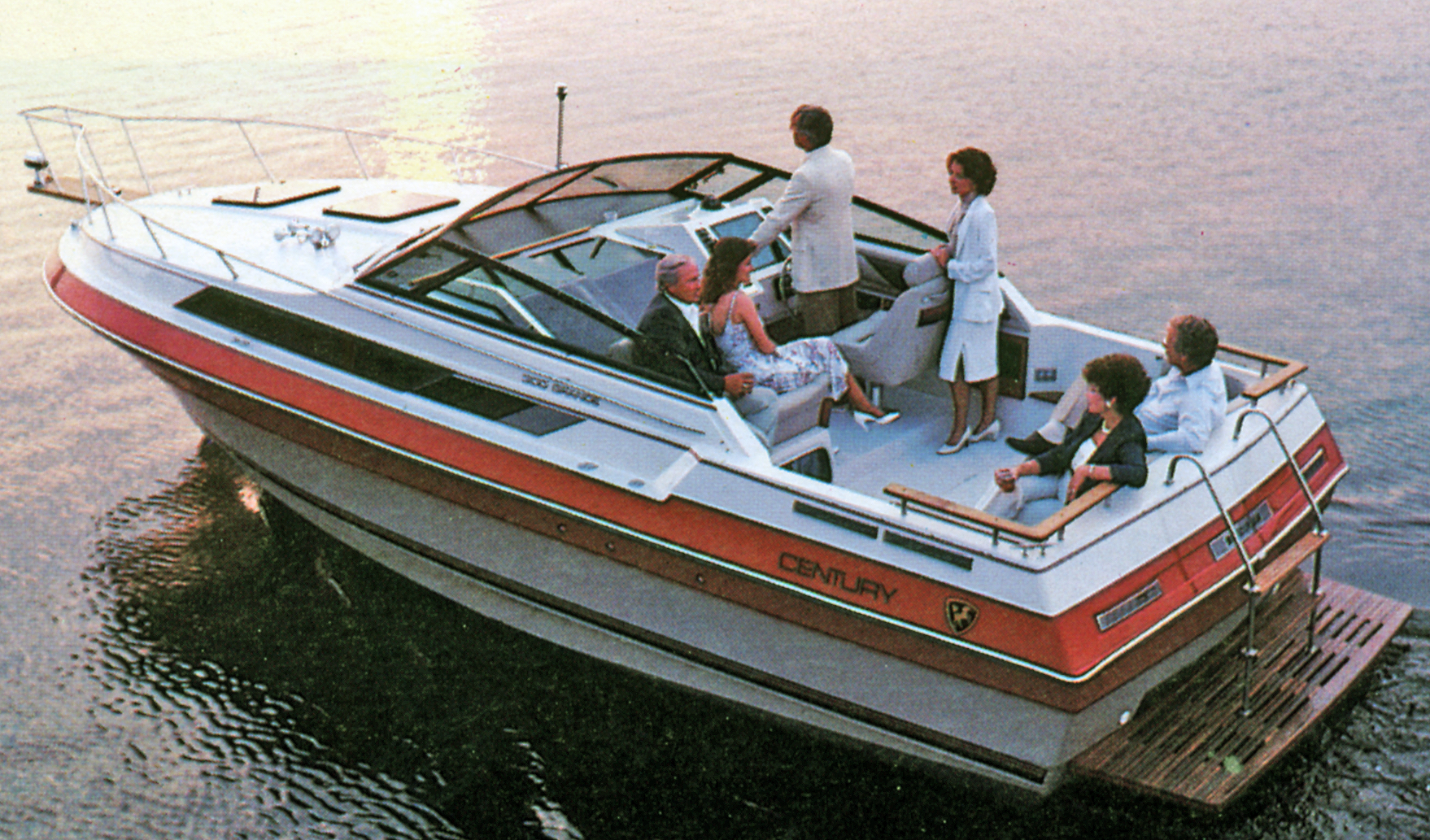 Name: 300 Grande
Length: 29'1"
Hull Type: Modified-V
Gross Weight: --
Fuel Capacity: 144 gals.
Model Years: 1984—1989
Draft: 2'10"
Beam: 10'6"
Water Capacity: 23 gals.
Waste Capacity: 30 gals.
Length w/ Pulpit: --
The largest boat in the Century fleet for several years during the late 1980s, the 300 Grande was a popular model in her day due to her then-modern styling, versatile accommodations, and a competitive price. Hull construction is solid fiberglass, and it’s worth noting that the Grande was built with foam flotation for an added measure of safety—unusual for a boat this size. Several midcabin floorplans were utilized during her production run, and all provided berths for six along with a full-size galley and enclosed head compartment with sink and shower. Folding curtains separate the sleeping areas from the main salon and the convertible dinette will seat four adults comfortably. Outside, the cockpit seats six and includes a folding transom seat, a double aft-facing companion seat, and a swivel bucket seat at the helm. A bow pulpit and a teak swim platform were standard, and a radar arch and trim tabs were popular options. Among several single- and twin-engine sterndrive options offered during her production years, a pair of 260hp MerCruiser I/Os cruise at 22–23 knots and reach a top speed of 30+ knots. V-drive inboards were also available.