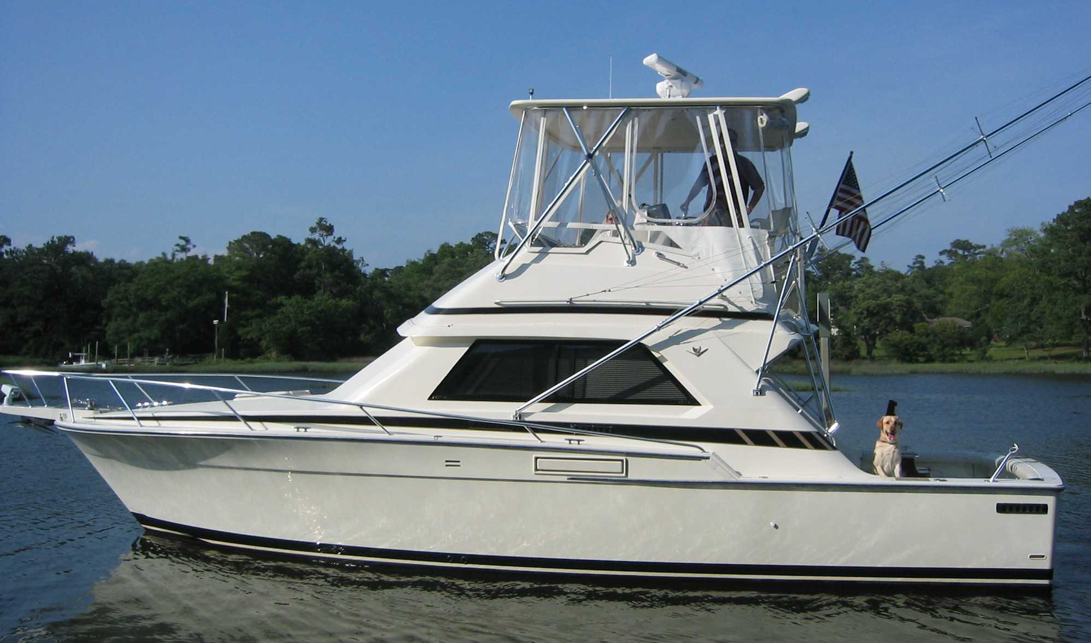 Name: 37 Convertible
Length: 37'9"
Hull Type: Deep-V
Gross Weight: --
Fuel Capacity: 473 gals.
Model Years: 1986—1993
Draft: 3'9"
Beam: 13'3"
Water Capacity: 100 gals.
Waste Capacity: 50 gals.
Length w/ Pulpit: --
The Bertram 37 Convertible is widely viewed as one of the best midsize convertibles in her class. She was introduced in 1986 at a time when Bertram and Hatteras pretty much owned the market for tournament-class sportfishing boats. With her classic convertible styling and capable deep-V hull, the Bertram 37 made the cut when it came to build quality and open-water performance. Entering the salon from the cockpit, an L-shaped convertible sofa to starboard sleeps two. On the opposite side of the salon and forward is the galley with under-counter refrigerator, two-burner cooktop, and microwave oven. Forward and down three steps to starboard is the guest stateroom with upper/lower bunks and a pocket door for privacy. Opposite the guest stateroom is the large head with separate shower stall. Continuing forward is the master stateroom featuring queen island berth, cedar lined closet, and storage drawers. Woodwork is light oak or maple, and a rod locker is built into the salon overhead. A bow pulpit, transom door, and tackle center with sink were standard. Engine access is via a hatch in the salon sole. GM 450hp 6V92 diesels cruise at 25–27 knots, 550hp 6V92s cruise at 28–30 knots.

Feature-rich tournament fisherman is widely viewed as one of the best midsize convertibles of her era.