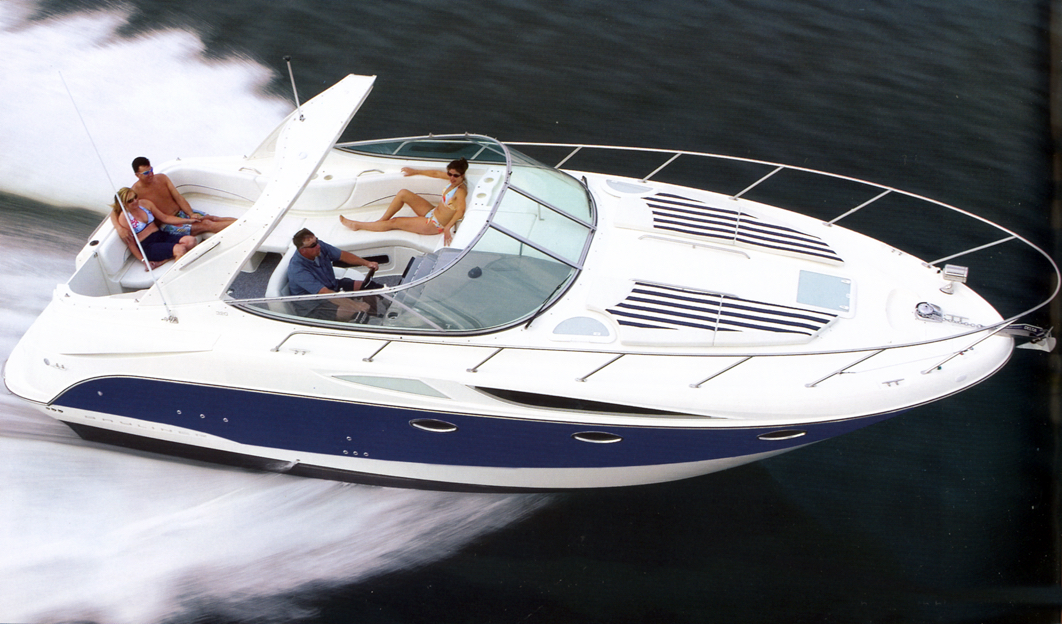 Name: 320-335 SB Cruiser
Length: 32'6"
Hull Type: Modified-V
Gross Weight: --
Fuel Capacity: 160 gals.
Model Years: 2008—2012
Draft: --
Beam: 11'0"
Water Capacity: 35 gals.
Waste Capacity: 30 gals.
Length w/ Pulpit: --
The Bayliner 320 SB Cruiser (called the 335 SB Cruiser in 2010–2012) was the largest boat in the Bayliner fleet before the builder exited the big-boat market for good in 2013. A low price was her main attraction—few builders were able to match Bayliner when it came to price—and the old complaints about poor Bayliner quality were long past by the time the 320 SB made her debut in 2008. Built on a solid fiberglass hull with moderate beam and an integrated swim platform, the Bayliner 320/335 SB's midcabin interior is similar to most express cruisers her size, sleeping four in two cabins, or six by converting the dinette. There’s an angled double berth forward, separated from the salon with a privacy curtain rather than a solid door. An L-shaped lounge and dinette table are to starboard, and the standup head comes with an electric toilet and shower. The portside galley includes a refrigerator, microwave, and single-burner electric stove. In the cockpit, an extended portside lounge, transom gate, swivel helm seat with flip-up bolster, and molded refreshment center are standard. Cruise at 25 knots with twin 300hp MerCruiser I/Os (high 30s top).